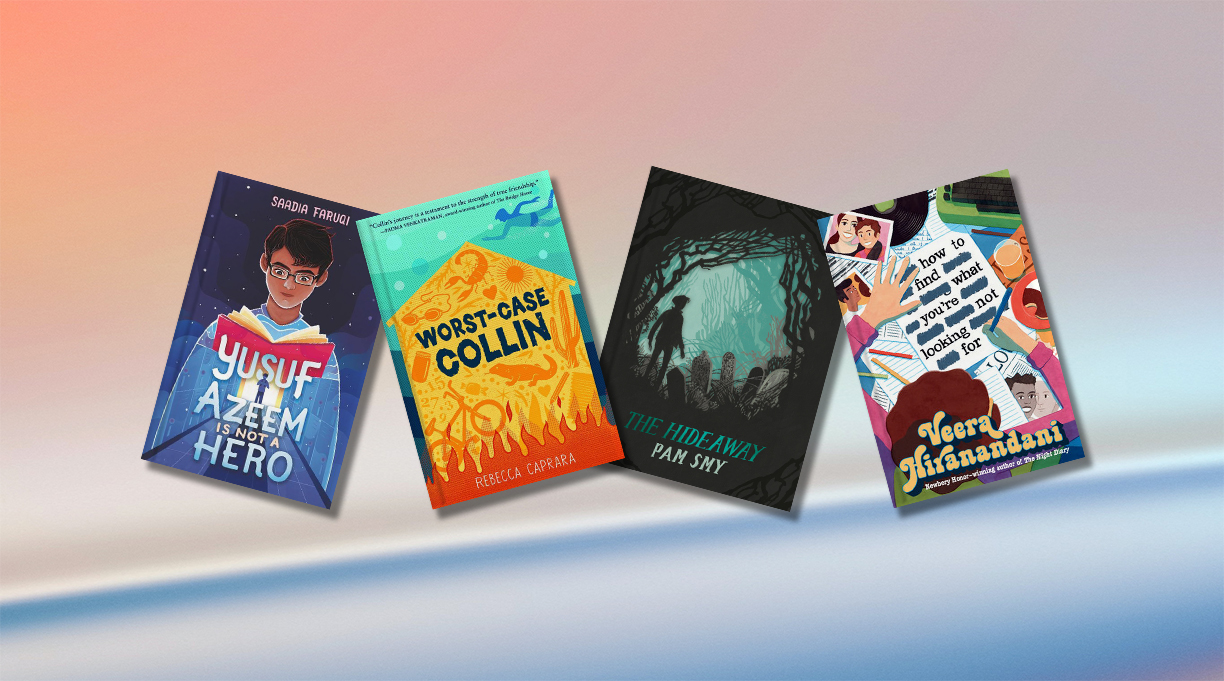 Background by mymind on Unsplash

Jerry Craft, author of the multiaward-winning graphic novel New Kid, about an African American boy navigating a mostly White prep school, recently shared a message he received from a sixth grade English teacher in Brazil. The teacher reported that using the book with his students had “been an amazing experience since it has opened their minds and their eyes to situations they had never experienced.…Many students have told me it’s the best book they’ve ever read.…One of my students said he is now a better person because he’ll be able to understand things he couldn’t before.”

A hallmark of memorable middle-grade writing is that the authors see through the eyes of children with an awareness that simply being young is no protection against tough times or an obstacle to understanding life’s complexities. Without lecturing or condescending, they make their books welcoming spaces to explore hard topics that often have no tidy resolutions. Sometimes a child is living through challenges and needs to see that they are not alone; sometimes they benefit from understanding someone else’s experiences so they can be a better friend. These fall 2021 titles are notable for the resonant ways their authors speak to the fullness of middle-grade readers’ lives, not shying away from difficult truths but also highlighting small triumphs, everyday joys, and realistic hopes.

Worst-Case Collin by Rebecca Caprara (Charlesbridge, Sept. 28): The sudden death of Collin’s mother and his father’s inability to cope, let alone help his son, have contributed to the sixth grader’s severe anxiety. This sensitive and emotionally insightful verse novel includes excerpts from the notebook he obsessively keeps, listing ways to survive a range of scenarios from indigestion to typhoons and house fires. Collin believes that being prepared will help protect him: “Which is harder / than it sounds / when you’re in middle school / and calamities of various sorts / occur daily.”

Yusuf Azeem Is Not a Hero by Saadia Faruqi (Quill Tree Books/HarperCollins, Sept. 7): The 20th anniversary of 9/11 forces a Texas 12-year-old to come to terms with the impact of this tragedy on his Pakistani American family and American Muslims generally. Yusuf reads a diary his uncle wrote in 2001, when he was also 12, and develops a better understanding of the ways Islamophobia continues to do harm. This honest and affirming novel presents a complex, memorable story that adds nuance to the incomplete framing of 9/11 as a unifying event for Americans.

How To Find What You’re Not Looking For by Veera Hiranandani (Kokila, Sept. 14): Set in 1967, the year Loving v. Virginia put an end to laws prohibiting interracial marriage, this novel follows 11-year-old Ariel Goldberg, a Jewish girl in Connecticut whose older sister falls in love with a Hindu immigrant from India. Ari’s parents’ angry disapproval leads to a painful family rift, something she tries to make sense of even as she struggles in school with a learning disability and casual antisemitism. The clever use of the second person makes this an immersive, moving, and ultimately heartening read.

The Hideaway by Pam Smy (Pavilion Children’s, Oct. 5): “Billy hadn’t realized how happy they had been until…little by little their past life was tidied away, as if it had never even existed.” For an English boy, the five years since he and his single mother moved in with her ever more controlling and abusive boyfriend have grown increasingly intolerable. Finally, Billy runs away, hiding out in a concrete bunker in an overgrown graveyard—a bold move that brings unexpected connections—in this haunting, gorgeously illustrated novel. (Read our interview with Smy.)