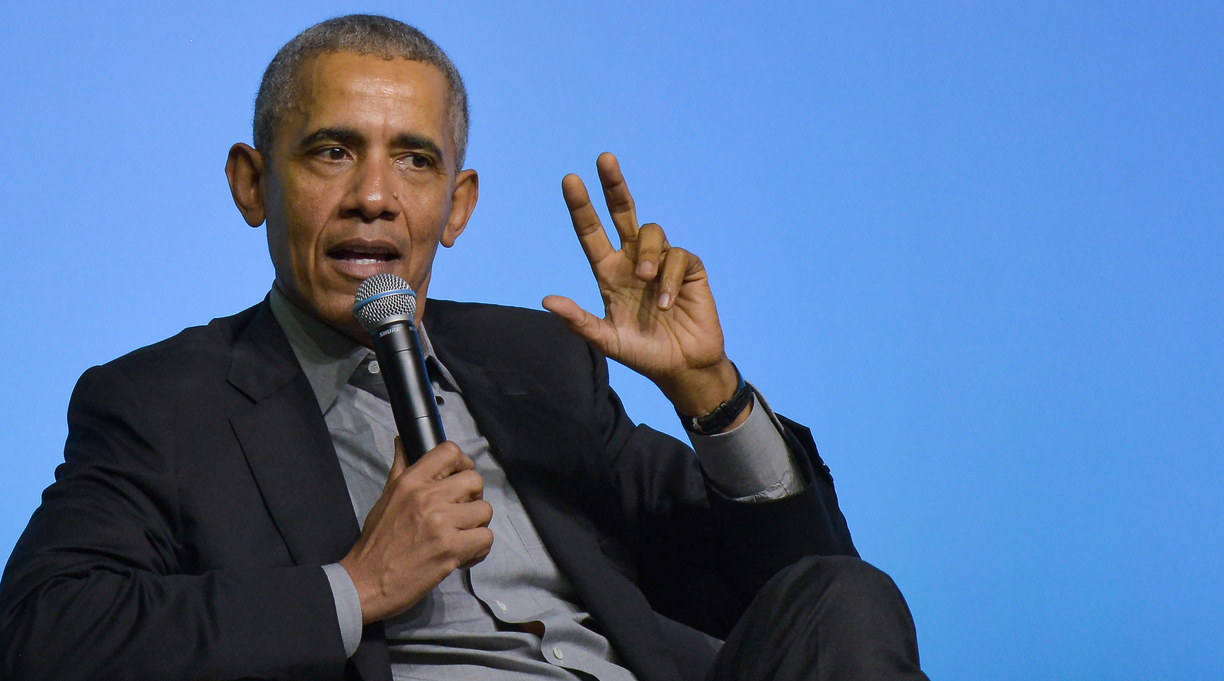 Who knows? Former President Barack Obama could be lurking in the waiting room of your next Zoom meeting.

Obama recently showed up for a virtual conversation with 26 students participating in The Telling Room’s Young Writers Leaders (YWL) program, a nine-month intensive after-school program for international, multicultural, and first-generation Maine high school students. The conversation comes not long after the former president’s unannounced appearances at a Chicago public school assembly and the book club meeting of a Washington, D.C., independent bookstore.

The latest visit took place after Obama surprised the students—who represent 11 nations, including Angola, Burundi, Congo, Ethiopia, Iraq, Jordan, Kurdistan, Rwanda, Somalia, Sudan, and the U.S.—with a note inviting them to join him in a wide-ranging, candid conversation about their literary hopes and dreams.

The students greeted the former president by holding up copies of A Promised Land, the bestselling first volume of his presidential memoir.

Responding to student questions, the former president touched on topics including identity, patience, resilience, and the need to stand up against injustice.

The students, who speak 20 different languages, have spent the past few months writing poetry and are currently working one-on-one with mentors to develop an original personal narrative. The collected stories will be published in an anthology in the spring. Obama told the students that writing can be difficult and encouraged them to reach out and ask for guidance from people doing what they hope to do.

Asked about his go-to playlist song, Obama said that he didn’t listen to music while he wrote because he tended to get distracted, singing and dancing.

“I’ve got a great playlist. I will put my playlist next to anyone’s playlist,” he told the group, “but when I’m writing, I can’t listen to that stuff because I get too into it.”

The online news outlet NowThis has shared a video with highlights from the conversation.

“He was in our shoes at one time,” said Khalil Kilani, a student in the program who immigrated to Maine from Iraq in 2011. “Your path isn’t always clear, and look at him, he became president, and he’s here talking to us. It gave me inspiration.”