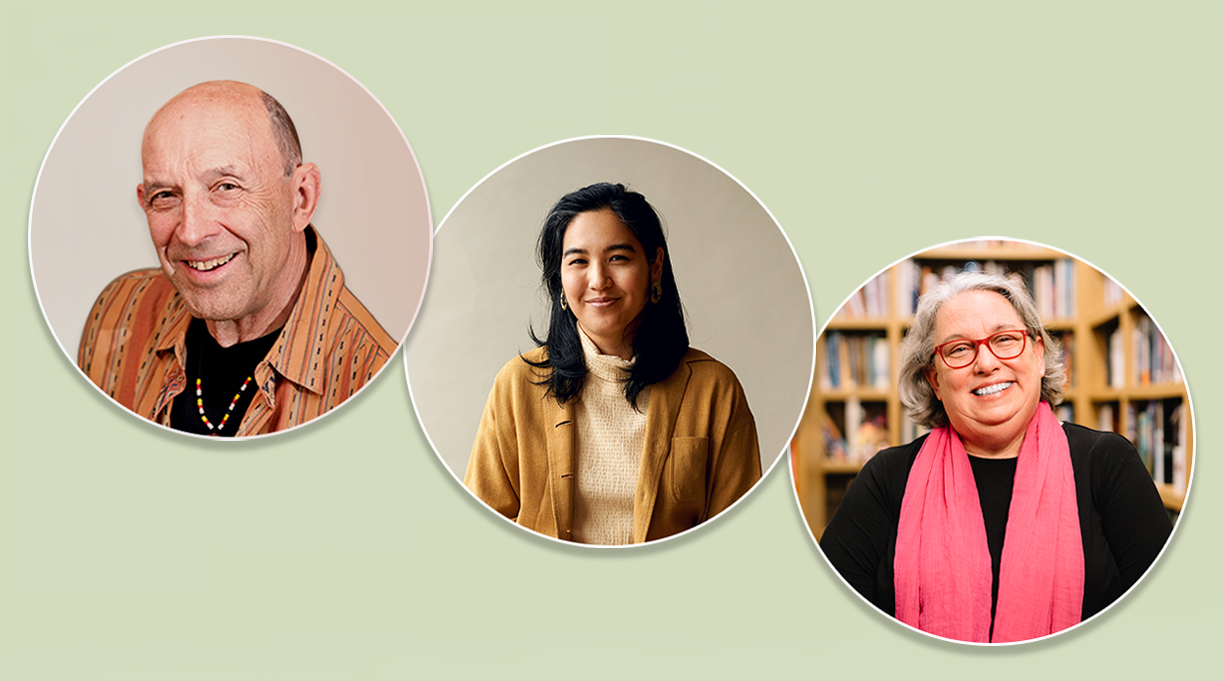 Ely S. Parker (1828-1895) might be the most remarkable American hero you’ve never heard of. Born into an Onondowaga (Seneca) clan in the Six Nations of the Haudenosaunee (Iroquois) in New York, he ascended to the highest levels of leadership in both Native and European American societies. He was a translator, diplomat, attorney, engineer, lieutenant colonel in the Union Army, and lead draftsman of the terms of Confederate surrender at Appomattox. Later, under President Ulysses S. Grant, he became the first Native American to serve as U.S. Commissioner of Indian Affairs.

“In the culture that he was raised in, you could be, in fact, quite eccentric, as long as you committed yourself to the good of the community,” says Joseph Bruchac, author of the middle-grade biography One Real American: The Life of Ely S. Parker, Seneca Sachem and Civil War General (out Oct. 27). “I’d certainly agree that Ely S. Parker was a person devoted to his various communities, and I think he carried those Haudenosaunee, or Iroquois, values into his everyday life within the world of the European American.”

Those values, says Bruchac—a Nulhegan Abenaki citizen who has devoted his life to Native American scholarship, storytelling, and song—include respect, cooperation, consensus, and not taking yourself too seriously. Parker’s exemplary character led to his election as Seneca sachem, one of 50 leaders or chiefs of the Six Nations. He was given the name Donehogawa, or “Keeper of the Western Door of the Longhouse of the Iroquois.”

“To be chosen as a leader or a chief, it wasn’t a popularity contest or a majority vote,” Bruchac says. “It was based on how you had behaved your entire life as judged by the women of your clan. He couldn’t get away with much and still be chosen as a leader….In that way, the book is very much a story of the power of women, even though it’s a story of one man.”

There’s nothing more American than a belief in the power of the individual to make a difference. But as Ely S. Parker’s life story shows, marshaling your unique talents and abilities in service to community—not for glory, not for fame—fulfills your potential as a citizen of a great nation (or two). This fall, Abrams Children’s Books will publish One Real American and other works by award-winning authors that celebrate civic engagement. From Andrea Beaty’s chapter book Sofia Valdez and the Vanishing Vote (Oct. 6) to Jillian Tamaki’s picture book Our Little Kitchen (Sept. 22), these titles highlight the many ways kids can get involved in their communities and make a difference in the world.

Sometimes it starts with joining a work in progress. Tamaki’s Our Little Kitchen is a colorful pen-and-ink–style picture book based in part on the Canadian American cartoonist and illustrator’s experience of volunteering at a small secular community kitchen in Greenpoint, Brooklyn.

“I wasn’t welcomed with open arms or even a hello,” Tamaki writes in an author’s note. “ ‘You can start by peeling those potatoes,’ maybe. It was a busy, working kitchen—there was just too much to do. I put my head down, did as I was told, and tried not to get in the way. I came again the following week. And the week after that. Eventually the kitchen crew softened to me. I was part of the team.”

“We’re such an individualistic society that sometimes I think our first instinct to want to help is as an individual,” says Tamaki, who now lives in Toronto and volunteers at Parkdale Project Read, a community-based literacy program that also inspired the book. “What can I start? What can I spearhead? What can I innovate? Sometimes it’s [about] joining a group of people that is doing this stuff already…supporting and blending and adding to something that already exists.”

In Our Little Kitchen, people of all ages, abilities, ethnicities, and body types come together to cook and serve a hearty meal made from what’s on hand: beans, carrots, half a bunch celery, 10 radishes—it all goes in the pot. They break day-old bread, exchange pleasantries, and check in with one another, nourishing body and soul.

“Who brings us the food, who grows the food, who makes society work?” Tamaki asks. “As the system—as governments—have really strained to appropriately care for our communities and our neighbors [in the pandemic], it’s been really inspiring and amazing to see people step up and start providing and acting politically on behalf of others who might not be a part of that group.”

Sometimes, civic engagement means assuming an important role on behalf of the group. In Sofia Valdez and the Vanishing Vote by Andrea Beaty, a Latinx second grader who steps up to run the election to choose a new class pet must manage the competing interests of classmates, family, and friends. It’s a fun, funny, educational look at what it means to be a citizen, an official, and, above all, a voter.

“There are consequences if you vote,” says Beaty, the popular and prolific Chicago-based author of the Questioneers series. “There are also consequences if you don’t vote, and when you vote you need to think of more than yourself. I may not have a particular dog in a fight, I may not have a particular candidate, but I’ve learned to think how stances I might take could affect a community of people who are underrepresented or someone who doesn’t have a voice.”

With help from friends, a few trusted adults, and the local library, Sofia weighs her responsibilities to various communities before casting her vote. In the end, she must make the choice—her vote, her voice—which is key, Beaty says. Both the Vanishing Vote and One Girl, a picture book publishing on the same day, written by Beaty and illustrated by Dow Phumiruk, essentially empower young readers to embrace who they are.

“To every kid, I say, celebrate who you are,” Beaty says. “Every person brings to the world their own set of gifts and talents and their own view of the world, and that is valuable. Every person has a special way of looking at the world, and we never know when that one particular view might be just exactly the one we need.”