On the Road With Morgan Jerkins 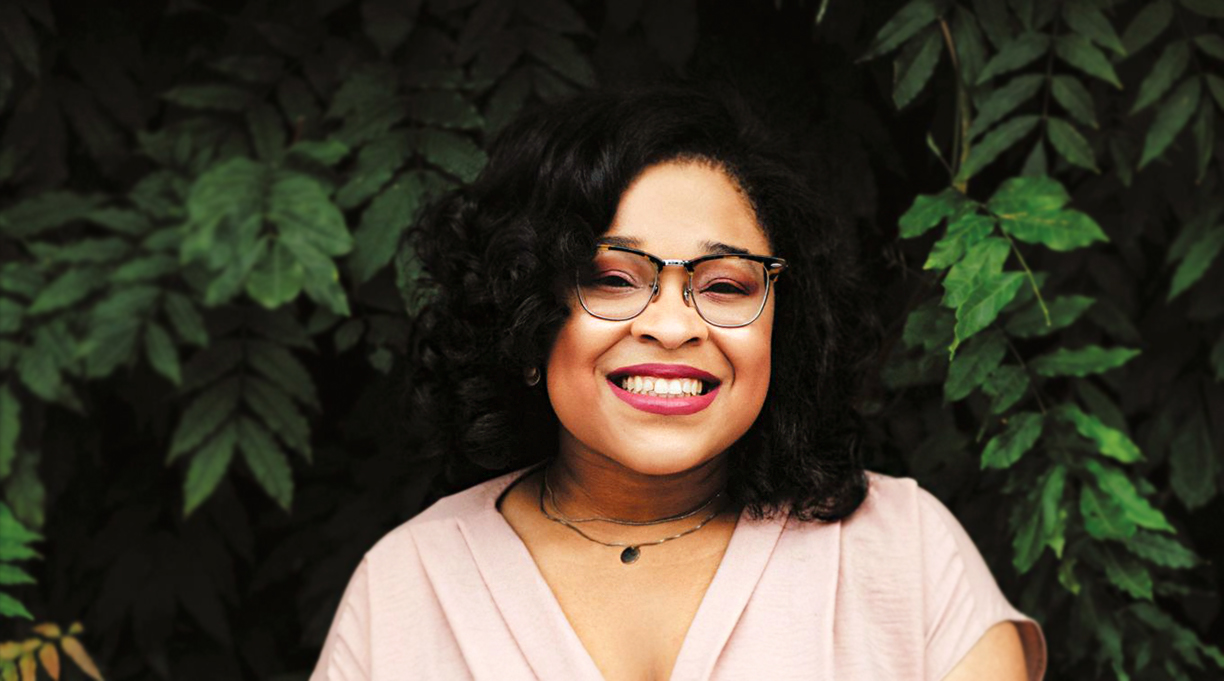 Journalist Morgan Jerkins writes that in her family, “No one spoke about the past—the goal was to move forward and never look back.” Jerkins, a senior editor at Zora and author of the essay collection This Will Be My Undoing (2018), was born and raised in New Jersey and now lives in New York. But she knew that forebears on both sides had come from the South, joining millions of African Americans on the Great Migration to New York, Chicago, Los Angeles, and other northern destinations in the years from 1915 to 1970. For her new book, Wandering in Strange Lands: A Daughter of the Great Migration Reclaims Her Roots (Harper/HaperCollins, Aug. 4), Jerkins, 28, hit the road to learn more about the places her people came from, with stops in the low country of South Carolina and Georgia, Louisiana, Oklahoma, and Los Angeles. The Kirkus reviewer calls it a “revelatory exploration of the meaning of Blackness.” Jerkins spoke about the book over Zoom; the conversation has been edited for length and clarity.

The book is very thoroughly reported and researched—you have endnotes for everything—but it’s also very personal. The reader is really making this journey with you.

I’m a young woman. I’m only 5 feet tall, I wasn’t carrying a weapon, I was in the Deep South. I was traveling sometimes through “sundown” towns [all-White communities where, historically, Blacks were not welcome after dark]. All I had was my recorder, my cellphone, and gas in the tank—that’s it. When I went into Black communities, I had to really humble myself and say, yeah, we’re Black—our histories are interrelated, but they’re not completely overlapping. I wanted to bring [readers] into this intimate space—my thoughts and feelings—because for a lot of the trip I was alone. You’re sitting in a hotel room, and you’re processing such heavy material—I wanted readers to feel that with me.

How did you approach going into these unfamiliar places and getting people to open up and talk to you about their lives and their histories?

Even though I’m a Black person, I was viewed in certain parts—especially in the Gullah Geechee community [of Georgia and South Carolina]—with a certain hesitation. I’m viewed as a part of the establishment because I was in New York, I had a New York publisher, and I’d written for mainstream publications. I knew that a lot of these communities had a terrible history of people coming in there without a liaison, sometimes interviewing them without their consent, recording them, and it would be part of somebody’s scholarship without giving proper acknowledgement. So I researched people online before I traveled, and I would email them, tell them who my publisher was, give them a link to my website, so they could see I was legit. And I would talk to them on the phone prior to going there.

In Hilton Head, South Carolina, you see how the Gullah Geechee community, often without formal deeds to the land, has been pushed aside to make way for the tourism industry.

It’s considered one of the most prime vacation spots in the country, and there’s this romantic nostalgia for the South. Anywhere you go, it’s Plantation Café, Plantation Street, Plantation Road, Plantation Grill. What in the world? What does that say to Black people? Any time you turn down a road, when you go into a store, it reminds you of the carnage. Take a look at where you live. Take a look at the landscape. Take a look at the residential communities, and ask yourself what came before it. What was erased for you to be able to vacation in Hilton Head? Who was uprooted? Who’s buried underneath the place where you play golf?

When you were in Louisiana researching the Creole side of your family, you encountered some uncomfortable truths. Could you talk about that?

So much of what I’ve been taught about my Blackness is very streamlined and narrow: Your ancestors were captured from the West African coast, they made the treacherous journey across the Atlantic Ocean, they landed in the Colonies, they were enslaved, they were freed by the Emancipation Proclamation. The civil rights movement. Obama. That’s it. I didn’t know that free people coexisted [with enslaved people]. I didn’t know that there were free people of color who owned slaves themselves and participated in the plantation economy. That was hard for me, because so much of what I predicated my Blackness on in the American context is subjugation, is oppression. That’s why I kept reiterating in that section: I’m uncomfortable. I’m uncomfortable.

In Oklahoma, you really examine the connections between Indigenous and Black people. It’s a painful history.

So many Black people I know will say, I’m part Cherokee somewhere. Nowadays we attribute that to anti-Blackness, attribute that to trauma. Your great-grandmother said that because she didn’t want to say that she was raped by a White man because she was a maid in his house. Sometimes we tell ourselves fables and stories to deal with the real harsh truth. But is everybody’s grandmother lying? Is everybody’s Black grandmother under some collective delusion about their lineage? Then when I did the research—OK, there were five slaveholding [Indigenous] nations. One of them, the Seminole nation, didn’t really participate in chattel slavery, but Black people were in their midst. And the Cherokee tribe was the largest slaveholding nation in the country. They were based in the South, so when they moved across the Mississippi into Indian Territory, South Oklahoma [on the Trail of Tears], who did they take with them? When you say my mother was part Cherokee, she could have still been Black. But she was a part of the Cherokee Tribe, she made that journey with them.

The final section of the book brings you to Los Angeles. So many people fleeing the Jim Crow South hoped it would be the promised land. But once they get there, they find it’s not so promised, right?

No, it’s terrible. I interviewed a woman who witnessed both the 1965 and 1992 riots. She told me, in America, it’s just the Up South or the Down South. They pushed [Blacks] into these overcrowded projects with bad sanitation and few recreational sources. Even with the LAPD, there were Ku Klux Klan members in so many different California police departments. We went there and the stuff that we fled greeted us in another area code. Nothing changed. It was cyclical. Just like what we’re seeing today with the state violence. That’s cyclical. Same thing.

Morgan, is there anything you want to add that we didn’t touch on?

I will just say that I had privilege in getting this book done. I was able to travel and gather this research because I had the money to do it from my book deal. I often think about Zora Neale Hurston—the reason why she was able to travel and collect these stories in the South and in the Caribbean is because she had a wealthy patron. It’s something I just want to keep in mind. Yes, I felt unfettered in my imagination and I felt like I could really run wild. But the reason why I could run wild is because I had that money.