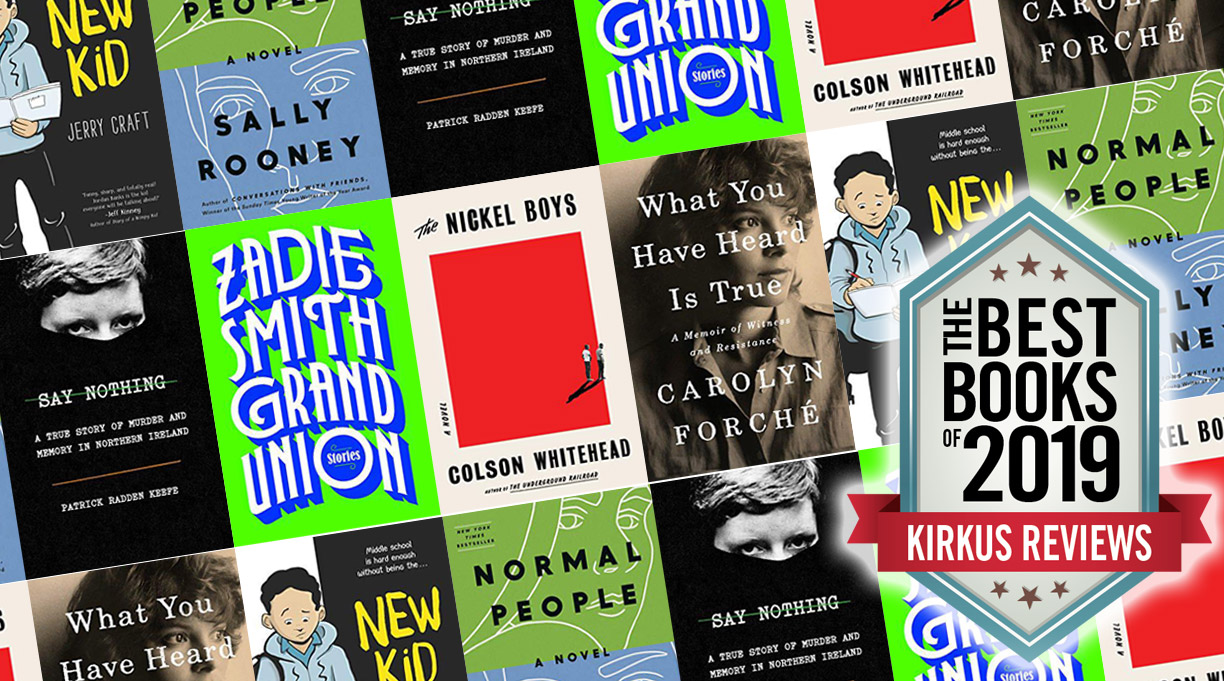 When you’ve reviewed more than 7,000 titles published in 2019—as Kirkus Reviews did this year—selecting the Best Books of the Year is no small undertaking. Our section editors work overtime combing through the year’s reviews, giving titles second and third looks, making sure they haven’t overlooked a hidden gem. They inevitably ask for deadline extensions—granted, if possible—before setting the final roster in stone. (“OK, I’m done shuffling books around and have committed to my Best of 2019. Now stepping away from the piles!” as young adult editor Laura Simeon wrote when she sent me her list.)

This week we’re rolling out our Best Fiction list—100 titles from presses large and small, and authors known and unknown, that represent the outstanding novels and story collections that we saw this year. In the coming weeks we’ll present the best children’s, young adult, nonfiction, and indie books. We’re proud of these lists and excited to share them with readers; it feels a bit like opening night after months of hard work and rehearsals.

And since I can’t resist a book list, I looked back on my own year in reading and identified a few favorites— a far smaller and more subjective list:

New Kid by Jerry Craft (Harper/HarperCollins, Feb. 5): Since coming to Kirkus, I’ve had the opportunity to learn a lot more about books for young readers, and the title that won me over completely was this autobiographical graphic novel. New Kid follows Jordan, a young African American boy and aspiring comic artist as he ventures from his racially diverse neighborhood of Washington Heights in Manhattan to attend Riverdale, a predominantly white private school in the Bronx. Jordan’s story is told with humor, insight, honesty, and a lot of heart. It won this year’s Kirkus Prize in Young Readers’ Literature.

Say Nothing: A True Story of Murder and Memory in Northern Ireland by Patrick Radden Keefe (Doubleday, Feb. 26): This absorbing and edifying narrative about the conflict in Northern Ireland, known colloquially as the Troubles, spirals out from the 1972 murder of a Belfast widow and mother of 10, suspected by the Irish Republican Army of passing secrets to the British. It was selected as a finalist for this year’s Kirkus Prize in Nonfiction.

What You Have Heard Is True: A Memoir of Witness and Resistance by Carolyn Forché (Penguin Press, March 19): This nonfiction book by an acclaimed poet succeeds both as an account of the author’s political coming-of-age and a vivid portrait of El Salvador on the brink of civil war in the late 1970s and early ’80s. The memoir Forché has constructed decades after her initial visit is both lyrical and acute, an elegy and a cautionary tale.

Normal People by Sally Rooney (Hogarth/Crown, April 16): Some novels come so buffeted by hype they can’t fail to disappoint. Not this one by the so-called millennial wunderkind author of Conversations With Friends. It’s a closely observed anatomy of the relationship between Connell and Marianne, two young Irish people who fall in love as teens in their provincial Irish town and find their lives and selves transformed after moving to Dublin for university. I never wanted it to end.

The Nickel Boys by Colson Whitehead (Doubleday, July 16): Less wildly innovative than the author’s previous novel, The Underground Railroad, The Nickel Boys is more heart-rending and moving—the story of a young African American boy wrongly sent to a juvenile reform school in 1960s Florida, where he will be broken both in body and spirit. It won this year’s Kirkus Prize in Fiction.

Grand Union by Zadie Smith (Penguin Press, Oct. 8): Already a fan of Smith’s novels and essays (Feel Free was a nonfiction favorite last year), I discovered that I love her short fiction, too. This is a wild, kaleidoscopic collection written in a variety of styles, from experimental to realist, all colored by the author’s wit and intelligence. I know that I’ll go back to reread stories such as “Sentimental Education,” “The Lazy River,” and “Miss Adele Amidst the Corsets.” Shouldn’t a “Best Book” be one we revisit again and again?