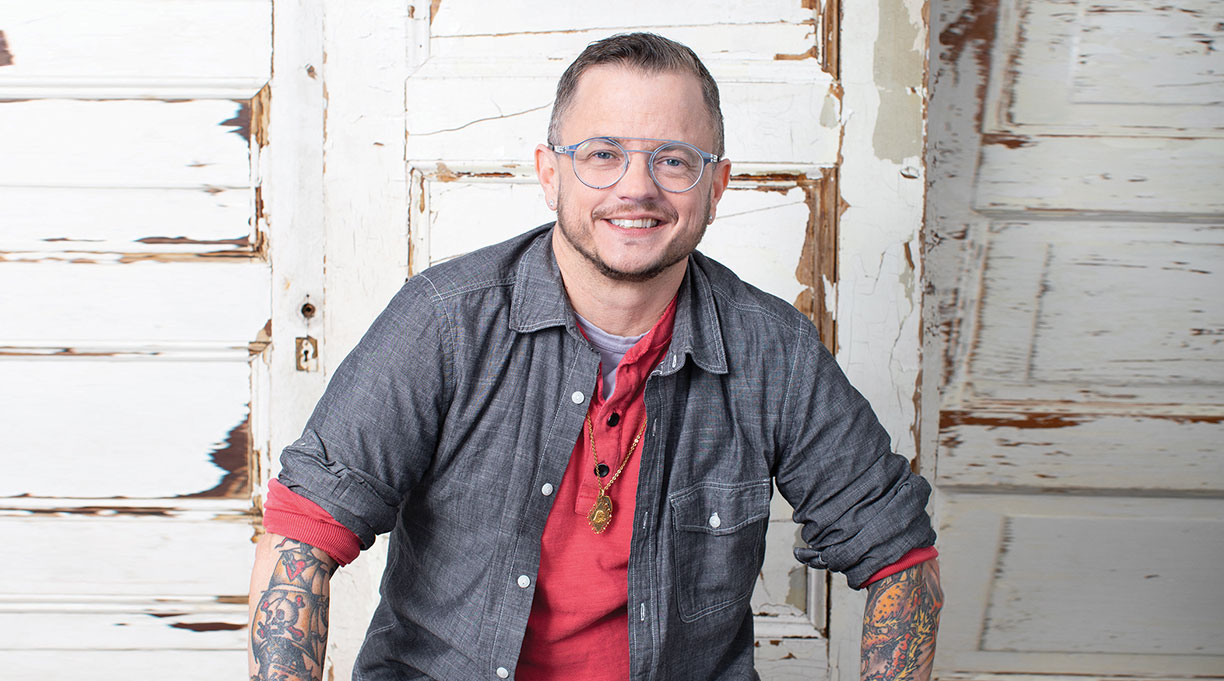 P. Carl began his transition in his early 50s. His memoir, Becoming a Man: The Story of a Transition  (Simon & Schuster, Jan. 28), is as much a portrait of the female facade, the name and body he inhabited for decades, as it is a portrait of the man he was and is. And, because the last 50 years have seen such massive change around the politics and experience of gender and sexuality in the United States, it is also the portrait of an era. Back when he presented as a butch lesbian, however false that was, Carl could never hide. Now he is a straight white man, and everyone sees him that way. He therefore has the capacity to fade into the fabric of an increasingly sexist, white-supremacist mainstream. Indeed, he must now choose every day whether to step aside from his new, and extreme, privilege. The book is honest, bracingly intelligent, plainly written, often painful, never glib—a terrific and mature addition to the canon of transition memoirs.

Carl, who lives in Boston and is a distinguished artist-in-residence at Emerson College, lost friends—and almost lost his wife—even as he gained a fierce, happy completion in his masculinity. “A friend called,” Carl explains. “There’s a lot in the book about my enjoyment of masculinity. I was worried she’d hate it. She said, ‘This is like a feminist manifesto.’ That’s the best compliment I’ve gotten. I wanted to explain what it was to be totally estranged from being a woman and to be living it simultaneously.”

He continues, “Before my transition I led parallel lives. I was feeling one thing and thinking another thing. The intellectual project—gender theory, radical politics—was everything. My head could absolutely outrun my body. The big arc of the book is learning that bodies have much more power and velocity than the mind. I’ve always been all head, and what I’ve learned is that as much as the head is very useful, the body wins most of the arguments.”

But if he is now complete within his body, the world around him vibrates differently, especially in this political moment. “I’ve always felt and acted like a man, so I don’t feel different in that way. But behaviors look different from the outside. What a woman does and a man does are understood differently, and you can’t know what that’s like until you’re in the other body. You can’t know that when you walk to the park, a woman is looking at you like you might assault her. I recognize that look on a woman’s face. I was going through the early stages of transition right when the Bret Kavanaugh horror was going down. In the wake of that, in the wake of so much that has recently happened, how do I deal with my own reality of being a white man, of wanting to find more complexity in masculinity?”

At the heart of Becoming a Man is Carl’s marriage, which has survived the transition—but only just. He is fearlessly honest about that difficulty. “Not one word of the letter at the center of the memoir, the one I wrote to my wife at the most painful moment, has changed. It’s about the only thing I did not revise….She carries that letter with her everywhere. I was naïve—of course a lesbian wouldn’t have wanted to be married to a man. It’s so obvious, yet I think I thought that after 20 years together, she knew as much as I that I was not a woman. The decision I made to choose me and this journey and to risk everything was a choice between life or death. I attempted suicide several times. It would have ended that way. Otherwise I would never have done anything to risk our marriage. The letter is really an exploration of what love can actually mean. Can love itself be enough? How important is sexual identity and gender in a situation like that?”

Not long after his transition, Carl’s wife was diagnosed with cancer. “The relationship was stripped bare between my transition and her cancer. The way I survived to 50 was by inhabiting other people’s stories, and making theater, and reading books, and seeing movies, and every part of my life was about finding other ways to find myself because I was not in the mirror or my own photos. Now that’s different. She’s in every line of that book about me, she’s in every line of that journey. I feel…gratitude. We both survived.”

Bethany Schneider is an associate professor of English at Bryn Mawr College. Becoming a Man was reviewed in the Oct. 15, 2019, issue.