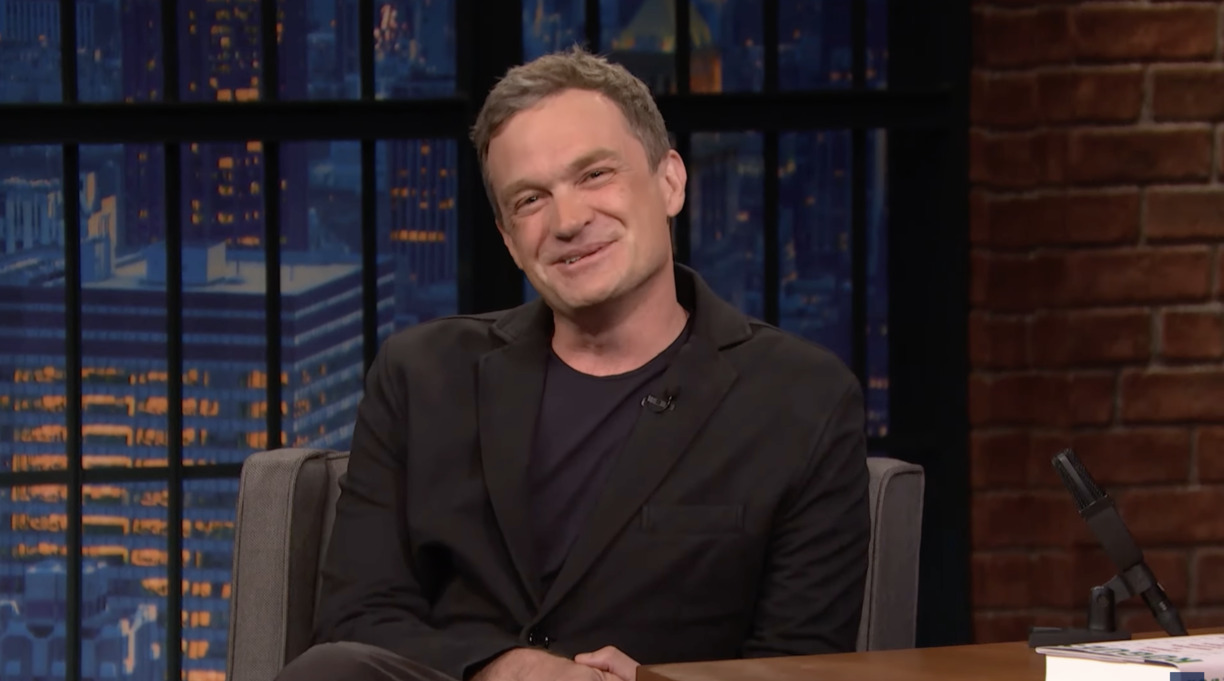 Radden Keefe’s book, published Tuesday by Doubleday, collects 12 of the author’s reported pieces from the New Yorker. A critic for Kirkus praised its “thought-provoking examinations of human motivation, choices, follies, and morality.”

Reading the subtitle of the book, Meyers asked Radden Keefe, “Did you realize that your work had this sort of thematic arc of these kinds of people?”

“Not at the time,” Radden Keefe replied. “The weird thing is, I take some pride in not having a beat, and I think of myself as just kind of zigging and zagging and following interesting stories wherever they go. And then when I put this book together…I realized I just have like two or three themes.”

Meyers noted that Radden Keefe’s nonfiction “reads like a story,” and asked him, “Is that something that you set out to do, to create the characters in a way that almost feels like a novel?”

“That’s very much by design,” Radden Keefe replied. “I grew up in an Irish American family in Boston, where everybody’s telling stories…and it’s considered kind of a skill to tell and retell a story, which I realize not everybody finds tremendously amusing. I start books all the time that I don’t finish. And so some of it is about trying to write these stories in a way that will pull you in and hold on to you, and hopefully you’ll get right to the end.”