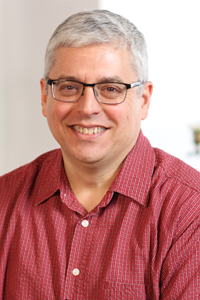 Paul M. Barrett writes to explore the complications inherent in popular, dangerously simplified narratives. He did it in his 1999 book, The Good Black, a tale of a discrimination case that serves as “a study in the moral ambiguities of race in America.” He did it in his 2007 book, American Islam, a portrait of a diverse population of believers too often painted with broad strokes. And he did it again in his 2012 book, Glock, which explores the ubiquitous handgun and its inventor, “a genius designer and inadvertent marketer who was incredibly opportunistic and single-minded,” who ultimately had “no particular moral compass and would take any opportunity to sell more guns under any circumstances."

It’s little surprise then, that Barrett would find himself drawn to Steve Donziger, a Harvard-educated lawyer and “self-styled social activist” who, since 1993, had been working on an unprecedented class-action lawsuit against Texaco (later Chevron) seeking reparations for Ecuadorian farmers and Indians in the Amazon “devastated,” as one Kirkus reviewer put it, “by environmental depredations and health hazards resulting from decades of oil drilling.”

Barrett, an assistant managing editor and senior writer at Bloomberg Businessweek, had been following Donziger’s case for years as it garnered increasing attention, including a 12,600-word Vanity Fair article, a Joe Berlinger documentary, a 60 Minutes broadcast and the support of celebrities including Sting and Bianca Jagger. When, in 2011, a $19 billion judgment was made against Chevron, one of the largest ever of its kind, Barrett knew it was time to jump into the story himself.

“I literally got up from my work station at the magazine, went to my editor and said, ‘There's this lawyer and we're going to explain just how this happened and who this guy is,’ ” Barrett said. “Within five minutes I learned to a much greater degree than I had previously that there were all sorts of other dark questions surrounding this guy.”

After his story ran in Businessweek in March 2011 and he traveled to Ecuador, Barrett decided to turn it into a book-length work, Law of the Jungle. As he researched further and time passed, the “almost fable-like story of the little guy facing off against the big evil oil company” crumbled. Donziger proved to have more of a zest for sticking it to the man and “being the star of the show” than proving facts and abiding by the law. With the help of private eyes and damning outtakes from Berlinger’s documentary, Chevron filed a racketeering suit against Donziger, alleging that he “masterminded a conspiracy to extort and defraud the corporation.” In March this year, a Manhattan federal judge ruled that Donziger’s “legal effort to punish the company was marred by fraud and corruption.” Further, the Ecuadorian government proved far from innocent in the exploitation of natural resources and the devastation experienced by those in the Amazon.

It all added up to a story bound to shake common “visceral reactions” one might have to a story about oil pollution in the rainforest. “Most people immediately based on scant facts will create a very passionate morality play of what has transpired,” Barrett says. “They just assume an evil company has snuck in the dark of night and taken advantage of some country, raped the land, left with all the money and returned to its lair twisting its mustache. But I was quite curious as to what exactly happened in this case, because circumstances are not identical and they don’t operate according to templates. Sure enough, right from the start, this story was not at all what people wanted to assume it was.”

Himself a Harvard Law graduate, Barrett brings a “pragmatic, fact-oriented” approach to storytelling. And while he strove to be fair in his reporting, and aimed to avoid letting his own "notions and ideological impulses" cloud his vision, he says coming up with a "point of orientation" for his narrative was important. "You have to decide: Is Steve Donziger a mythical Robin Hood character who may bend the rules but it's all for the good, or is he something different?” Barrett says. “Obviously, I came to the conclusion he's something different. I believe I did that in a very fair and dispassionate way.”

Writing a book about a story that’s constantly changing was a challenge, Barrett says. And even though Donziger’s quest for justice is still ongoing after 21 years (Donziger is appealing the racketeering verdict) Barrett feels the “main narrative spine” of the story is “coherent and complete.” Meanwhile, “poor farmers and Indians are still up to their ankles in waste oil, the contamination has gotten worse since the Ecuadorians took over the oil fields, and very serious questions have been raised about whether activists can take an ends-justify-the-means approach to this kind of legal crusade.”

While he says he won't be surprised if the fate of the Amazon “ended up being a pretty deflating cautionary tale” about the price of hubris, Barrett says he thinks there’s “some chance there will be a more positive turn”—and he hopes to write about it.

“That's what afterwords to paperbacks are for,” he says.

Jordan G. Teicher is a New York-based writer and critic. His work has been published by Slate, NPR and the Los Angeles Review of Books.