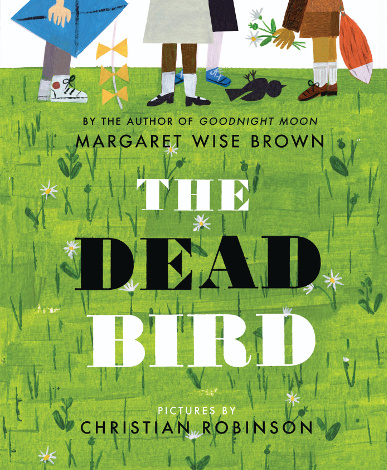 “The illustrations—no offense, but they aren’t great."

As soon as he said it, author/illustrator Chris Van Dusen went ashen. The illustrations in question were Clement Hurd's in the perennial bedtime classic Goodnight Moon, by Margaret Wise Brown, and Van Dusen, novelist Sharon Creech, and I had been asked to speculate about the lasting popularity of Brown's book by the host of an afternoon call-in program on Maine Public Radio.

While Van Dusen waited anxiously for the switchboard to light up with angry callers, I pondered his assertion. Weren't they great? I honestly had never considered Goodnight Moon's illustrations critically before, though like everyone in the room and probably 80 percent of the listening audience, I had seen them over and over and over. And over.

Certainly the technology available to Hurd limited him, and the thrifty alternation of black-and-white with full-color spreads gives the book an undeniably antique feel. It's also true that the illustrations work beautifully with Brown's sonorous text to send children to sleep night after night—but does that just show how fundamentally uninteresting they are?

To me, until that moment, Hurd's illustrations of the great, green room were just there—an immutable part of the fabric of reality, like the Atlantic Ocean or Mount Washington. But they don't have to be, as demonstrated by a quick look at Brown's corpus.

Brown's Christmas in the Barn has been re-illustrated twice since its original publication in 1952 with Barbara Cooney's illustrations: in 2004 with illustrations by

In the event, no one called in to accuse Van Dusen of heresy, and Goodnight Moon may indeed be too iconic for publisher HarperCollins to ever update. But maybe it wouldn't be such a bad thing if they did.