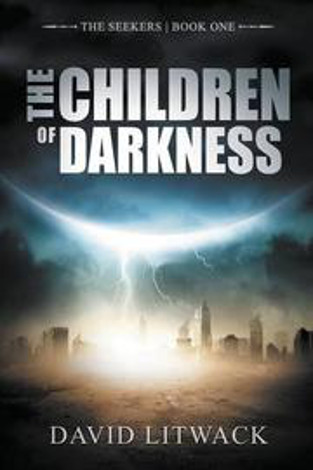 The collective love for post-apocalyptic fiction might have dipped a bit since The Handmaid’s Tale started to hew too closely to reality. But it’s an irresistible subgenre. For those looking for more depictions of a frightening, all-too-plausible future run by religious zealots hungry for control, The Seekers series, by David Litwack, may suit.

In the series’ debut, The Children of Darkness, the stage is set for a world of repression and doublespeak, progress vs. privacy, and bids for power. Nathaniel wants to know why the local children who participate in the Temple of Light’s rituals return drained of joy and spirit, especially when his friend becomes one of the hollow kids. He and pal (and possible love interest) Orah go on a knowledge quest to find out how to topple the regime. Our reviewer calls the first installment “a tightly executed first fantasy installment that champions the exploratory spirit.”

Book 2, The Stuff of Stars, earned a Kirkus Star and explores shadowy realms where the mysteries accumulate and Nathaniel and Orah (and readers) must make sense of scraps of information, including the seemingly functionless black devices that have become playthings in a village occupied solely

by children and dilapidated machines. The adventurers eventually find a mentor who explains that the adults have all gone AWOL. The “magisterial plotting,” said our critic, “will spur readers on to the next installment.”

The trilogy’s finale, The Light of Reason, also got a starred review and charts the heroes’ return to their homeland in an attempt to win it back. The thoughtful third installment waxes philosophical and weighs consequences in a high-stakes struggle between violence and reason. Our reviewer writes: “Litwack excels in poeticizing his themes with lines like, ‘If we are the stuff of stars, how can we act like beasts of the field?’ All around, a superbly crafted adventure.” Karen Schechner is the vice president of Kirkus Indie.