We talk to the author of the story collection, Night Beast 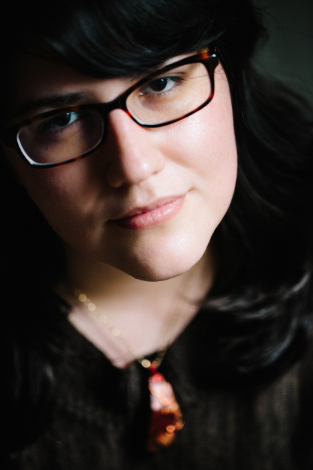 In Ruth Joffre’s Night Beast, characters wander moodily, waiting, often fruitlessly, for “the one.” They’re left on roadsides or in post-apocalyptic bunkers or their own vacation homes just not getting what they want. With its mostly queer cast, sharply observed interactions, and dabblings in sci-fi, Joffre’s debut short story collection will appeal to fans of Carmen Maria Machado and Black Mirror. Here, we talk with the author about storytelling momentum and queer representation.

In Night Beast, love is often “painful and hidden.” How do you choose a character’s romantic fate?

In short: momentum. My short stories typically build toward a turning point or a moment of realization in which a character’s fate (romantic or otherwise) is decided. Oftentimes, as in the case of “Weekend,” the exact resolution isn’t clear to me when I begin the story and only reveals itself as I work up to the moment. I wrote most of “Weekend” assuming (hoping) that my main characters would get together, perhaps because, after all the years and pages of unrequited love, it would’ve felt like a reward and a relief to have a happy ending; but I don’t really do happy endings. If I’m being really honest, I think I default to “it doesn’t end well” and then spend most of my time imagining how a relationship could go wrong.

Many characters here are queer, but their identities aren’t central to the story. Is this deliberate?

Yes, it is. I write the representation I want to see in the world. One of the sad truths of literature is that minority groups like the LGBT community have to write their ways into public consciousness. As a result, we have a preponderance of coming-out narratives and stories about queer identity politics, but very little attention is paid to queer life. I want to write about characters who are more than their queerness, characters whom I see in my day-to-day life but rarely find represented on the page. For instance, in “The Twilight Hotel,” I wrote about a lesbian couple dealing with the aftermath of a miscarriage. I’d never read that story before. Most of the time, when you read about lesbians trying to have children, it’s about adoption or finding a sperm donor for IVF; but lesbians have miscarriages, too, and queer lives are just as weird and just as full as straight lives. That’s what I want to write about.

In “Weekend,” the TV actors’ inner and performed yearnings overlap so that “the lines between reality and fantasy blurred.” Do you like fiction that clouds the boundaries?

Very much, yes! Not just in terms of pushing the boundaries of genre, which I often do in Night Beast. I also love exploring the cloudiness of self-

perception, the ways in which we delude ourselves into thinking that we’re different than we are or better. “Weekend” was born out of my fascination with the mental gymnastics we play in order to keep love alive even when we know we shouldn’t; the main character in that story loves the same woman for over 15 years without ever making a move because he knows that if he brings that love into the light it will change, and he can’t bear that. Fantasies are sustaining, and they draw mental energy away from problems we don’t have the energy to face.

Currently, I’m working on a novel called Blood and Sweat. It’s about a deadly new virus and a drag queen that gets caught in one of the resulting quarantines in NYC. Whenever I need a break from that, I work on stories.