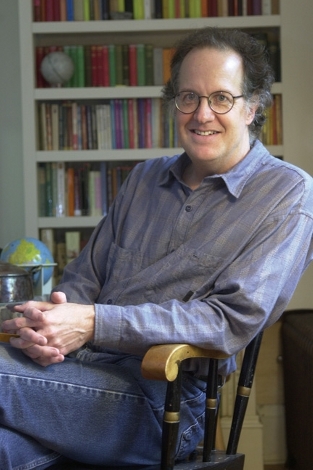 Like the opening titles of a motion picture, Richard Maurer’s new book, Destination Moon: The Remarkable and Improbable Journey of Apollo 11, lists a cast of characters in order of appearance. But Alan Shepard, John Glenn, Neil Armstrong, and Buzz Aldrin aren’t featured as box-office draws. They’re cataloged as supporting players while six other men are hailed as Apollo’s headliners.

“They’re the heroes of my book,” says Maurer in reference to Maxime A. Faget, Thomas O. Paine, Deke Slayton, Sam Phillips, Wernher von Braun, and James E. Webb. “The astronauts are heroes. But these guys are also heroes. In fact, most of these six guys had faced dangers far surpassing those of astronauts riding rockets.”

A swashbuckling spirit, the innovations of scientists and engineers, and technology that inspired space travel all have a strong tether to World War II, which is why Maurer begins recounting the race to space then.

But like the moon-bound goal, there’s not a linear simplicity in how this book came to be. A few years ago, Maurer was at his childhood home in West Texas when he unearthed letters his uncle had written to his aunt during WWII. The content was all news to Maurer.

Many WWII veterans didn’t talk about their wartime experiences. But Maurer discovered from his uncle’s letters that he was involved in Operation Dragoon, the Allied invasion of southern France that happened two months after D-Day. “So I started looking into it and it was fascinating: the speed with which it was put together, the logistical difficulties, the number of people involved, the whole efficiency of throwing together this mammoth invasion of troops and supporting personnel in a matter of months,” Maurer says.

“And it reminded me—the scale of the thing—of nothing so much as Project Apollo,” he adds. “And it got me thinking that Apollo drew on skills and attitudes developed during the national emergency of WWII, which was only two decades before the moon race.”

The more Maurer researched, the more he was able to make the parallels between these crash-program mentalities. After all, in quoting Faget, an engineer instrumental in Apollo ship designs, “a spacecraft is just a type of submarine.”

Before he ever knew of these letters, Maurer’s keen interest in lunar learning was born from his curiosity as an undergrad at the University of Texas at Austin circa 1969. Majoring in European literature and working in the rare books department, by happenstance Maurer became privy to photographs, maps, and 16mm film covering the Apollo missions thanks to an advisory geologist for the Apollo program who was writing a book at the time about lunar geological features.

Media during the Apollo program favored the fanfare of showcasing astronauts. But what really struck Maurer wasn’t a faceless man in a puffy white suit waving a flag in zero gravity. It was the background lunar landscape.

Maurer would visit the geologist’s office every day after work and stay until 11 or 12 o’clock at night. Those visits were “my education in Apollo, lunar science, lunar mapping,” Maurer says. “I guess you could say I was obsessed—I became an expert on lunar photography, and I talked a curator friend of mine into doing an exhibit of these lunar landscapes. It was like Ansel Adams for the moon. And the Smithsonian picked it up as a traveling exhibit.”

Not bad for an obsessed bachelor burning the candle at both ends.