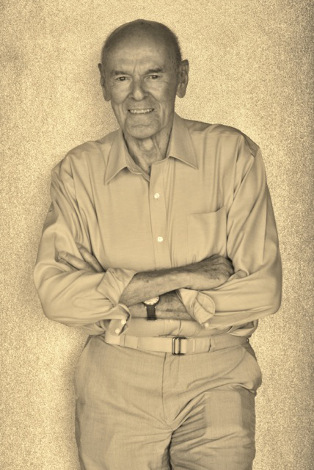 “Most people have to be something else on their way to being a writer,” Richard Peck begins, his voice low and measured, well-suited for the countless readings he’s done over the years, for scores of young listeners. “I was a soldier, and then a teacher, and though I didn't write a line of fiction until I was 31 years old, I was getting ready. It was the first dream of my life, and it came true only after I had done a lot of reading and a lot of teaching.”

To simply say that Peck’s dream of becoming a writer came true does a bit of a disservice to his long and prolific career. Since his first young adult novel was published in 1972, he has penned at least one book per year—so many, in fact, that even he finds it a challenge to keep count. “I don't know which one this is,” Peck says of his most recent novel, The Best Man, “but it's 40-something, I think. And it’s received the best reviews of my career."

A middle grade book, The Best Man is geared towards a slightly younger audience than is Peck’s custom. The novel follows Archer Magill, a sixth grader in a small middle-class Midwestern school, as he navigates that confused period on the cusp of puberty. He has two towering and inspiring male role models, two of the most influential people in his life, and they end up falling in love.

“I started the book when my home state, Illinois, implemented same-sex marriage,” Peck explains. “I thought maybe by the time I finished the book it would be the law of the land, but history moved faster than I did, and it happened before the book was finished, which means I am not announcing anything—very soon grade

school kids will not remember a world in which this wasn't the law, the established convention. But a lot of kids might not be hearing about this at home, and I realized that nobody was going to talk to grade school kids in the classroom about this—it's not in the curriculum, it's not on the standardized tests. I thought, We need a book about this, because schools today live farther from the real world than at any time in my life. It’s no longer a learning environment. But a book is the last private act. Reading a book is the last private act, and I hope this book opens some doors and some minds.”

Of course, Peck, now aged 82, has seen a lot of changes throughout the course of his life. “I have lived most of my life in the 20th century,” he says, “and the 21st century, which began with 9/11, has been a hostile place as far as I'm concerned. What the internet has done to people, and done to teaching, and to learning, and to reading, and to eye contact is ruinous—I was turning into an old crab. And then one day, something wonderful happened, and I said, ‘Oh I'm glad I lived to see this!’ And I embraced the story of same-sex marriage. At last,” he adds with a laugh, “I found something good about this century.”