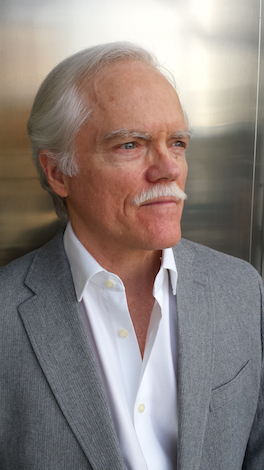 Abraham Lincoln’s rise through American politics coincided with the development of photography. That’s more than a little counterintuitive when you consider that Lincoln was not the most photogenic of presidents, yet he worked his image to his advantage.

“What’s almost appropriate in the case of Lincoln is that everybody knew he was ugly— including himself,” says author Richard Wightman Fox. “The fact that he kept saying he was ugly and making jokes about it showed what a great person he was. It made him endearing, and I’m certain that it helped him politically.”

Fox’s innovative new history, Lincoln’s Body: A Cultural History, earned a starred review from Kirkus Reviews, which describes it as “an absorbing meditation on Abraham Lincoln’s body, in life and death, and its role in shaping America’s memory of the man who saved the Union.”

The book emphasizes the importance of Lincoln’s physical presence—in life, in death, and in memory—to his legacy as an emancipator, a unifier, and a martyred president. Fox describes Lincoln as having “almost alien, otherworldly dimensions: six foot four (eight or nine inches taller than the average man of the day), massive head, narrow shoulders, short trunk, and endless legs.” In death, Lincoln has continued to be strongly associated with his visceral, physical image.

“My particular approach was distinctive because Lincoln’s body was distinctive,” Fox says. “He was regarded as having sacrificed his body for the nation. That sacrifice is the single most important influence on his post-mortem reputation.”

Fox is a professor of history at the University of Southern California, where he teaches 19th century American history and a class called “American Prophets” about Jefferson’s Declaration of Independence, Lincoln’s Gettysburg Address, and King’s “I Have a Dream” speech.

“He knew he might die, which was very much like Martin Luther King in the 1960s,” Fox says. “Lincoln resisted the advice of Edwin Stanton, his secretary of war, and others to protect himself against an assassin. Being a republican leader to him meant showing every day that he was not a monarch. People would come see him in person, and nobody would be turned away. There were majestic moments like April 4, 1865, in Richmond, Virginia, where he sets off on a walk through downtown surrounded by newly emancipated slaves.”

After Lincoln’s death, hundreds of thousands of Americans saw his body in Philadelphia, Albany, Cleveland, and numerous other cities in funeral processions and viewings between his death in Washington on April 15, 1865, and his burial in Springfield, Ill., on May 4, 1865. In the years since, Lincoln’s legacy has been defined and revised in countless memorials, museums, biographies and films. Two of the most enduring images of Lincoln—his face on the penny and the statue at the Lincoln Memorial—are two of many images that are familiar today.

“The penny was in 1909, the Lincoln Memorial was in 1922, and there were different forces operating in each case,” Fox says. “From 1865—the end of the Civil War—until the 1920s, there was an overriding concern for powerful white politicians in the North to bring North and South together, which meant bringing white northerners and southerners together. That encouraged a turning away from pressing for civil rights for blacks in the South. The penny and the Lincoln Memorial were part of that moment when reconciliation among whites seemed to be the most pressing issue for major politicians.”

There were numerous Lincoln films in the early years of Hollywood. The Civil War saga The

Birth of a Nation (1915) and The Dramatic Life of Abraham Lincoln (1924) depicted Lincoln as a ponderous, tragic figure. Lincoln wasn’t a character in Frank Capra’s Mr. Smith Goes to Washington (1940), but there’s a memorable scene of an awestruck Jimmy Stewart at the Lincoln Memorial. In the 1970s, a TV miniseries called Sandburg’s Lincoln starred Hal Holbrook (who would later play one of Lincoln’s advisors in Steven Spielberg’s Lincoln), who played the character as a folksy, talkative midwesterner rather than a scholarly writer or elegant speaker.

“In the ‘90s there was so much emphasis on Lincoln’s words, starting especially with Garry Wills’ book on the Gettysburg Address [Lincoln at Gettysburg, published in 1992], and later Ronald White’s The Eloquent President [2005] and Fred Kaplan’s Lincoln: The Biography of a Writer [2008],” Fox says. “It was the dominant trend since the ‘90s to herald Lincoln as a speaker and writer of great words, which is all true, but it seemed to me that his body had this independent importance for him and for the people of his own time and for lots of Americans for at least a hundred years after his death.”

In the last 20 years, the two dominant popular images of Lincoln have been Doris Kearns Goodwin’s bestselling Team of Rivals and Daniel Day-Lewis’ Oscar-winning portrayal in Spielberg’s Lincoln. Fox says Team of Rivals is “just plain phenomenal” but that he thinks Lincoln may have the bigger impact in the long run.

“Daniel Day-Lewis gave us a performance that couldn’t have been done by him without Tony Kushner’s script and without Doris Kearns Goodwin’s influence and without Steven Spielberg’s importance,” Fox says. “They’re all brilliant communicators about the importance of Lincoln. Fifty or a hundred years from now, it may be that we look back at that movie as the decisive Lincoln project of this era that cements Lincoln into American and world consciousness as The Emancipator.”

Scott Porch is an attorney and contributes to Kirkus Reviews and The Daily Beast. He is writing a book about social upheaval in the 1960s and '70s.