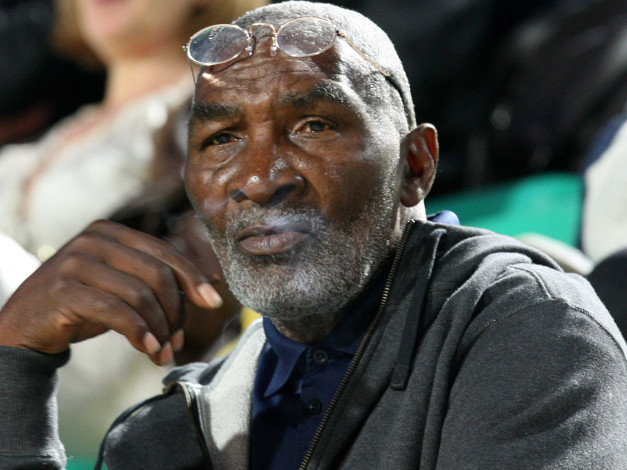 If you've ever wondered about the origin story for Richard Williams, the proud, driven father of tennis stars Venus and Serena Williams, Black and White: The Way I See It is almost completely satisfying. Written with Bart Davis, the memoir charts the elder Williams' humble beginnings to his current international fame as a 71-year-old irascible tennis coach.

Like all celebrity memoirs, his story at once reinforces that he is just like the rest of us while also showing that the passion that set him apart also led to the prosperity of his children. But Black and White also affirms perceptions of him as a no-nonsense Louisiana native who dreamt one day of raising two tennis champions—before they were born.

His story begins in Jim Crow Louisiana, where Williams was born on Valentine's Day in 1942, before he moves to Chicago and finally to California. The book gets off to an odd, if cinematic, start by telling a Biblical-like story of his mother, Julia, about to give birth to him in pouring rain and thunder while riding a mule-drawn wagon that gets felled by the side of the road.

"The strongest thing I've seen on earth is a woman," Williams says. "Every time I brought a woman into a problem, she would work it out. Everyone I dated, I think they loaned me money. It's just amazing how powerful females are. When you look at women like Venus and Serena, you're looking at (my mother) Julia Williams and that's what made our family."

Williams' origin story for the athletic ascendance of Venus and Serena is that he had a plan long before they were born to raise two young women to be tennis champions. He wrote a playbook for them when he began teaching himself how to play tennis so that he could show his not-yet-born stars how to win. In Black and White, Williams writes about practicing both in private clubs where he was shirked for being not-as-classy as his fellow tennis players and on a rough LA-area tennis court, where he fought with gang members to find a place near his home to practice.

His heart, resilience and faith were the pillars of his inspiration, he says—gifts passed down from his mother.

"My mom was my hero and she was everything to me," Williams says. "She taught me to like and love everything that I am. I learned to say what I believe in from her. Everything I am to this day I owe to Miss Julia Williams. She was almost my God. Venus and Serena are where they are today because of her. I brought them up the way she brought me up."

Black and White leaves some questions lingering. It does not address allegations that have emerged in the press and in documentary films that he is a womanizer and that led to his divorce from the Williams' sister's mother, Oracene. He briefly writes about the sorrow and pain of losing his daughter, Yetunde Price, who was fatally shot in Compton in 2003 when she was just 31. His goal, he says, was simply to tell a story to show others how simple the formula is for resilience and greatness.

He instilled in his children, first, the notion that they are "better than anything alive," he says. "There's a need to be great, at least for yourself. It's easy to get to where we want to get that way. There are a lot of good people but not a lot of great people. I taught them to be great."

Joshunda Sanders is a writer and journalist.