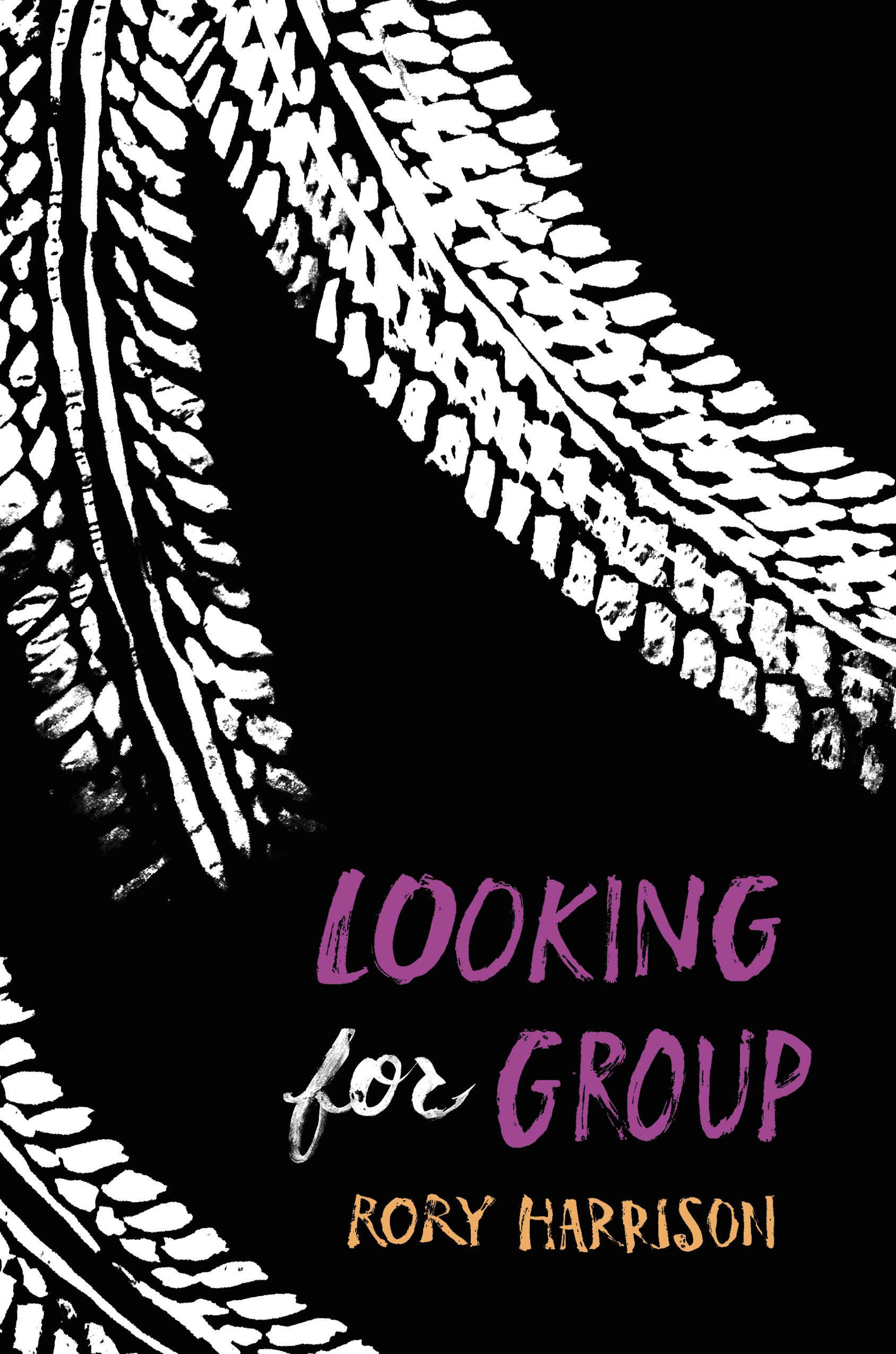 A boy and girl go on a road trip to California. They visit the World’s Largest Ball of Twine. They fall in love. The plot of Rory Harrison’s debut novel, Looking for Group, sounds typical enough; the book itself is anything but.

Dylan is 17 and just found out that he is not, in fact, going to die. After years of being the kid with cancer and fed up with his barely present mom, he sets out on a quest to find a treasure ship lost in the Southern California desert. Along the way he stops to pick up his World of Warcraft partner (and only friend), Arden, who is struggling with a family who won’t accept her true gender. Despite the fact that he has always identified as gay and Arden is definitely a girl, Dylan finds himself falling for her.

The story is a deeply personal one, drawing on Harrison’s experiences to tackle questions of sexuality, gender identity, and living well in the face of death. “So many of Dylan’s stories are little bits and pieces of my actual life,” she says.

Like Dylan, Harrison was a poor kid grappling with her sexual identity (though she’s quick to point out that her own mother in no way resembles Dylan’s). “I don’t particularly identify as a gender. I don’t particularly identify as a sexual orientation. But I grew up poor, so for us gay was everything,” she says. Having rarely seen herself in books growing up, Harrison wanted to tell a story that reflects her own experience and show a poor kid who has problems beyond just being poor.

Those struggles led both Harrison and Dylan to a love of fantasy novels and video games. “For me, to go places in books was how I got to go places,” Harrison says. “It was more likely that I would learn to open a window with the power of my mind than go to New York City.” Video games offered a similar chance to explore a different world, albeit a virtual one.

In fact, Harrison met her wife in an online chatroom (discussing vampires in pop culture), and, much like Dylan and Arden, they ended up hitchhiking from Montana to California the first time they met in person. Their relationship inspired the romance in the book, from those basic to biographical details to the larger philosophical question: what does who you love say about who you are?

After Harrison’s daughter came out as trans, her wife soon followed. Harrison, who identifies as pansexual and genderfluid, was immediately accepting of her wife’s transition, but it still represented a major shift in their marriage. Though a readjustment after almost two decades of marriage may seem like an odd inspiration for a YA novel, Harrison points out that teens have to navigate the same complicated issues of gender and identity, without the benefit of the resources adults have.