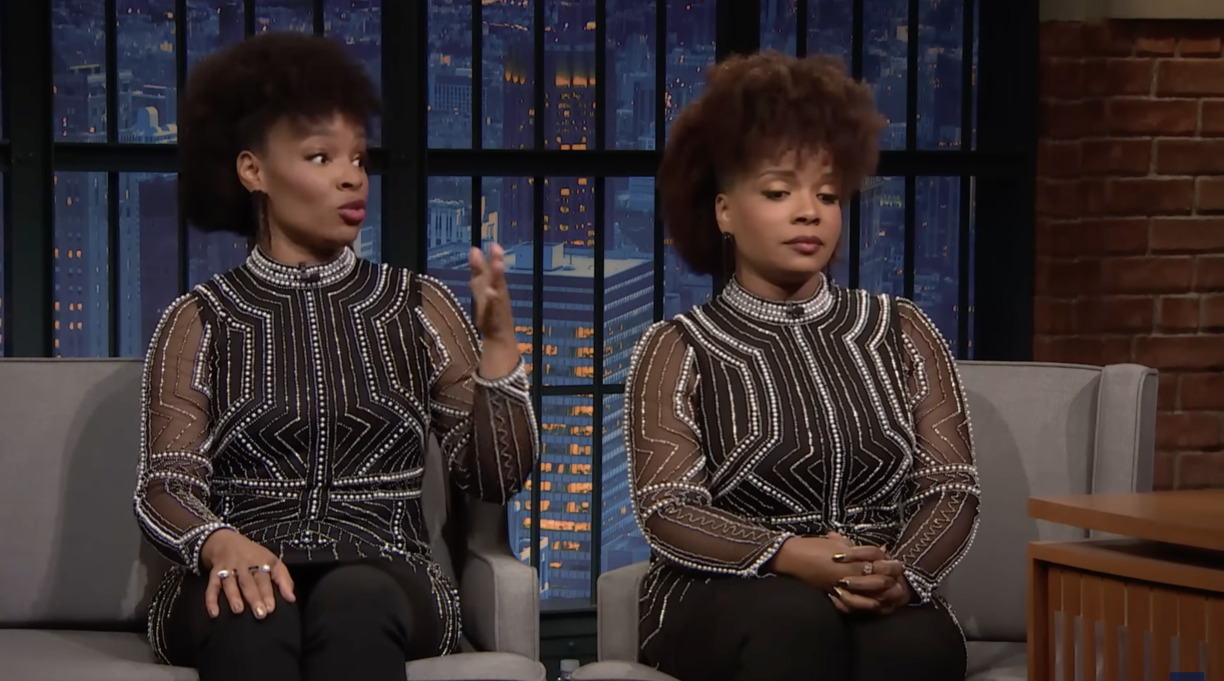 The book is the second from Lamar and Ruffin—a writer on Meyers’ show, and the host of her own talk show on Peacock—following You’ll Never Believe What Happened to Lacey: Crazy Stories About Racism. The new book chronicles the sisters’ encounters with racism, as well as the experiences of their family and friends.

In a starred review, a critic for Kirkus called the book, published this week by Grand Central, an “excellent look at lived experiences of Black Americans that should be required reading for all Americans.”

Meyers asked Ruffin and Lamar why they decided to write another book.

“Because we had too many stories to fit into the first book,” Lamar replied. “And I’m still living [in Omaha, Nebraska], and so these things are constantly happening to me. So Amber’s like, ‘We should probably write a second book,’ and I’m like, ‘It’s writing itself.’”

Meyers observed that he was surprised by some of the sisters’ experiences, saying, “I think it’s helpful for people like myself to read [the book] and be like, ‘Oh, my God, I knew it was bad; I did not quite understand the depths of this.’”

“That’s part of the reason we wrote the first book, is because of the sheer volume of these things,” Ruffin said. “It’s one tiny lady’s lifetime of garbage, and it’s so funny, because she’s not special in any way.”

“What?” Lamar replied, with mock offense.

“I’m just kidding!” Ruffin said. “She’s not angry or mean or bad in any way. She’s just this cute little happy guy, and that all happens to her.”