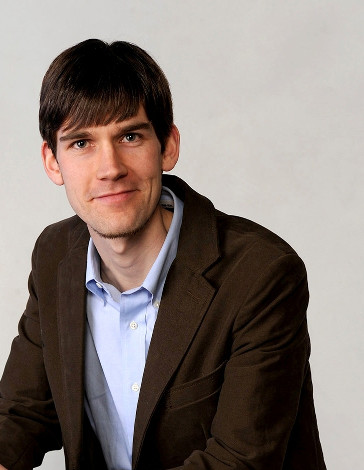 Every once in a while, even a writer specializing in strange science comes across something too weird to believe. That's what happened to Washington, D.C.-based writer Sam Kean when he read about an injury to the temporal lobe of the brain that, in one case, caused a very specific sort of brain damage: After contracting herpes, the patient was no longer able to distinguish one animal from another. Cats, dogs, elephants—they all looked exactly the same. "It seemed too outlandish. I didn't think it could possibly be true,” Kean says. “I tried to disprove it, but it turned out to be true. The more I thought about it, the more I thought you could write a whole history of the brain just by figuring out what happens when the brain gets injured."

Kean's book, The Tale of the Dueling Neurosurgeons, is that history, a collection of accounts detailing some of the grizzliest and most unusual brain injuries on record and the amazing scientific stories that came as a result of them. The book gets its title from the unfortunate case of King Henri II of France, who in 1559 suffered a lance to the skull during a jousting contest. The blow was ultimately fatal, but science benefited: In an autopsy, two of the greatest doctors of the era were able to prove conclusively that the brain can "suffer trauma even if the skull remains undamaged."

Kean's specialty is finding stories like these, and the ones that appear in The Tale of the Dueling Neurosurgeons run the gamut. But those tales are valuable as much for their wow factor as for their ability to educate. The mental troubles of a would-be assassin, for instance, teach us about brain chemistry, while a blind adventurer’s ability to “see” through echolocation demonstrates the brain’s ability to rewire itself. In his introduction, Kean even uses his own experience with sleep paralysis as an example of the ways in which three major parts of the brain are interconnected.

Dueling Neurosurgeons isn’t Kean's first foray into anecdote-based histories of complex scientific topics. His 2010 debut, The Disappearing Spoon, which Kirkus called "entertaining and enlightening," covers the history of the periodic table through similarly quirky and engaging tales. In 2012, Kirkus named Kean's foray into genetics, The Violinist's Thumb, one of the best nonfiction books of the year, and praised its author for rendering "esoteric DNA concepts accessible to lay readers."

Kean took an early interest in science in part, he says, because of teachers who shared his knack for storytelling. "Our brains remember information best when it's presented in story form," he said. "At some point, you have to look at an equation or two to get into the in-depth science. But especially when you're trying to attract interest in the first place, I think stories are the best way to go. "

In his third year of a physics degree at the University of Minnesota, he determined he "wasn't cut out temperamentally" to be a scientist and started studying English while writing for the campus newspaper. He later earned a master's degree in library science, which he said has made him a more confident researcher—an especially useful quality when he started delving into the Library of Congress' vast collection of literature on neuroscience.

Though there’s a lot to learn, Kean wasn't intimidated by the subject—and he says that readers shouldn't be either. "Brain science is actually pretty intuitive when you get to the details," he says. "You have to start with something small like neurotransmitters and follow that up, from something very small to something very large. It's not difficult to do but we don't always do it."

Any book on science for a general audience, of course, should do that work of translation and simplification, and The Tale of Dueling Neurosurgeons fulfills that promise. But like a good read on any other subject, it also contains the basics of alluring storytelling: a strong beginning, middle and end, compelling characters, and, importantly, humor. "If you write a 300-page book and you don't laugh at all, that's a shame," Kean says. "Like anything you write, you want to be scared sometimes, you want to laugh sometimes, and you want to be serious sometimes. Blending those together makes a richer book."