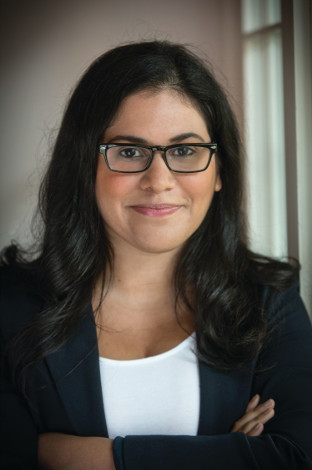 Sara Farizan has become legendary in young adult circles for writing heartfelt and humanizing novels from an intersection of identities rarely represented in the same author. And she presents those identities in a way that doesn’t convey difference as a problem to be solved. She also has some difficulty navigating the online world—engaging with the world while protecting herself from it. She tweets, but not too much; she does not have a website.

That’s not surprising given her subject matter, which has tackled homophobia, xenophobia, transgender issues in Iran, and, with her new novel, Here to Stay, Islamophobia and stereotyping in American schools. Though she maintains that she writes with more questions than answers, she decided to tackle those themes intentionally. “I was ready to have people talk about things, with the safety of a book,” Farizan says. “I was no longer ashamed of any part of me. That’s really the biggest gift I gave myself; I wanted other people to have that gift.”

The openly gay daughter of Iranian immigrants, Farizan drew from aspects of her identity for her first two coming-of-age novels—If You Could Be Mine (2013) and Tell Me Again How a Crush Should Feel (2014)—written while she was in graduate school. She traveled to Iran where If You Could Be Mine, her debut novel, is set. It’s the story of 17-year-old Sahar, who is deeply in love with her best friend, Nasrin, and considers transgender reassignment surgery so that they can be together in Iran, where homosexuality is forbidden. The book won the Lambda Literary Award in the children’s-young adult category and was selected by the American Library Association for the Best Fiction for Young Adults list.

Her second novel, Tell Me Again How a Crush Should Feel, features an endearingly awkward closeted lesbian Iranian-American teenager named Leila who’s empowered to act on her feelings at the elite private school she attends when a gorgeous new girl arrives.

On its surface, Here to Stay is a noticeable departure from Farizan’s writing about, well, lesbians. Bijan Majidi is a straight guy who just wants to be popular. But when he gets his wish after making the winning basket during a playoff game, a cyberbully riles up the kind of Islamophobia at his high school that makes him want to hide.

“I don’t like what prejudice has done to kids, particularly young men,” Farizan says. “In some communities young men are treated like men before their time. I wanted to write about a kid who just wants to be a kid.” Bijan doesn’t want to be an “educational tool,” she adds. “He wants to be a hero on the team and get attention for the right reasons and not based on someone’s deep-seated fear. I hope that readers understand that. He’s not a perfect kid, but he’s one that I hope people cheer for and learn to love.”

Bijan has allies on his team who show that there’s more than one way to be a good friend and advocate when someone is bullying a classmate. “I think young people will save us, I think they have saved us,” Farizan says. “I don’t think they should have to. I think adults should get back to how they felt when they were younger…that’s why I write in a younger voice, because young people ask questions all the time that adults forget to ask.”

Joshunda Sanders is a writer and educator living in New York.