We're fascinated by conjoined twins, but what do the twins think about their lives together? 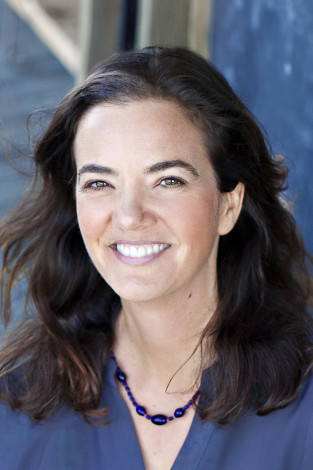 Conjoined twins are one of the rarest human mutations, occurring in roughly 1 in 200,000 babies, most of whom either die soon thereafter or are surgically separated. With just a handful of attached twins alive today, they’ve taken on almost mythical status, especially in fiction. In her debut novel, Gemini, Sonya Mukherjee takes a very different approach to the story of pygopagus twins Clara and Hailey, exploring their otherwise very ordinary lives as high school seniors in rural California. Clara is smart and shy, fascinated by astronomy but afraid to leave their small-town home, even for a day. Pink-haired Hailey, on the other hand, is desperate to experience the world but can’t bear to upset the careful balance of her family.

Though Hailey’s and Clara’s experiences are profoundly different from most teens’, many of their problems are familiar. When she was first thinking about the book, Mukherjee wanted to write about a character who was struggling with some of the same questions she did as a teenager: not just “Who am I?” and “What do I want?” but also “What does that mean for my relationships to other people?”

“I imagine if I had a very rare condition, I wouldn’t want people to think of it as something that belonged outside the realm of normal everyday life,” Mukherjee says. The novel clearly reflects this attitude, going into impressive depth about the practical concerns and lived experience of the twins, how they sit, how they dance, even how they pee. The novel’s impressive detail reflects Mukherjee’s extensive research. She’d wanted to speak to a pair of twins personally, but the extreme rarity of the condition (she cited one estimate that there were fewer than a dozen attached twins in the world) made it impossible, so she settled for consuming every interview, book, and documentary she could find on the subject.

From that research, Mukherjee discovered a debate that became one of the animating questions of the novel: should conjoined twins be surgically separated? “I think there is a feeling that this is always something that you’d want to correct surgically,” she says. “But when you look at what people have said about their experiences, it doesn’t really make sense, because they don’t say, ‘This is terrible. I would never want to live this way.’ They say, ‘This is who I am and I value it.’ ” Clara and Hailey’s parents went against prevailing wisdom in keeping the twins together, and that choice shapes all of their lives, both for better and for worse.

One of the biggest challenges facing the twins is how (or if) to date. The sex lives of conjoined twins evoke both endless fascination and intense disgust among even otherwise open-minded people—something both Hailey and Clara are all too aware of. Mukherjee gracefully avoids sensationalizing the girls’ feelings. “If you were conjoined, certainly as a teenage girl, it’s going to be something you’re thinking about,” she says, “so I was just trying to imagine what I might think about it and what I might be worrying about if I were in that situation.” Clara and Hailey each have distinct reactions to the idea of romance, as do those around them.

The novel isn’t really about the twins’ relationships with other people, though, it’s about their relationship with each other and the advantages and drawbacks of being inextricably connected to another individual. Moving through the world alone, we may imagine such a connection is horribly confining, but Mukherjee says that most twins don’t see it that way. Instead, like Clara and Hailey, they are stronger together.

Alex Heimbach is a writer and editor based in California.