A Graphic Novelist Leads a Wordless Tour of London 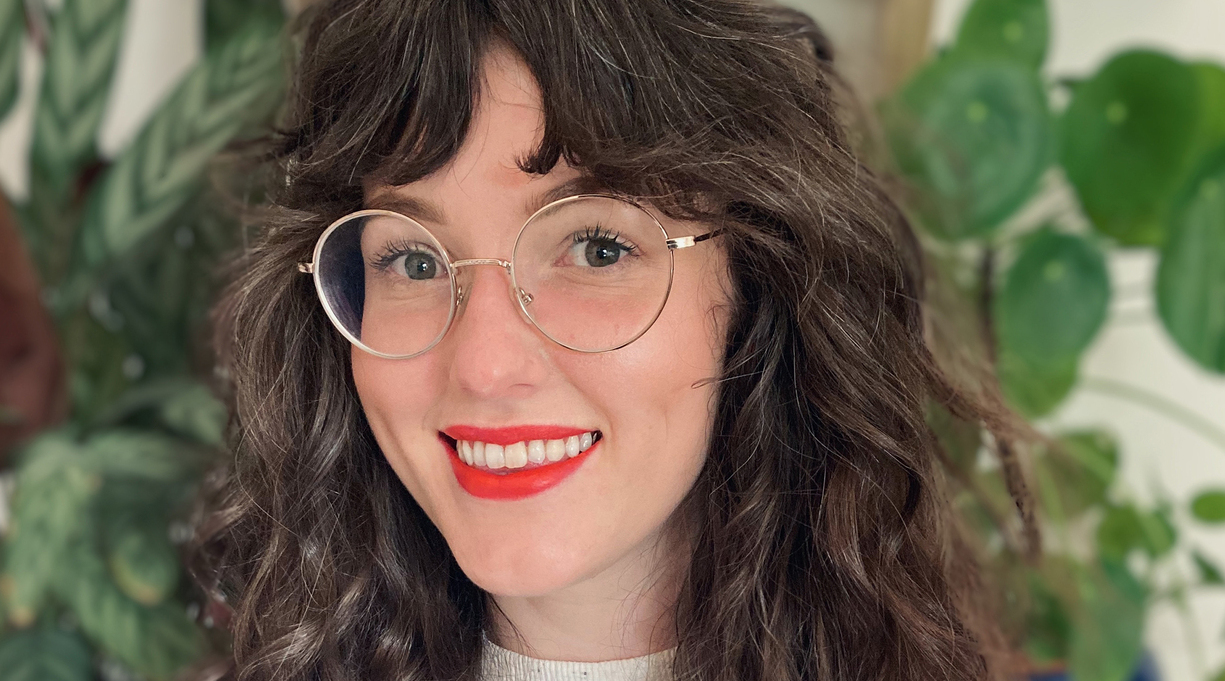 Crushing (Algonquin, Jan. 11) is award-winning artist Sophie Burrows’ graphic-novel debut. In this charming, expressive work, two unnamed protagonists, a young man and a young woman who each live in the same London neighborhood with only a little pet for company, have several agonizingly near misses where their lives could but do not intersect (at least, at first). She works in a coffee shop and has an unfortunate experience with a dating app. He is cycling home after a humiliating day at work when an accident lands him in the hospital with a broken arm. The two lead ordinary lives punctuated by moments of humor, disappointment, small joys, deep loneliness—and, by the end, reason for hope. Teen and adult readers who appreciate illustrated narrative works such as those by Raymond Briggs will immediately warm to Burrows’ storytelling style, which demonstrates a gift for capturing telling details that reveal the emotional depths to be found in our everyday lives. This work is especially resonant given the social isolation of the pandemic. An associate lecturer for the children’s book illustration course at the Cambridge School of Art, Burrows lives in the London area. She spoke with us over Zoom; the conversation has been edited for length and clarity.

I noticed Crushing was released as an adult title in the U.K. but as a crossover YA book in the U.S.

It wasn’t a decision that I made either way, but I was happy with it having that crossover appeal. It was [originally] a project for my master’s degree. We were encouraged not to think about the age of the reader at all. I had been working as an illustrator for children for a number of years, and I was using the courses to sort of unlearn lots of things. I just wanted to create something for me. The final book was inspired by observations, experiences, and memories from my life when I was a teenager and my adult life as well. I think that it’s important to not second-guess what you think is appealing [to young readers] or what is going to be trendy or publishable. It’s important to discover your own illustrative voice and what you’re passionate about creating. I’ve had the most interest from publishers in projects that I have been really passionate about.

Why did you go with the wordless format, which is unusual for a work of this length for older readers?

I realized quite quickly as the themes of the book became apparent that I wanted to see how much I could communicate without adding words. The beginning part was an exploration of moments when you’re wandering through a city, surrounded by people but don’t talk to anybody. It’s a really strange feeling and almost more isolating than being completely on your own. As I developed the work, there was nothing that I felt could sum up that feeling more than the images. Creating something wordless is probably a bit risky and a bit difficult to sell, perhaps. But by that point, because I had distributed my shorter comic, [I knew] that people were discovering ways to connect with the book that I hadn’t consciously thought about. I loved that. I thought, wow, if I can create that space through the lack of words, then that’s really special.

How did you decide on the striking color palette of gray pencil with pops of red?

I wanted to explore color symbolism and think about how I could use that to help communicate my ideas [in contrast to how] I’d created an absence of clarity with the wordlessness. I thought, I can use color to enhance what I’m trying to say. I think it’s interesting to pick red because it means all these different things, doesn’t it? Love or passion or anger—embarrassment was a massive one to me. It can be quite an overwhelming color, but gray can be overwhelming too. I was dealing with this subject matter that was at times really funny but other times not so. I was thinking about how I could use those two colors to create images that had emotional power: If I was going to do a page that was completely red, where is that going to be in my story? It was exciting to explore that; it wasn’t something that I’d ever done with such focus before.

The London setting adds so much texture.

When I was a teenager, I would travel up to London, searching for something—[my] people or a sense of community or connection, I guess. So much of the book is formed from memories and observations—not just the artwork, but the content as well. It’s semiautobiographical, and I wanted it to feel real, to give it some kind of grounding. But I think it’s really interesting that people pick up on [the setting], because lots of places in the book are not London and are actually drawings that I’ve collected from Bristol and near where I grew up. But there are such iconic [London] moments. The park is Hampstead Heath, and I’ve had lots of messages from people—“I love that park! I’ve sat on that bench!”—and of course the red buses. I couldn’t do the buses any other color. It was a conversation that I had with my editor where we were thinking well, should it be more generic? It’s a story that could happen in any city, but I wanted it to have that sense of reality.

This book seems to have extra emotional impact given the isolating effects of the pandemic.

The original comic I worked on in the spring of 2017, but then I didn’t do anything else on it until after I graduated. I started working on this final book around December 2019, formulating ideas and building a synopsis around March 2020. It was pretty surreal to be honest, starting a book about loneliness and connection and then having those things immediately come to the forefront of everybody’s minds. It had gone from something [that] was maybe quite niche to being something that lots of other people might be able to connect with as well. I was determined to explore ideas about connection in all its forms—I was seeing people having closer connections with nature in the pandemic and reevaluating their relationships with [other] people. But really, it’s not about the pandemic. The themes of this book can be universal, but having this story framed by the pandemic really opened up the story. I was able to pour a lot of my own anxieties and emotions about these situations into my work, which was therapeutic. It was cathartic to get all those feelings out through those characters who essentially are both me, although in different forms. To have people read it and say, yes, I’ve felt like this, was another thing entirely.