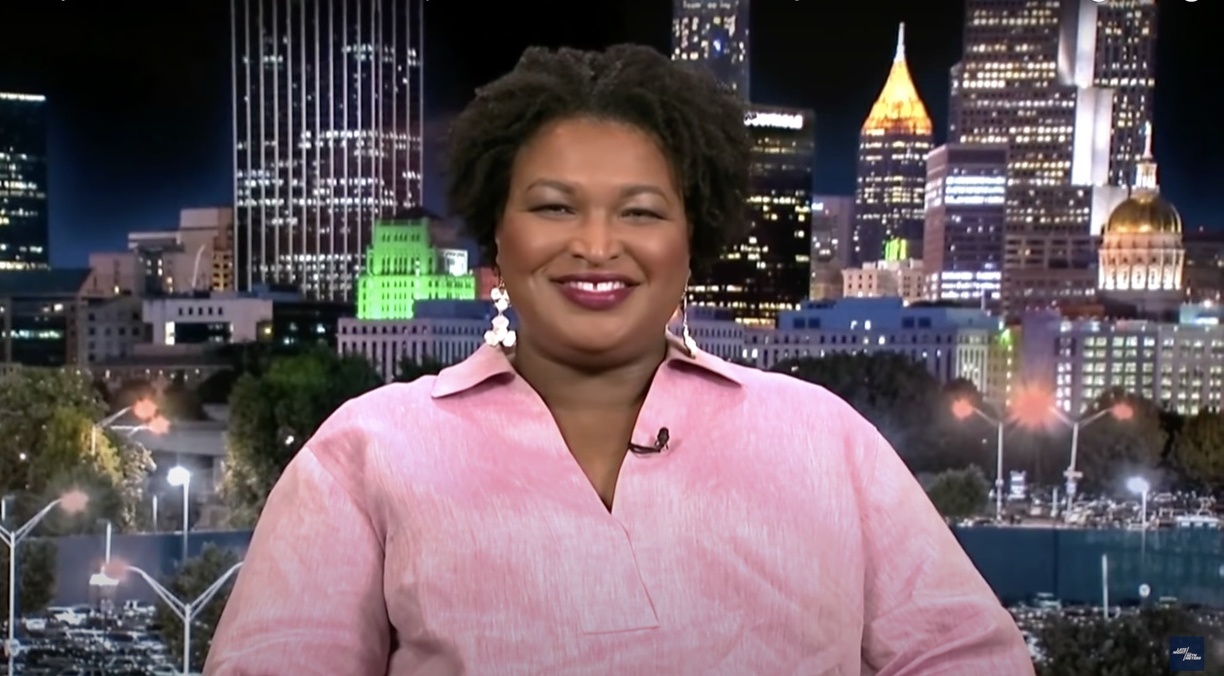 Politician and author Stacey Abrams discussed her latest novel, While Justice Sleeps, with Seth Meyers during an appearance on the comedian’s talk show Tuesday.

Meyers kicked off the interview by noting that Abrams’ previous eight novels had been published under a pen name.

“Was it different writing a book knowing that everyone who picked it up would know it was written by the Stacey Abrams?” he asked.

“No, I think what was different was knowing people might care,” she responded. “When I wrote the first eight novels, Selena Montgomery was much more exciting than Stacey Abrams, and so I’m glad that people will actually pick up a book because my name is on it, instead of despite my name being on it.”

Publishers passed on Abrams’ novel more than a decade ago, Meyers noted, and Abrams explained why it was different this time.

“When I first proposed the book and had written it, I had a corrupt president who was involved in international intrigue, and a swing justice on the Supreme Court who may decide the fate of the world, and that was dismissed as being too absurdist,” Abrams said. “So, you know, we had some intervening activities between 2008 and 2020, and so the book suddenly seemed relevant.”

Abrams also talked about the book club she has with her five siblings. Meyers asked why her mother, a former librarian, wasn’t invited to be a member.

“We don’t circumscribe our language always in our discussion about plot points,” Abrams explained. “My mother went from being a librarian to being a pastor, so I will let you infer from there why there might be a problem with having her on the call the whole time.”