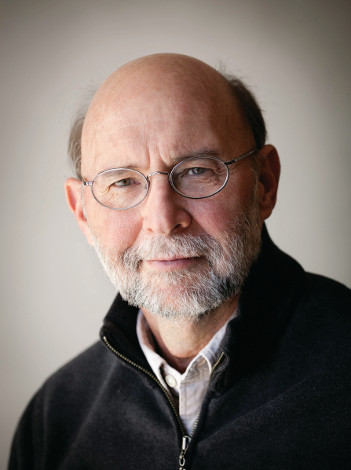 Abraham Lincoln was just like you and me but with personal ambition set to overdrive.

Stephen Harrigan and his wife, Sue Ellen, were taking a long car trip and listening to a recorded version of Doris Kearns Goodwin's Lincoln biography, Team of Rivals, when the notion hit him. It was a side note about the future president's cluelessness when it came to romance and, to a certain extent, his own ungainly ambition that piqued Harrigan's interest. “He felt human and every bit as confused by the world as all of us are,” Harrigan says. “I no longer think of him as an icon but as a guy.”

Harrigan quickly suggested a detour to Springfield, Illinois, where the couple saw the Lincoln home, the old state capitol building, and even a Lincoln impersonator. The idea grew from there over the next three years into Harrigan's 10th book, A Friend of Mr. Lincoln (Feb. 2), a novel mostly set in the 1830s, when a young Lincoln was first finding his political way.

The story's time frame was a natural for Harrigan, whose critically acclaimed The Gates of the Alamo a similar period, thus easing the research load. He already had at his fingertips books about everything from the period's furniture, clothing, and cooking. Plus, he's an old hand at tracking down the experts for anything that was off his radar. “It didn't feel like I was re-inventing the wheel,” he says. “I felt at home during the time period, and as a novelist I've always been a journalist.”

He’s had a lot of practice. After graduating from the University of Texas, he found himself mowing yards and reconsidering a secret dream of being a writer. In 1973, with little experience, he pitched Rolling Stone an article about Austin's rising music culture framed around the legendary venue Armadillo World Headquarters. The magazine liked the idea and published it. At the same time, a new publication called Texas Monthly was forming. Its leaders heard of the Rolling Stone piece and offered Harrigan work.

“They didn't know I didn't know what I was doing,” he says. “I didn't know that they didn't know what they were doing.” Harrigan jumped on board and road the wave to an acclaimed journalism career, quickly punctuated by novels beginning with 1980's Aransas. He's also written films for television and now teaches at the University of Texas' Michener Center for Writers.

But much of his writerly obsession coalesced early on when he read historical novels like Kenneth Roberts' Northwest Passage. “It made the dry recitation of history seem real,” Harrigan says. “History comes alive when infused with a dash of fiction.”

In A Friend of Mr. Lincoln, the story is told by fictional poet Cage Weatherby, who strikes up a friendship with the future president first on the battlefield during the Black Hawk War and later, in Springfield, where they join up with a group of like-minded young men all set on making their marks in the world. “The challenge with a fiction character is not to just have him be a narrative device, but a character who can stand up to Lincoln,” Harrigan says. “In the end, what this book is about is ambition and friendship.”

The portrait it reveals of Lincoln is nuanced, with his bawdy sense of humor and charisma at the forefront as he rashly finds himself on the verge of a dual to the death and sees his moderate position on slavery begin to waver. “His ambition often outpaced his character,” Harrigan says of Lincoln.