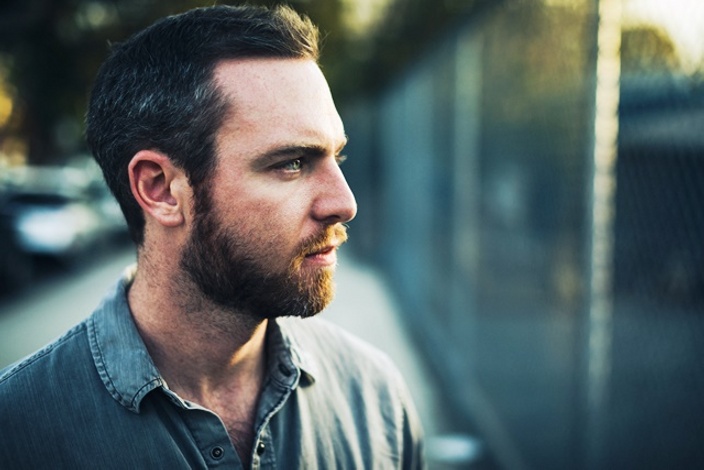 A novel with the title Ohio has a big load to carry. The state encompasses Appalachia and the Great Lakes, Rust Belt decline and urban revitalization, Oberlin progressives and pro-Trump conservatives. And for a long time, Stephen Markley contemplated calling his debut novel anything but that very complicated four-letter word.

“I had four or five placeholder titles that I was never very happy with,” says the Cincinnati native from his current home in Los Angeles. “I just kept banging my head against the wall. Because you want that symphonic title, the one that really reverberates. And somebody pointed out to me that simplicity is usually more poetic in the end. Once I sort of sat with that title for a little bit, I came to really appreciate it. It's a word that’s identifiable, and yet it's soaked through with a lot of mystery.”

True to that sense of mystery, Markley’s novel has a gritty, almost noirish mood. Each of its four lengthy sections, bookended by a prologue and epilogue, centers on one of its four lead characters, who’ve all converged on their hometown of New Canaan on the same night. Each is eager to reconcile something they had in their teen years that has since been lost—a romance, sobriety, honest work, self-respect. One narrator, Bill, is fixated on a near-term goal—ferrying an unidentified package without getting waylaid by his drug habit. But as with everybody in the novel, the big picture of post-9/11 American struggles doesn’t stray far from his thoughts: “There’s no raging against the machine because the machine just consumes whatever objection anyone makes about it,” he says.

Since Markley began working on the novel in earnest in 2013, when he began attending the Iowa Writers’ Workshop, he was concerned with balancing his characters’ pasts and presents against the larger backdrop of geopolitics. “I wanted to use the distance between who people are when they're young and optimistic and full of fire to when life has gotten at them,” he says. “You use the distance between that as a way of explaining who they are.”

The Workshop, he says, helped with the drafting of Ohio: “It takes whatever talent you have and puts it on skids.” But a lot of the labor of the novel was a matter of calibrating the narrative’s shifting lens, from the painfully intimate—as in one moment where one young woman’s capacity for self-harm takes a grotesque turn—to a landscape portrait of New Canaan’s wreckage. The latter point guides the novel’s symphonic opening sequence, in which a military funeral becomes a lyrical riff on the depressed town and how nearly two decades of war have affected it.

Markley took inspiration for that section from another Ohio writer, Toni Morrison. “Sula has an opening scene where she’s describing the hills and mountains in the Cincinnati region,” he says. “In the introduction to that book, she talks about how it was the last thing she ever wrote, and how it wouldn't have been possible to write first because she just didn't understand the place as well when she was starting out. I read that at the perfect time. That definitely informs my work on the epilogue and the prologue, which needed that roving narrator, that God's-eye view.”

Markley is aware of how his home state has become a kind of easy synonym for retrograde Trumpism, and though Ohio puts some of that on display, he’s says he worked to avoid creating a place that could be summarized simplistically.

“What I've always found obnoxious—obnoxious is a strong word...peculiar, maybe—is the exoticism that is placed upon the state,” he says. “Particularly in the aftermath of what people view as the rural Midwest’s fault that Donald Trump was elected president. ‘What are these people thinking? What are their lives like? Let’s get out into the field and understand them!’ People are every bit as left-leaning in the Midwest, and people are every bit as right-wing on the coasts.”

Mark Athitakis is a reviewer in Phoenix and author of The New Midwest.