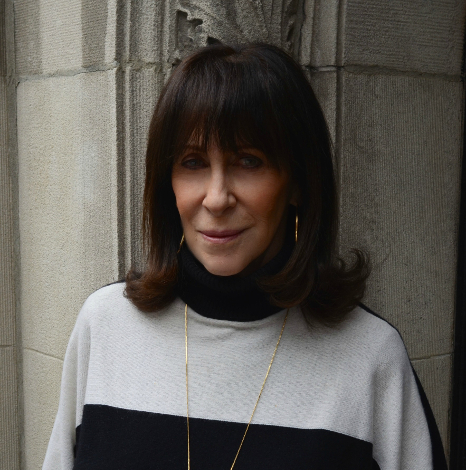 But as her debut memoir Judy & Liza & Robert & Freddie & David & Sue & Me... makes plain, addiction threatened her success at every turn—even though Phillips never touched drug or drink.

“A lot of people are drug addicts, a lot of people in every walk of life, and, boy, I stumbled over them in show business,” she says. “It’s really rotten—it stinks—but you can get over it. I wanted to be a little bit presumptuous and give a lesson. I figured I was old enough to do that.”

Phillips, 78, got her first big break in her mid-twenties, when famed agents Freddie Fields and David Begelman asked her to accompany Judy Garland on a comeback concert tour. Growing up in Hoboken, New Jersey, Phillips writes in the memoir that “Judy Garland in Meet Me in St. Louis was the girl I longed to be, with long straight hair and soft curls and a house next door to the handsomest boy on the block.” But Garland in adulthood was no role model: addicted to pills and booze, erratic, vindictive, and violent. Keeping her on schedule was a Sisyphean task.

In the book’s opening scene, Garland refuses to get out of bed at New York’s Plaza Hotel, despite being quite late for an afternoon meeting with her business manager.

“‘What do you want to wear?’ I ask Judy sweetly. She doesn’t answer me. I stand there—like the dummy I was at 25—staring at her. She takes the Salems off the nightstand, removes a cigarette, and puts it in her mouth. She takes a pack of matches, strikes one, and sets her nightgown on fire,” she writes.

“I trust that there are going to be plenty of people who are going to look at this and, wanting to preserve Judy Garland’s legacy, be outraged by what I’ve written,” she says. “They will do their damnedest to take me down in whatever ways they have, and I’m okay with that. The book is not about them, and it’s not about Judy—it’s about me, and it’s about what happened in my life and what influenced the paths that I chose, and the stories that I tell are very much a part of that.”

Garland was first in a string of addicts to influence Phillips’ life: she had a disastrous affair with Begelman. Two of three marriages were torn apart. And she watched with sadness as Minnelli, who lived on Phillips’ couch for a year while she got her showbiz start, followed her mother’s pernicious path.

In turn, Minnelli almost ruined hers: when Phillips left CMA to represent Minnelli exclusively, the troubled star dumped her without a word. Single, unemployed and supporting two young children, she reinvented herself as a theater producer who brought The Best Little Whorehouse in Texas to Broadway and beyond.

Traveling to Texas to secure rights to the madam’s life and glimpses into Phillips’ friendship with famed fellow agent Sue Mengers are among the book’s most lighthearted moments.

“I hope they are entertaining stories, because some of them are damn funny,” she says. “[Humor] saved my life many times.”

She credits Garland with adding resiliency to the list.

“She taught me both how to and how not to live. She was the major ingredient in the special lens through which I have seen, lived, and dealt with my life. Even today, what comes out on the other side of my filtration system is heavily influenced by that education. Given what I’ve gone through, I realize I’m still standing because of the greatest lesson Judy Garland taught me: how not to fold,” she writes.