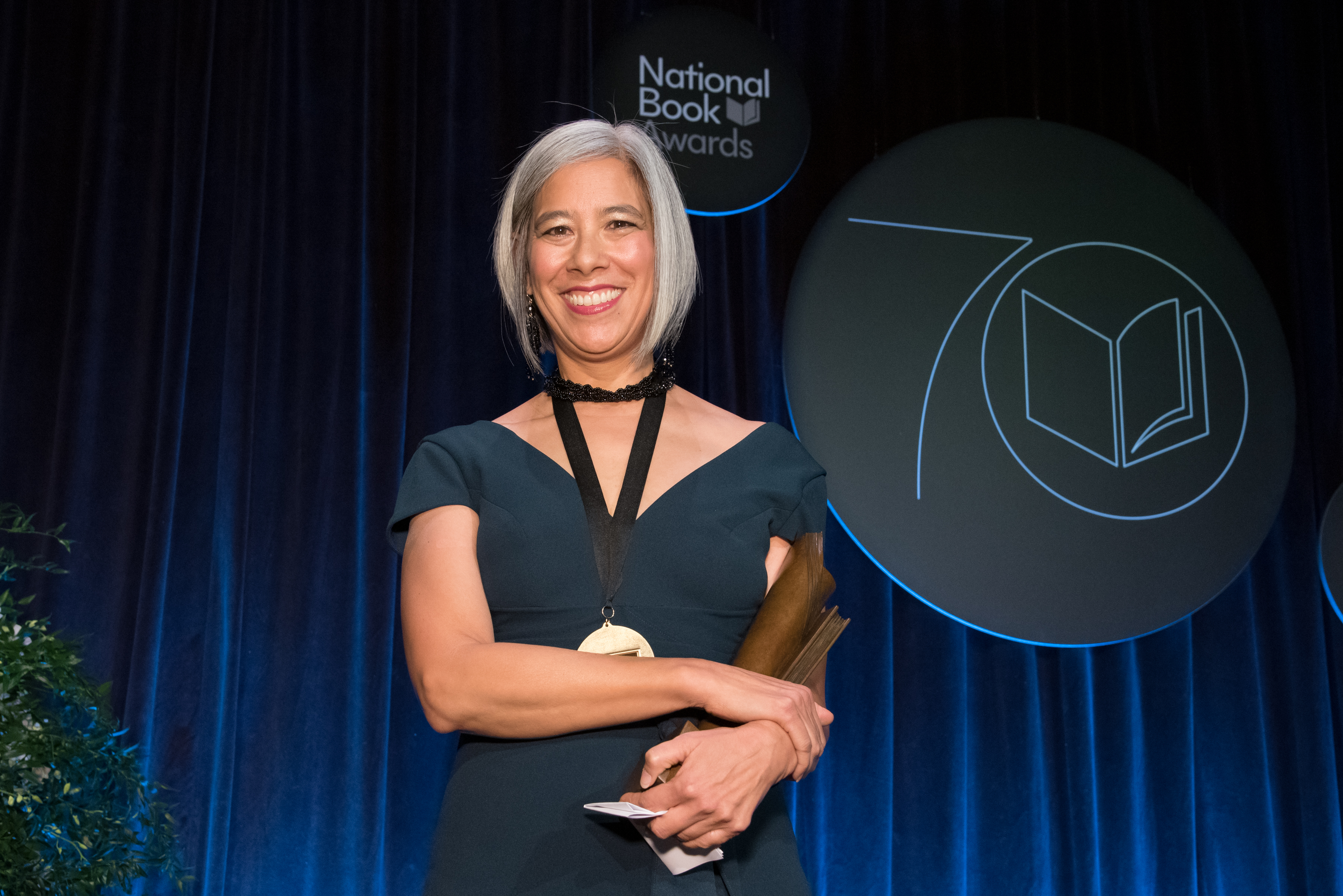 The American literary world gathered for its swankest evening of the year Wednesday when the 70th National Book Awards were presented at Cipriani Wall Street in lower Manhattan.

Actor LeVar Burton, onetime host of the PBS children’s program, Reading Rainbow, hosted the black-tie event. “If you can read in at least one language, you are free,” he told the audience.

Susan Choi won the National Book Award in fiction for Trust Exercise (Henry Holt), her smart and tricky novel about a group of students at a high school for the performing arts—focusing on the obsessive love affair between two students that readers see from shockingly different angles as the book progresses. In a starred review, Kirkus called Trust Exercise, one of its Best Books of 2019, “wrenching and one-of-a-kind” and “always thrillingly alive.” Accepting the award, Choi said it is an “astonishing privilege that this is what I get to do for a living.”

The nonfiction award was presented to Sarah M. Broom for her memoir The Yellow House (Grove Press), the story of her large African-American family and its New Orleans home across the decades. In its review, Kirkus called the book a “tribute to the multitude of stories one small home can contain, even one bursting with loss.” Broom thanked her 12 siblings, including a brother who died the day after the book’s publication, and her mother—a “poet in her own right” from whom she “learned that words were a kind of sustenance.”

The award for translated literature, given this year for only the second trime, was given to Hungarian novelist László Krasznahorkai for Baron Wenckheim’s Homecoming, translated by Ottilie Mulzet (New Directions). Kirkus called the book “a daunting experimental novel” blending the author’s “trademark interests in philosophy and apocalypse.”

Martin W. Sandler received the award in Young People’s Literature for 1919: The Year That Changed America (Bloomsbury). In its review, Kirkus called the nonfiction book an “entertaining and instructive look at a tumultuous year.”

Two lifetime achievement awards were also presented. The Literarian Award was given to Oren Teicher, CEO of the American Booksellers Association, by novelist and bookseller Ann Patchett. Edmund White, author of numerous books including, most recently, The Unpunished Vice, received the award for Distinguished Contribution to American Letters. It was presented by filmmaker and author John Waters, who noted that White has already “won more awards than Meryl Streep.”