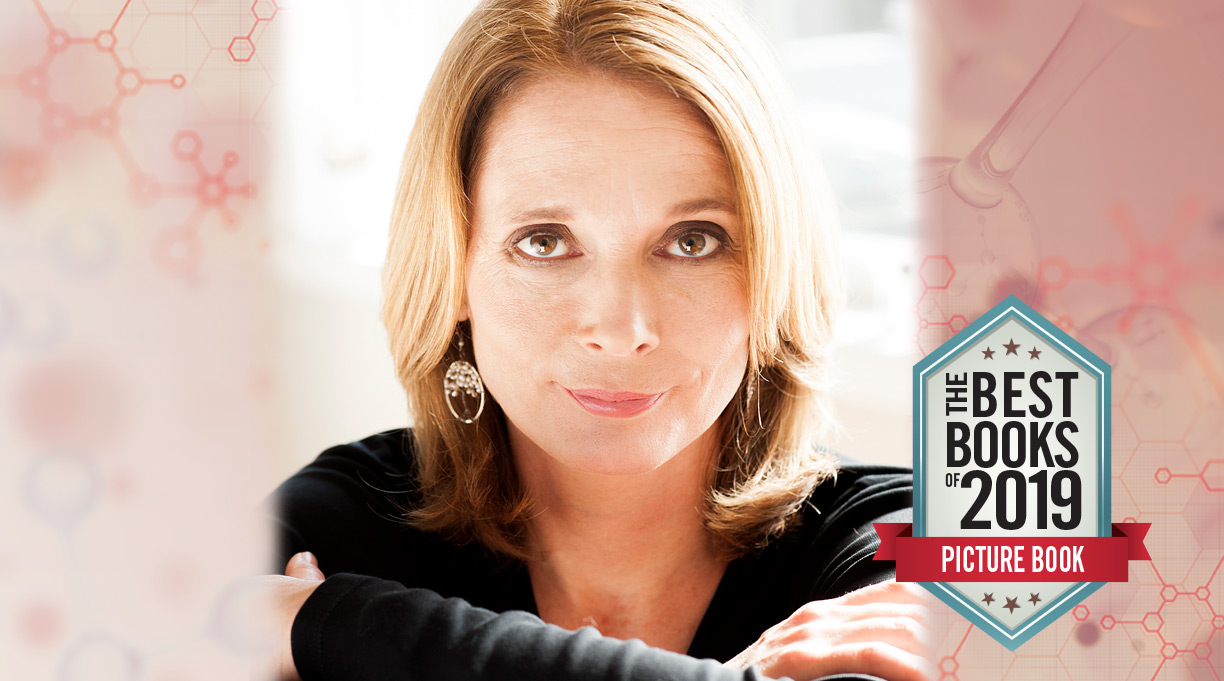 It all began with author Susin Nielsen’s two cats: a tortoiseshell named Emily Brontë and an orange tabby named Erwin Schrödinger. In real life they are biological siblings, but in Nielsen’s Kirkus-starred picture book they become Princess Puffybottom…And Darryl (Tundra, Feb. 5)—a feline aristocrat and a feisty black puppy, respectively.

As is often the case in cat-dog relationships and new-sibling narratives, Puffybottom balks when her “subjects”—aka the couple that adopted her—bring Darryl home. But as the animals’ reckoning unfolds, there’s another subplot developing in the background: Their humans are preparing for the birth of their first baby. And they happen to be an interracial, same-sex couple.

“I was mainly thinking more about the new-sibling story,” says Nielsen, reflecting on the earliest iterations of the book. “But I also knew that what was going to make the story hopefully stand out was the inclusion of a same-sex couple who are about to start their own family, beyond their pet family. I knew from the very beginning that the pets’ parents would be two women. But I wanted to represent them in a very quiet way. I didn't want their relationship to be the story; I just wanted it to be.”

Nielsen, who has penned several YA novels, handed off an early manuscript to her editor, Tara Walker, who selected Olivia Chin Mueller to bring the story to life through illustrations. “I think the best illustrators are the ones who bring a whole other layer to the story,” says Nielsen.

Nielsen remembers making a note that it would be nice to have some racial diversity in the human relationship and was absolutely thrilled when she saw how Mueller developed the characters. “I’ve actually had same-sex couples reach out to me on Facebook and Instagram who said that they teared up when they read the book because they’d never seen themselves represented in this way,” says Nielsen. “There are obviously other books—even picture books—that have same-sex couples. But in our story, they’re just there. They are the subjects, not the story.”

Laura Jenkins is a writer and photojournalist in the Texas Hill Country.