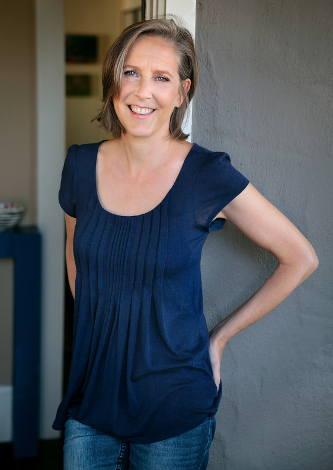 Mary Roach repeats the question with a personal pronoun, then pauses. “I want to say yes,” she confesses, “but really there are things...” Like that particularly mucilaginous gumbo from a West Oakland restaurant a few weeks back. (It was the okra.) But really, truly, the answer is no, you cannot gross out Mary Roach. Not at this point.

Take as evidence a scene from her latest book, Gulp: Adventures on the Alimentary Canal, in which Roach plunges her arm into the stomach of a cannulated cow whose scientific name is 101.5. This 101.5 is a living, standing cow with a permanent porthole in its gut through which researchers (and reporters) can explore digestion in motion. There are photos of Roach with her right arm inside 101.5. “The cow appears unmoved,” she writes. “I look like I’ve seen God. I was in all the way to my armpit and still could not reach the bottom.” It’s all very Magic School Bus, but wetter, warmer, and real. “The stomach is not just a bag,” she says. “It’s like an industrial mixing machine, and nothing brings that home like sticking your hand in a cow’s rumen.”

Roach has made a career of peering and poking into the best-kept secrets of bodies human and otherwise. From cozying up to corpses in Stiff (2003) to investigating the protocol for voiding solid waste while weightless in Packing for Mars (2010), no inquiry is too icky, no biological process taboo. Grotesque but not gratuitous, Roach explores the wacky, weird and wonderful science of life and death. Gulp, specifically, is about the prelude, in-between and aftermath of ingestion, digestion and excretion.

There’s a lot going on in our guts that’s happily ignored on a daily basis. “I think that people inhabit their minds more than they inhabit their bodies. Until we’re hungry or tired or we’re injured, it’s ‘out of sight, out of mind.’ Who’s even given thought to ‘what does my gall bladder look like?’ It’s in there. ‘What is it attached to? And my spleen! I can’t even picture my spleen!’” says Roach, speaking for most of us.

There are others out there like Roach, the women and men of science who dedicate their lives to understanding and improving ours in strange, precise ways. These include engineering the crispiest chip, performing fecal transplants to cure bacterial ails, and assessing megacolons. “My sense of curiosity overpowers my sense of disgust,” says Roach. “There are things that are, yeah, kind of gross, but usually it’s so fascinating to me that that ceases to matter.”

Secondary to their work, but still fascinating, are the names: Dr. Turdiman, a gastroenterologist; detergent chemist Luis Spitz and industry consultant Keith Grime; a pork testicle project performed by the team at Ball State University. Roach, who by rights should be an entomologist or run a medical marijuana dispensary, shares her delight.

For all the eructations, chews, chomps, swallows, and peristaltic pulses, the bottom line is that the body is a wondrous machine. Its functionality may be mundane or miraculous, depending on whether you’re willing to take the time to look inside, like Roach. “I would love to say I’m changing the world, and making everybody more rational and open minded, but I think that most of the people who are drawn to my books are pretty open minded,” she says.

Try as we might, few may attain Roach’s level of consciousness or cast-iron stomach. She once asked a heart surgeon whether people who benefit from a heart transplant get to keep their old heart. The doctor told her that the former heart becomes biomedical waste. “Seriously?! People will throw their own heart into the biowaste bag? Come on! You’ve got to be kidding,” Roach recalls thinking. “I would put it in a little glass jar.”

Megan Labrise is a New York-based freelance writer and columnist with a fairly strong stomach. Follow her on Twitter @mlabrise.