In this sponsored interview, we ask the actor and writer about his hilarious debut middle-grade novel 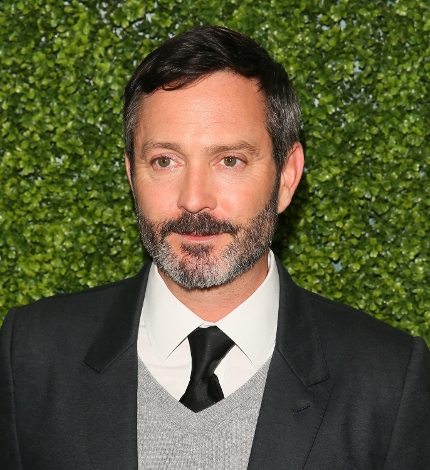 For his debut novel, Thomas Lennon—best known for his iconic work in Reno 911!—writes what he knows best: being extremely Irish and absurdly, nonsensically funny. “If my options were ever to go heavy or go silly,” he says, “I almost always went very, very silly with the book.” That’s not to say, however, that Ronan Boyle and the Bridge of Riddles lacks heart. Surrounded by a menagerie of magical folk, from foulmouthed leprechauns to leprechaun-eating unicorns, the titular and somewhat autobiographical character stands out for his earnestness, unending goodwill, and social awkwardness.

In Ronan Boyle,readers meet a scrawny 15-year-old who, solely because of that very scrawniness, finds himself thrust into the fast-paced world of magical law enforcement. As a cadet in the Irish Garda’s Special Unit, his job is to help ensure that the various faerie folk of Ireland stay in line. Whether the wide-eyed Ronan is ever truly up to the superhuman task is something the reader is never quite sure of. And yet, from whacking angry leprechauns clean off their feet to successfully answering a far darrig’s riddle, the unlikely hero proves himself capable of far more than even he expects of himself.

“I didn’t want to have a main character that was cool,” Lennon says when asked about the genesis of Ronan. He’s a skinny boy, yes, and that’s crucial to his character. But “almost everything else about him is just my autobiography: the severe food allergies, the tendency to blurt out the dumbest thing you could possibly say in a situation, the obsession with Dame Judi Dench.” But Ronan, in his own way, is cool. “I love his interactions with the world and his courage.”

Courage is certainly something that Ronan needs as he makes his way through this first in a series of adventures. The leprechauns Lennon creates aren’t the sweet little green men who smile on cereal boxes; they hail from a time before mass marketing and commercialization. “In the stories I was told as a kid,” Lennon explains, “leprechauns don’t put candy in your shoes. They'll do something like switch out a baby that’s being adored too much with an ugly baby. They're swindlers who would replace your nose with a turnip if they could make a euro off of it.”

The world that the reader enters in Ronan Boyle is undoubtedly magical, but “the magic isn’t wonderful,” Lennon is quick to clarify. “It’s small and sinister and dubious.” In drawing upon authentic folklore, Lennon hearkens back to a long and established Irish tradition of storytelling that links the ancient Celts to Oscar Wilde and W.B. Yeats. While he added a few of his own takes here and there, Lennon was careful to ensure that all of his faerie folk have a grounding in history or mythology, thereby ensuring that if young readers are inspired to seek out more information on clurichauns or pucas, it’s out there for them to find.

When he began writing, Lennon says he wasn’t really conscious of the fact that he was writing for a specific audience of young readers. “I think what I accidentally did was I wrote to my son, who is 9, and also for myself, right when I started to love books.” The book is dedicated to his son, and Lennon even inadvertently brought him into the workshopping process. (“A great way to edit your book,” he says, “is to read it to a child every night, especially in a very light Irish accent.”) And with such a specific audience in mind, Lennon also very intentionally set out to write a book that wasn’t a chore to read.

Lennon’s son has attention deficit disorder. Ronan Boyle is an effort “to get brand-new recruits into the world of reading, maybe kids who aren’t ready to pick up The Sound and the Fury quite yet,” Lennon says. “I wanted it to be a lark, without a lot of heavy lifting. I guess,” he adds, clearing his throat, “you could call this very recreational reading.”