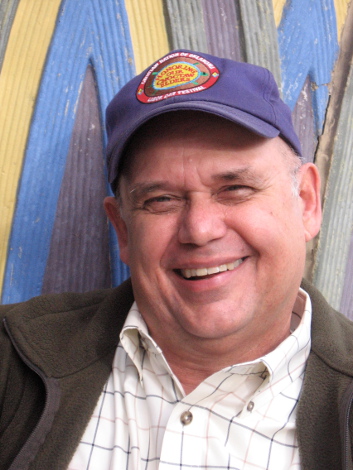 Tim Tingle’s grandmother was full-blooded Oklahoma Choctaw but she forbade an openness about the family’s heritage. Fearful for racist repercussions after her own life experience, she enforced a cultural invisibility. But she was also the impetus for dissolving that seclusion.

“Before she died, she called us together and said, ‘It’s time for us to be proud of who we are,’ ” Tingle recalls. “That’s when I decided I was going to start researching and writing.”

“A more accurate idea about American Indians,” says Tingle. “That’s my number one goal, even in the [No Name] series—a contemporary boys basketball series with bullying and boyfriends and girlfriends. There are so many school children who actually believe that Indians are a thing of the past. So the major character [Bobby] is Indian; the coach is Indian.”

Many years, books, and spoken stories later, Tingle’s young adult No Name series is now three books with a fourth in the pipeline. In A Name Earned, Bobby Byington’s fate in coping with an abusive, alcoholic father is also dealt to his teammate Lloyd. Friends, parents, and the coach come together to help Lloyd and his father through the darkness.

As the son of an alcoholic, Tingle’s parallels with Bobby are a large slice of what makes the series so moving to him. “If [my dad] hadn’t had his third heart attack and sobered up for the last 10 years of his life, I would have never written his book. But it’s written in a way to honor him.”

When Tingle was asked to do a reluctant reader series that would eventually become the No Name series, he had no idea what a reluctant reader was. Beyond blueprinting short paragraphs and straightforward dialogue, he learned that “such a high percentage of reluctant readers have troubles at home. So I thought, who can speak more directly than the son of an alcoholic who had to change his own ways?” Tingle is candid about his own heart attack in a sweat lodge after a night of too many drinks. That was 20 years ago—and 20 subsequent years of sobriety.

“So the challenges and the denial and the blame in the series, I know it from the outside and from the inside both. Tragedy happens in everything I write, but the tragedy is never gonna win. I want the kids who live in that environment to know that…just because your home situation doesn’t change, doesn’t mean you can’t.”

One school visit in particular resonated with Tingle in the early days of the series. Dozens of students approached him after his talk, confiding that, beyond their Choctaw

heritage, their fractured upbringings were synonymous with his.

“The beauty of it is that now they could talk about it openly to their friends. And when high school friends are able to talk about challenges, it makes things so much easier. You’re not having to hide and pull the door over.”

Recently, Tingle had a different kind of school visit. The day after staying up late to write a basketball pep talk scene for Bobby and his teammates in A Name Earned, he meandered to his alma mater to catch a high school basketball game. The coach recognized Tingle and asked him to deliver a locker room speech. Like a true storyteller, as Tingle recounts his words, he gives me goosebumps (and the confidence to throw a three-pointer even though I have the athletic prowess of a drowsy giraffe).

“Everything that happens that’s unfair, you don’t complain. Use it as inspiration. When you get tired, you take a deep breath and know you can get tired after the game. Right now, the fire’s going.”

Gordon West is a writer, illustrator, hand-letterer, and shark enthusiast currently surveying the States for his next East Coast home.