An Ordinary Girl in a Supernatural World 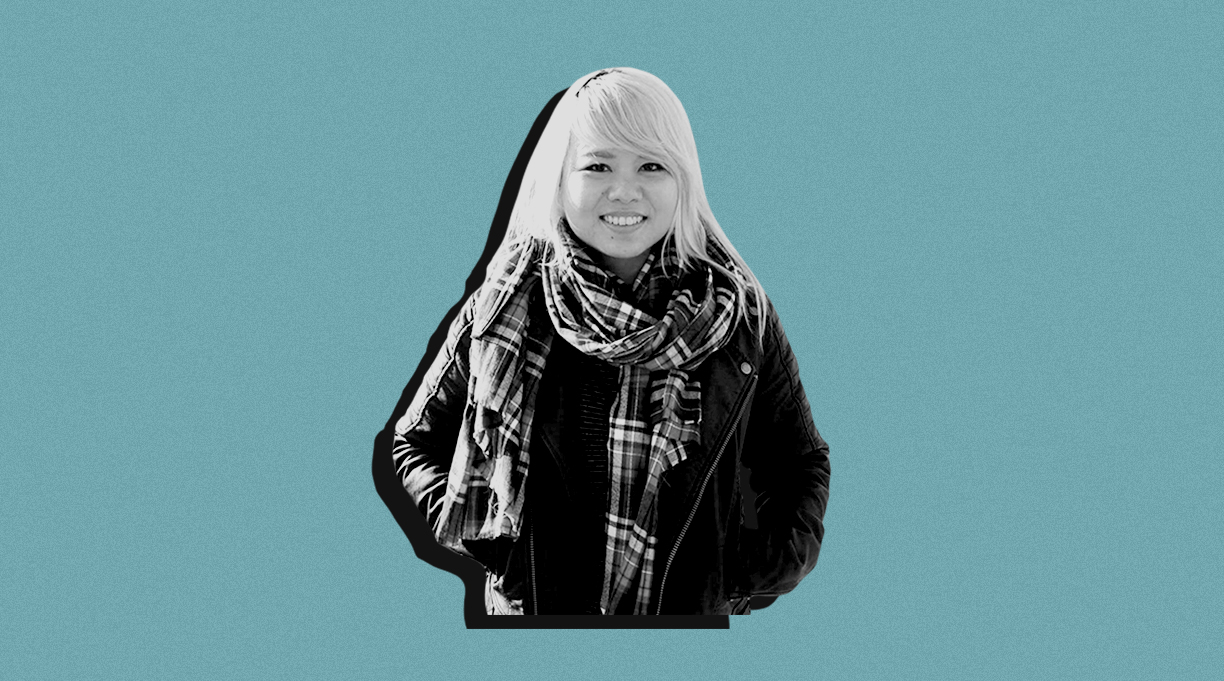 Public librarian Van Hoang’s debut, Girl Giant and the Monkey King (Roaring Brook, Dec. 1), is poised to join the growing crop of middle-grade fantasy novels in which modern kids discover their close ties to deities of non-Western pantheons. The book will be rubbing shoulders with the likes of Sayantani DasGupta’s Kiranmala and the Kingdom Beyond series (Scholastic), Ryan Calejo’s Charlie Hernández books (Aladdin), and, of course, the many offerings from Rick Riordan Presents. Hoang’s tale concerns Thom Ngho, recently dragged by her librarian single mother across the country to settle in Georgia, where Thom is one of two Asian kids in her grade. As if she doesn’t stand out enough, she’s also recently developed superstrength—an attribute that is awkward at best and actively dangerous at worst. When she accidentally liberates the Monkey King from prison and finds the trickster demon-god in her bedroom, she begins to wonder if there might be some connection between her newfound strength and the Boy Giant, one of Vietnamese cosmology’s Four Immortals. Hoang spoke to us via Zoom from her home in Long Beach, California. This interview has been edited for length and clarity.

How do you feel about entering this mythology/fantasy market?

I feel great about it, because for a long time, non-Western mythology wasn’t really in the mainstream. That was one of [my] inspirations: I wanted to introduce [Vietnamese] mythology to the mainstream. And since Rick Riordan Presents and all those other books have gotten [so] popular, I’m really excited to be part of it. These mythologies deserve to be in the spotlight.

How did you go about researching the stories and developing the Monkey King and the Immortals as your own characters?

In my research for this book, the only real literature that I could find was the original [16th century] text of Journey to the West, by Wu Cheng’en. But just growing up, I watched a lot of Asian dramas on the Monkey King. I’ve always had his character alive in my brain, you know. He was a big part of my childhood, but most of the movies and stories about him are geared toward an adult audience. And I wanted to introduce him to middle grade. For characters like the Boy Giant, there wasn’t much research that I could do other than just like finding his stories online. So I talked to my sister, who is much more in touch with Vietnamese culture [than I am]. She was very enthusiastic and told me [more] stories.

There’s a living faith—Buddhism—sharing the pages with characters that a lot of your readers are going to think of as purely mythological. How did you create a balance between faith and fun characters?

I’m not Buddhist myself, so I wanted to address it in a sensitive way—because it is a real religion. Anytime I focus on Buddhism, I try to treat it as a strong, real belief. And Thom is interacting with these characters and interacting with this history in a real way, because it’s real to her.

[Vietnamese] culture specifically has a lot of strong influences from Chinese culture. A lot of our Immortals and gods [are] very influenced by Chinese. So even though I try to make a clear distinction, it’s almost impossible to. [And the Monkey King also] shows up in a lot of Asian mythologies in general. So in a way, I think that’s what influences how Thom feels even though she’s Vietnamese. It’s like her experience as an Asian American: It’s more universal. I think one of the reasons I went with that maybe on a subconscious level is because I have a lot of Asian friends that aren’t just Vietnamese. I wanted to channel their experience in this book, as an Asian American experience growing up in a White culture.

I love the characterization of Thom’s mother. She’s a strict mom—some people might say stereotypically so—but she also hates cooking and just microwaves all their food.

I like to tell people that she’s how I would picture myself if I was a mother. Obviously, she’s different because she’s very traditionally Vietnamese, and I don’t think I am. When I wrote the book, I didn’t have any kids, but now I have a newborn; he’s about a month old. But at the time I just pictured how I would act if I was a single mother and had a daughter. And I think I would be that strict. And there are some parts about me that are very traditionally Vietnamese, but then there are other parts that aren’t. I think she walks that balance between being stereotypical but not.

I’m also interested in how you wrote her dialogue, which isn’t in standard English.

I struggled with that. And then there were times when I reverted to perfect grammar when she was talking, and I had to go back in and make her sound a little less like a perfect English speaker. The reason I did that was because when I came to America, I was 4. So I grew up speaking English without an Asian accent, but most of my siblings have one. I just wanted to show that in a positive light. It wasn’t to make a statement or anything, but I just wanted that representation, to show everyone that you can have an Asian accent—or any accent—and still be a wonderful character, you know?

I knew I wanted to write about the Boy Giant. When I came up with the idea to write about his daughter, I wasn’t actually going to give her a superpower. I wanted kids to read a story about someone who doesn’t have special abilities but is still the hero. But then I thought it would be cool to give her a strength but show that actually it’s not as amazing as you think it would be.

Is there something that you really want to say about your book that I haven’t asked you?

Most of the pantheon books that are out there focus on how cool it is to go on these adventures and to meet the gods. I think Thom’s story is different in the fact that she has a more realistic experience. Even though she’s in this supernatural world, she still struggles with what she is and who she is. I guess that’s the takeaway: She’s having these adventures, but that doesn’t mean that she just gets to escape her problems.