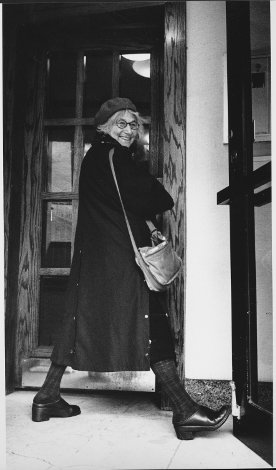 In the summer of 2015, Chris Raschka got a call from his friend Vera B. Williams. He hadn’t spoken into her in a few years and asked how she was doing. “Eh, good and bad,” she said. “The good news is I want to do a book and the bad news is I have cancer.” She had a request: would Raschka collaborate with her on the book?

The decision was an easy one—not only was Williams personally important to him, he also admired the work of the award-winning children’s writer and activist immensely. “Her work has always been very strong,” he says. “It’s been a voice of social protest; it’s been this strong agitating voice for people and characters who are not often found in children’s books.” He put his own projects aside and immediately jumped into working on the new book.

The product of their collaboration, Home at Last, tells the sweet story of a young boy, Lester, who comes to live with Daddy Albert, Daddy Rich, and their dog Wincka. Adopted from a group home, Lester struggles to adjust to his new home until the family finds a way to make him feel safe. The colorful paintings beautifully evoke both Lester’s anxieties and the warmth and love of Daddy Rich and Daddy Albert’s home.

The story is Williams’: she wrote it years ago but had set it aside to focus on her family, life, and projects. Though it touches on topical social issues like acceptance of LGBTQ families and adoption, the story was inspired by Williams’ own childhood, when she was separated from her parents for two years. “She remembered strongly coming back to her family,” Raschka says, “and she really wanted to capture that feeling of worry, of uncertainty, and ultimately of great  happiness when you were home at last.”

From the initial words, Raschka and Williams worked together to create a layout and illustrations. Raschka drove up to see Williams at her home in Narrowsburg, New York and was astounded by her physical transformation: she looked barely half the size she had been. “But after I got over my shock,” he says, “pretty soon Vera was just her old self again and she was bustling around the kitchen making us a beautiful lunch.” That weekend, the two discussed plans for the book and began making sketches of what it would look like.

The partners continued to work on the drawings separately but were only able to meet twice more. Nonetheless, Raschka describes the time they spent

drawing together on her sun porch as some of his favorite days. “The fact that she, in the very last days of her life, was working and was still full of excitement and joy and interest in what she was doing—this is the greatest gift she gave me,” he says. Her enthusiasm was inspiring.

On October 16, 2015, just after deciding on a final layout for the book, Vera Williams passed away. Raschka carried on working on the art for the book. “I had to use Vera’s drawings and the spirit of Vera as I knew her to help me finish the paintings,” he says. Despite the challenges of incorporating both his work and William’s, Raschka ultimately created the gorgeous watercolor illustrations that seamlessly fuse the two styles.

Raschka is pleased with the final book and hopes Vera would be too. Regardless, he sees her in its pages.

Alex Heimbach is a writer and editor in California. The photo above is of Chris Raschka by Sonya Sones.