Anonymous Author of A Warning Will Reveal Identity Before 2020 Election 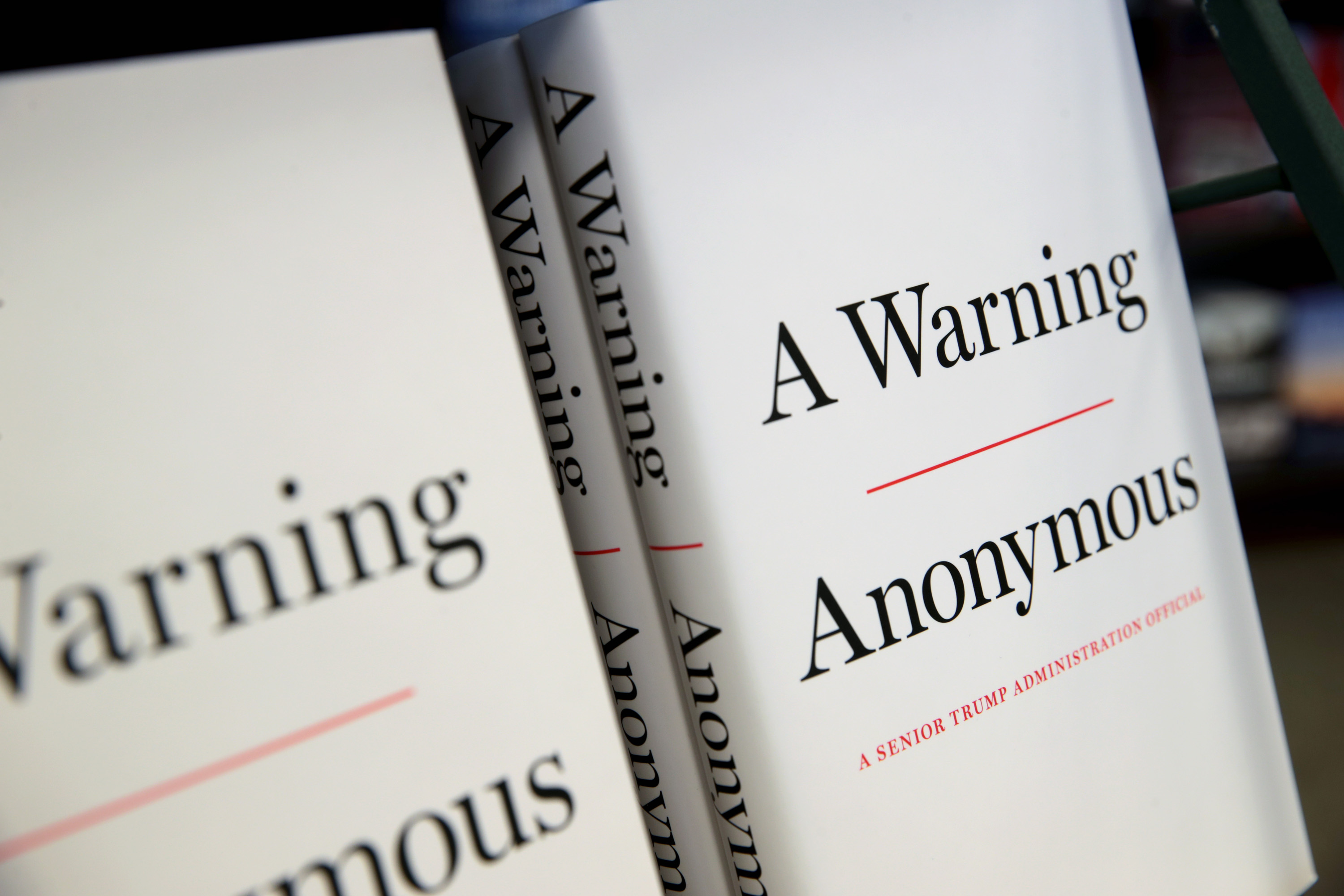 The author of A Warning won’t be anonymous forever.

The unnamed writer of the season’s hottest political book, which is sharply critical of the Trump administration, said in a Reddit “Ask Me Anything” thread that they plan to reveal their identity before the 2020 election.

“I will not keep my identity shrouded in secrecy forever,” the author said. “Donald Trump has not heard the last of me. There is more to come … Trump will hear from me, in my own name, before the 2020 election.”

The author, described by their publisher as a “senior administration official” who served or is serving under Trump, has kept their identity a closely guarded secret, but that hasn’t stopped political observers from speculating who it might be.

In the Reddit thread, the author explained why they chose to publish the book anonymously.

“Trump thrives on distractions, and anonymity is a way to deprive him of his favorite weapon of mass distraction—personal attacks—and force the discussion to center on the substance, his character,” the writer said.

The author also said there are “more potential whistleblowers” who might come forward in the coming months to speak about the president’s “corruption.”

“Other people who are currently serving, and who have left, are also considering adding their voices before votes are cast in 2020,” the writer said. “We talk about this with some regularity.”

Asked by a Reddit user what citizens can do to ensure Trump doesn’t get reelected in 2020, Anonymous offered this advice: “I am going to offer what—in any other year—would be the worst advice you could possibly offer during the holiday season: It's time to talk politics this Thanksgiving … Blame me if it goes poorly. It might.”