When Was the Last Time You Saw Santa? 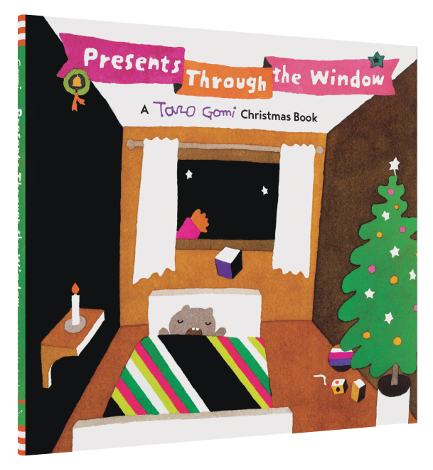 I make a point of reminding everybody of this—and I’m terribly sorry if it is news to you—because Santa Claus comes up a lot in this issue’s roundup of winter holiday picture books. Of the 45 books in the roundup, 41 are about Christmas, three are about Hanukkah, and one (Shmelf the Hanukkah Elf, by Greg Wolfe and illustrated by Howard McWilliam) is a weird hybrid of the two. Of those 41 ½ Christmas books, about a dozen feature Santa or a Santa-like figure, and almost all of those Santas are white or light-skinned, a fact that we note in our reviews following our policy of identifying characters’ races whenever possible. (The two notable exceptions are the Asian Santa in Taro Gomi’s stellar Presents Through the Window and Oranga Claus in the rather silly An Orangutan’s Night Before Christmas, by Laura Boldin Fournier and illustrated by Stan Jaskiel.)

I can hear the eyes rolling already. Of course Santa is white, many will say. To which I respond: Why? How do you know? When was the last time you saw him?

I know, I know; Santa Claus’ origins can be found in the historical fourth-century Greek Bishop of Myra, Nikolaos. But in so far as Bishop Nikolaos was active in what is now modern-day Turkey and not the North Pole and likely never wore a red, fur-trimmed suit, oversaw a toy factory staffed by elves, or raised flying reindeer to pull the sleigh he probably never needed, I think that we can all agree that our modern concept of Santa Claus owes more to received tradition and

artistic license than it does to history.

So, since tradition and artistic license are both malleable things, why cling to an exclusive image of Santa as a bearded white dude? Since the children who celebrate Christmas and anticipate the arrival of Santa are an endlessly diverse group, it seems reasonable to hope that someday their Santas will be, too.