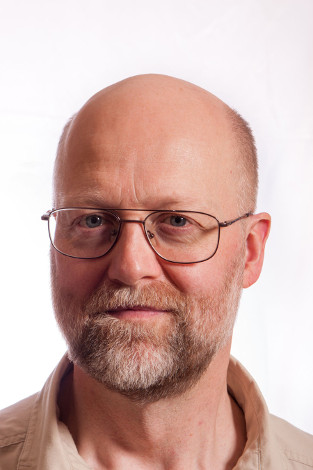 William Campbell Powell’s science fiction debut Expiration Day was plucked from the slush pile at the offices of his publisher, Tor. Some might call that beginner’s luck, but the novel is actually Powell’s fifth. Writing those previous novels, “was essentially my apprenticeship, getting those awful novels out of the way,” he says. “What came to Tor editor Susan Chang was a more mature, better crafted piece of work.”

That work was inspired by Robert Heinlein’s classic The Moon Is a Harsh Mistress, which features a computer that gains self-awareness. “I wanted to reuse that concept,” Powell says. Powell’s novel takes place during mid-21st-century, some years after the Troubles, when the birthrate went flat, and anguished adults rioted because they could see no future without children. “When you suddenly realize there aren’t any children being born, what do you do?” Powell asks. “Adopt, steal children, share children? What if parents won’t give them up? The situation opens scope for a lot of violence and envy. There are always people who use that tension for power.”

To restore stability and give childless couples some solace, the Oxted Corporation manufactures teknoids: robot simulations of children, who can be adjusted to apparently age 18, at which point they’re returned to Oxted to face an unknown fate. Powell explains that the relationship between “parents” and their teknoids is comparable to “how people get attached to pets.” People are able to eventually let go of their teknoids, because as time passes, the sensation of “the uncanny valley”—that uncomfortable sensation that something is close to human but not close enough—becomes ever stronger. “People do become aware of the difference between a very good simulation of human, and a very poor one,” Powell says.

However, Tania Annette Deely, an 11-year-old girl living in a small village near London, at first seems to be a very good simulation of human. In fact, she actually believes that she is one of the very few human children still being born, when a serious accident reveals the truth of her artificial body.

The shattering of her precious illusion, and the somewhat emotionally fraught years that follow, are chronicled in Tania’s diary, which she addresses to “Zog,” an imaginary alien archaeologist whom she pretends will one day read her life story. Except that Zog turns out not to be imaginary: Millennia later, a being from a distant star system does indeed read the diary, and comments on it throughout the book.

I wondered why Powell thought that it was important to include a real Zog in the story. He explains that it’s “a way of introducing the idea that humanity might not have a future; Tania understands that the person who reads the diary might not be human.”

As humanity nears extinction, its creativity seems to be dying as well, helped along by a government that “rigidly controls the Internet” and bans art and media with unfortunate implications. Pinocchio is forbidden because “the thought of a puppet becoming a person” is not only an impossible dream, but in this milieu, a tragic one. There’s a passion for nostalgia, and nearly a revulsion for the new. Powell uses music as his “yardstick” for this tendency. “There are no bands because they don’t have any humans. Who’s creating music other than geriatric pop stars? What are you going to sing about? The things that are topical are just too painful.” Plus, there are “so few young ones at the really creative age, so they can’t get together.” Surprisingly, it’s Tania and her teknoid friend John who have a burning desire to create, and they form a band with two human friends. John writes his own songs (although only a limited audience wants to hear them), and Tania plays her bass with such devotion that she actually destroys the artificial skin of her fingers.

Such acts suggest that the hope and legacy of the human race may lie with the teknoids. And Zog, whose history is gradually revealed between diary entries, implies that Tania and her artificial kin may hold the key to revitalizing its own people as well.