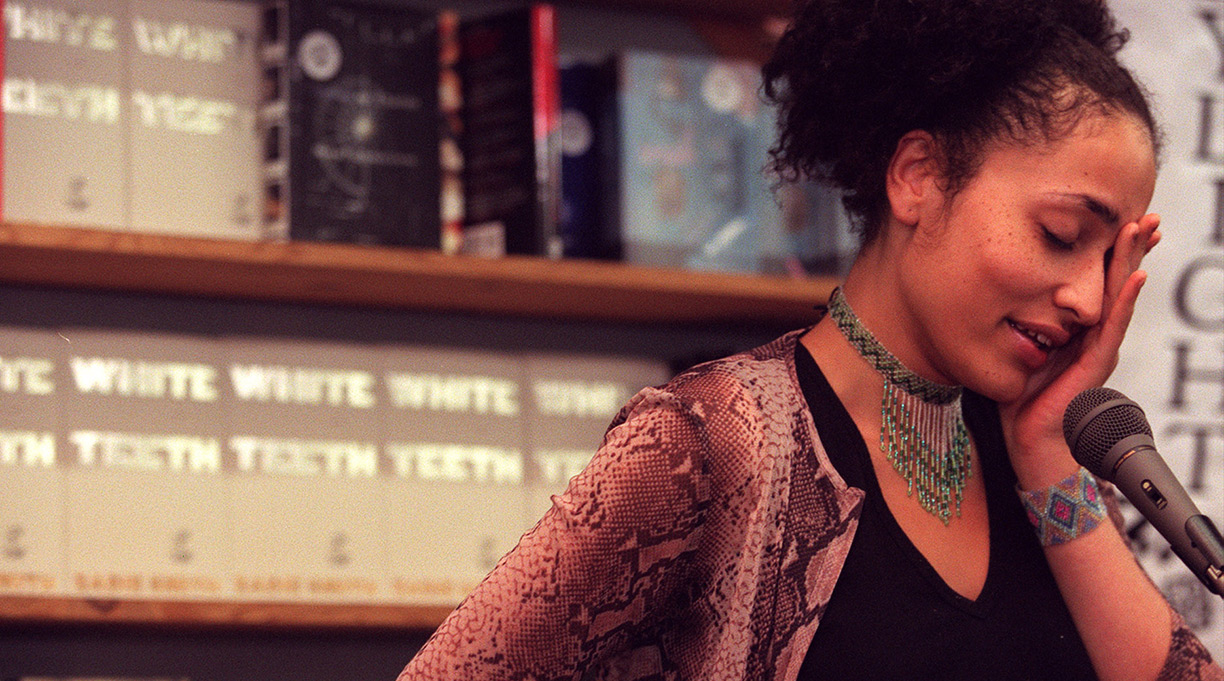 It’s 1975, and in sleepy London town, punk is about to explode. So is an electoral campaign that will bring racists out from under every rock on the island, making war zones of places like Brixton and Willesden. Politicians such as “E. Knock someone or other”—Enoch Powell, that is—have been promising that if immigration continues unabated, Britain’s streets will run red with blood, but even so, people of different cultures, religions, and hues are getting along pretty well, making the best of their lives in rainy old Blighty.

Everyone, that is, except Alfred Archibald Jones, who, as Zadie Smith’s novel, White Teeth, opens, is spending New Year’s Day trying to do himself in. Just now he’s sitting in his fume-filled car not far from the city center, waiting for the carbon monoxide to do its job. It isn’t particularly nice to leave a mess for the neighbors, but even so, he isn’t about to go out into the countryside to hang himself from a tree. “The way Archie saw it,” writes Smith, “country people should die in the country and city people should die in the city. Only proper.”

That’s about as close to a decision as Archie will come to. He’s a dreadfully mediocre, indecisive chap. His Italian war bride wife, sick of it all, has ended their marriage, and at 47, he’s convinced his life is over. But not today, for a Muslim halal butcher interrupts his suicide attempt, shouting, “If you’re going to die around here, my friend, I’m afraid you’ve got to be thoroughly bled first.”

Archie’s fortunes turn. He marries Clara, a Jamaican woman nearly half his age, and soon a mixed-race baby comes into the world. Irie is shy and has self-esteem issues, but as the 1970s shade into the ’80s and beyond, Archie and Clara’s world—a place where blacks and whites and Indians and all sorts of people mix and mingle—becomes her own. Archie is, as ever, complacent, while his best friend, a Bengali Muslim named Samad, is convinced that England has been going from bad to worse since the war ended. He still resents not having been able to prove himself a hero, and not for want of trying.

Their lives are bound up in complications, as lives will be. Some of the neighborhood kids become fundamentalist militants while others go to work for a Jewish-Catholic paterfamilias doing cancer research even as others join a radical animal rights group to save the poor white lab mice. Mix in Jehovah’s Witnesses, and Smith’s overstuffed London street becomes a madcap free-for-all.

It all makes for a pleasing, funny, empathetic, and on-the-mark look at the curious critters we humans are. Zadie Smith, the daughter of a white Englishman and a black Jamaican, delivered a first novel 20 years ago that was part broad comedy, part roman à clef. Born in 1975, Smith has gone on to publish other novels, each as good as her debut. But that first book, White Teeth, full of humane good humor, is still the place to start reading her.