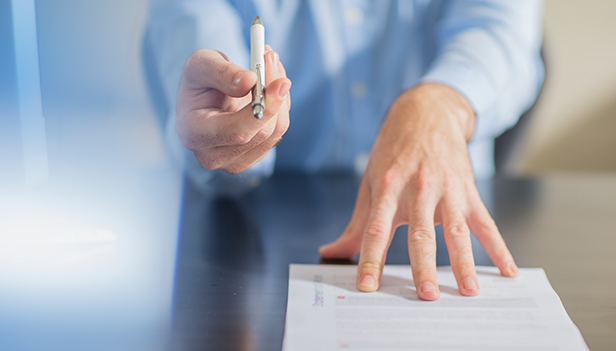 The Frances Goldin Literary Agency, founded in 1977, represents such bestselling authors as Barbara Kingsolver and Deborah Harkness, and it has a stated commitment to “books that will make a difference and will last.” Caroline Eisenmann, who joined the agency in 2017, is firmly a part of that tradition, representing such authors as Brandon Hobson, whose Where the Dead Sit Talking was named one of the best literary novels of 2018 by Kirkus; debut novelist Amanda Goldblatt; and Linda Rui Feng, author of City of Marvel and Transformation: Chang’an and Narratives of Experience in Tang Dynasty China. We asked her about what catches her eye in fiction and nonfiction.

What themes in fiction are most likely to capture your attention in a submission? For example, what appealed to you most about Amanda Goldblatt’s upcoming debut novel Hard Mouth, set for publication later in 2019?

A friend once described my favorite themes as “desire and loss.” That might be a little overly narrow, but I’m perpetually attracted to writing that asks questions about intimacy and also tend to like work that’s visceral, high-stakes, and driven by an unmanageable emotion of some kind. I’m also incredibly interested in fiction that expresses structural rage; by that, I mean work that tells stories or thinks about systems of power and oppression through an individual lens. And while my list skews pretty literary, I’m also a reader who really craves plot.

I was immediately taken by so many things about Hard Mouth: The wild energy of Amanda’s language, the potent mix of humor and feeling, the strange and unforgettable narrator, the propulsive story. She’s always talked about the book as “an adventure novel about grief,” which perhaps gets most concisely to the heart of what I love about it. The character at the center of the book experiences an inability to confront her own emotion—in this case, anguish over her father’s long illness and coming death—which compels her to flee her life; the novel follows her unlikely journey through both the figurative and literal wilderness as she eventually returns to that feeling, and to herself. It’s a truly gorgeous book about coming to terms with loss, and also one that feels utterly fresh.

What is it that interests you most about Brandon Hobson’s writing and subject matter?

Oh gosh, how long do we have? First off, I think Brandon is just brilliant on the level of the line: There’s a spare and absolutely haunting quality to his prose, and a strangeness and lyricism to the way that he uses imagery that’s incredibly disarming. Those strengths work beautifully with the subject matter of Where the Dead Sit Talking, which in so many ways is a story about trauma and obsession and the unsettling manner in which a need for human connection can express itself. The 15-year-old narrator of the book, Sequoyah, is someone who’s been, to an extent, brutalized by his childhood so far, from his life under the care of a mother with substance abuse issues to his unmoored time in the foster-care system. Brandon does such a stunning job of bringing the inner life of that character—including all its passion and luminescence and terror and ugliness—to the page.

What’s the best way for a nonfiction author to get your attention? The nonfiction writers that you represent deal with a wide range of topics; what do you see as the common themes between them?

There are a few different things that really draw my attention to a nonfiction author: a unique and well-established beat, a strong platform and position of authority in their field, and a distinctive voice are a few of them. One consistent question when thinking about nonfiction projects is whether the topic will attract a reader at book length (versus, say, a long-form article); another is whether the author is inarguably the right person to write that book. I’m willing—and to some degree expect—to do a fair amount of work on a proposal, but it’s harder to fix pitch or platform issues.

This will sound cheesy, but a common thread between my nonfiction clients is that I’m a little in awe of the way their brains work—their ability to trace deeper patterns running through the everyday, their eye for stories that haven’t been fully explored but help explain the reality that we live in now, their willingness to probe at and challenge an accepted way of seeing or thinking. Basically, no matter the topic, I like nonfiction that surprises me.

What under-covered subjects would you like to see addressed more, in both fiction and nonfiction, in the next few years?

One exciting thing about our current publishing moment is that publishers are increasingly looking for diverse voices and stories; that’s an incredibly positive movement in the industry, and we’ll hopefully see it continue to grow. As mentioned earlier, I’m very interested in work that thinks through oppression and marginalization: those stories are critically important to understanding how inequality historically occurred and how it’s perpetuated in the present. But I’d say I’m also hoping that we continue to see more stories about all aspects of the experiences of under-represented groups, including the joyful and quotidian and quiet and intensely internal.

What themes and concepts, in both fiction and nonfiction, do you feel are simply played out?

It feels like a few trends have been hot for a long time now, historical fiction (particularly set around World War II) and domestic psychological thrillers being two examples. That means it’s harder to come up with plots or concepts that really break out of the pack in those categories. But you can never say never, for either concepts or themes. Part of the delight of the job is seeing something familiar rendered unfamiliar in the hands of a talented writer.

Caroline Eisenmann is an agent at the Frances Goldin Literary Agency, representing adult literary and upmarket fiction and nonfiction. She joined the agency in 2017 after spending four years at ICM Partners; prior to her time at ICM, she worked in marketing at the digital publisher Open Road Media. Caroline grew up in the Boston area and attended Wesleyan University, where she obtained an interdisciplinary undergraduate degree in literature, history, and philosophy. You can find her on Twitter at @CarolineMEisen.