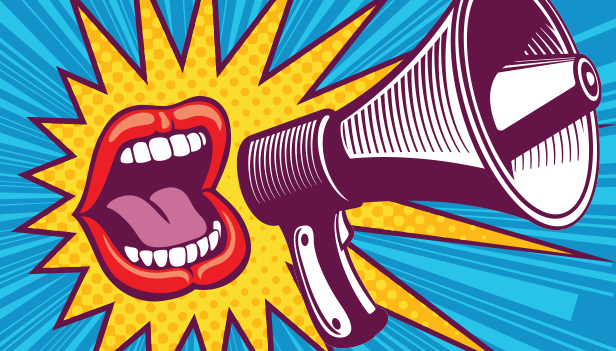 During my decade and a half as a book editor, I’ve spent countless hours with manuscripts of every ilk—from fairly tidy files of out-of-print bestsellers to piles of rough interview transcripts loosely tacked together with chapter numbers—and I approach them all with a dual mind-set. On one hand, I’m scrutinizing as an editor, looking for things that are incomplete, incorrect, inconsistent, or confusing. On the other, I’m functioning as a fresh-eyed beta reader for the author, approaching the story just as a bookstore browser would.

As I’m editing, my analytical mind is constantly checking in with this beta reader, asking, “Am I bored yet? If so, why, and at what point did I start to lose interest? If not, why not? Am I eager to keep reading?” This line of questioning is partly self-serving—as a writer, I’m always looking to learn from other writers—and partly professional. After all, I can’t articulate what a writer needs to do to improve his or her book if I can’t answer the ultimate question: Why isn’t this working?

What makes a novel or memoir “work” may seem like some kind of muse-gifted, ethereal je ne sais quoi, a quality the author either just has or doesn’t, but I think the answer is much simpler (at least in naming if not in execution). The difference between a story that’s spellbinding and one that falls flat is voice.

In memoir or other types of narrative nonfiction, voice is the difference between reportage (first this happened, then this happened, then he said this …) and storytelling, which uses fictive techniques like character and dialogue and plot, wrapped in the author's distinct writing style and language choices. Think of it as the difference between reading a police report and talking to an eyewitness while standing at a crime scene—both are accounts of the same incident, but only one feels alive. To illustrate my point, go read the Wikipedia entries for Perry Smith and Richard Hickock; then read a few chapters of Truman Capote’s In Cold Blood. Or curl up with a cup of tea and the CDC statement on the Ebola pandemic and then check out Richard Preston’s The Hot Zone.

All this holds true for successful fiction, as well, but because the fiction writer doesn’t have the drama or authority inherent in facts to bolster her story, she needs a little something extra, which I think of as “perspective” or “worldview.” A manuscript can have an imaginative plot and a slew of characters, but if the reader begins thinking, Why should I care about this? What does it have to do with me? What am I gaining from this? the book is pretty much sunk.

In the absence of factual authority, or the draw of true crime or a deadly pandemic, the fiction writer has to evoke empathy and offer a fresh perspective on some aspect of humanity. In this case, I think voice is the difference between a crime scene account from an eyewitness and one from the primary suspect. A bystander is going to give us a good narrative, but the accused can offer so much more emotional and psychological depth.

As you may remember from high school or college composition classes, in order to be rhetorically effective, an essay needs to have pathos (emotion) as well as ethos (authority) and logos (facts). No matter what you’re writing, this is the sacred literary trinity, which is anchored in your story by a distinct and compelling narrator. The narrator doesn’t have to be a character, but it does need to have a clear presence. That’s why I call the sum of all these elements voice—when they’re working together, the reader should hear the narrative in her head and forget the fact that she’s seeing it on a screen or printed page.

Developing your own voice

While some writers definitely “come into” their voice easier than other writers do (making the process look maddeningly effortless), the good news is that finding and developing your voice is more a matter of craft than luck or magic. By reading (and reading and reading and more reading), absorbing, questioning, and analyzing, you can learn the elements of successful voice and begin to apply them to your own work.

When you think about voice in a piece of your own writing, ask yourself these questions:

Voice is one of those artful aspects of writing that is invisible when present and starkly obvious when absent. That’s why, regardless of whether you’re writing fiction or nonfiction, voice is truly the game changer. Problems of plot or character development can be fixed, but if there’s no voice driving the story, it’s difficult for a reader to invest in it mentally or emotionally.

Literature illuminates what it means to be human in a way I think no other art form can. And so in literature, just like in life, who’s speaking and the way in which they’re delivering their message is often just as important as what’s being said.

—Lauren M. Bailey is the director of Kirkus Editorial.