Edit my Pro Profile
Publish my Pro profile
Books by A. Manette Ansay

A. Manette Ansay grew up in rural Wisconsin one of sixty-seven cousins and more than two hundred second cousins in a large extended Catholic farming family. At thirty-six, she is the author of four highly acclaimed novels, including Midnight Champagne, a 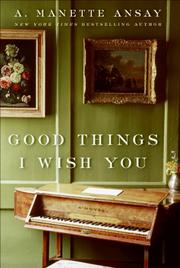 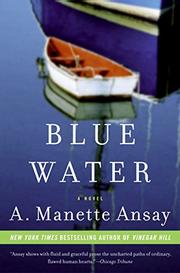 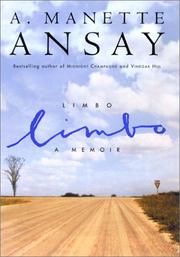 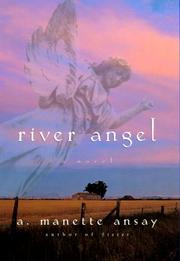 Released: April 8, 1998
RIVER ANGEL
by A. Manette Ansay
Released: April 8, 1998
RIVER ANGEL
by A. Manette Ansay
Ansay's strangely uninvolving third novel (after Vinegar Hill, 1994, and Sister, 1996) narrates the effects of an ostensibly supernatural occurrence on a small Wisconsin town: a faux-mystical tale that may enthrall the spiritually challenged while leaving more skeptical readers wondering what the hell it's talking about. The story begins when handsome, faithless Shawn Carpenter brings his motherless ten-year-old Gabriel to Shawn's brother's family in their hometown of Ambient (these names are symbols, folks: pay attention), and abandons the boy. It climaxes when Gabriel, an overweight, whiny misfit whose religious zeal alienates peers and adults alike, is pushed off or falls from a bridge after older teenagers torment him. Gabriel's body is later found ``brought'' ashore, in an attitude of peaceful repose consistent with Ambient's local legend that a resident ``river angel'' protects those who fall into its river (neither Ansay nor the Carpenters' neighbors bother to explain why this protective spirit neglects also to save its beneficiaries from drowning). Ansay structures the novel as a series of extended portraits of Ambient's citizens, who variously credit or are affected by this supposed evidence of benign celestial intervention. These include an unhappily married teacher who takes an immediate if inexplicable dislike to Gabriel, two of the teenagers perhaps responsible for his death, and several members of a women's prayer- and support- group that calls itself the Circle of Faith. The best character here, a crippled realtor who matter-of-factly shoulders her several burdens, and scorns the promises of faith healing, is introduced too late to inject any saving irony into the story's redundant grapplings with the possibilities of belief. Page by page, River Angel is deftly written and solidly characterized, but it doesn't add up to much. And, if you don't find yourself persuaded by Ansay's fable, you may detect more than a whiff of both Russell Banks's The Sweet Hereafter and the commercially dynamic contemporary Angelology fad. Ansay can do better than this. (Author tour) Read full book review >

Released: July 1, 1996
SISTER
by A. Manette Ansay
Released: July 1, 1996
SISTER
by A. Manette Ansay
Second-novelist Ansay (Vinegar Hill, 1994) again traces the scars of childhood emotional abuse—here, strikingly rendered, the crippling and even deadly effects of abuse on the lives of Abby and Sam Schiller, the children of a sadistic small-town midwestern car dealer, as they grow toward troubled adulthood in the 1970s and '80s. The characters are vivid, the reconstruction of events suspenseful and convincing. Abby, the narrator, now 30, married, settled in New York State, and pregnant with her first child, is haunted by the memory of her younger brother's baffling disappearance from their hometown of Horton, Wisconsin, one summer afternoon in 1984, 12 years before; he was never seen again. At an emotional turning point, Abby finds herself reliving Sam's slow deterioration from the sweet, imaginative, charming best buddy of her grade-school years to the defiant, self-destructive dropout who vanished on the heels of a series of town robberies. She traces his troubles primarily to her father's paranoid, unrelenting ridicule of Sam's ``sissified'' interests—and his jealousy of the boy's attachment to Abby. As familiar as these family dynamics are, the author superbly dramatizes scenes of the father's sarcastic nastiness and the kids' humiliation. The result is chilling and memorable—making the story's mild, unconvincing later developments all the more disappointing. After Sam's disappearance, Abby's father goes berserk and leaves the family; her mother becomes an increasingly devout Catholic; and Abby loses both her religious faith and her interest in a career as a musician. When, at the end, Sam's body is discovered buried in a field near the old family home, answers to all remaining mysteries (how did he die? when and why?) get swallowed up in a sentimental subplot concerning whether or not Abby will baptize the new baby. A gifted writer who needs to pace herself. (Author tour) Read full book review > 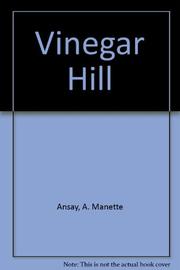 FICTION & LITERATURE
Released: Sept. 1, 1994
VINEGAR HILL
by A. Manette Ansay
FICTION & LITERATURE
Released: Sept. 1, 1994
VINEGAR HILL
by A. Manette Ansay
First-time author Ansay, a 1992 recipient of the Nelson Algren Prize, subjects her readers to a small-town family's legacy of abuse and despair. In 1972, Jimmy and Ellen Grier, a young couple with two children, move back to their German-American rural Wisconsin hometown and into the oppressive house of Jimmy's parents, a bitter couple who allow no joy or warmth at their hearth. Ellen longs to leave, but Jimmy refuses to budge, maintaining that he knows what is best for his family, which includes reverting to a kid in the presence of his mother, Mary-Margaret, and a defenseless sap in front of his abusive father, Fritz. To his children, Jimmy is an eccentric, distant man, and they are most comfortable when he is away selling farm equipment for days or weeks at a time; then they can steal some moments alone with their mother and give in to their inherent good natures. The early chapters are almost unbearable to read, as vulnerable Ellen is forced by convention into an unhappy life. The pain only intensifies as the narrative reveals the stories of Mary-Margaret, her sister Salome, Jimmy, and his twin brothers who died at birth; we see that the family's regressive behavior can be attributed to Fritz's brutality. Ellen's defense is to take prescription pills that numb her. She almost becomes another victim until she learns about an audacious act once committed by Mary-Margaret's mother, the only relative with a lick of sense. Inspired by camaraderie with this long-dead woman, Ellen flushes her pills away, packs up her kids, and plans to move on- -just when it looks like Jimmy may be breaking out of his stupor. The clichÇd ending does not resolve a hitherto sensitive, probing story about the lasting scars of abuse. Lovely prose, but only for those who can stomach the content. Read full book review >