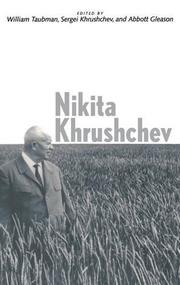 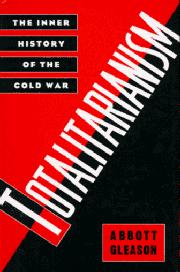 HISTORY
Released: June 1, 1995
TOTALITARIANISM: THE INNER HISTORY OF THE COLD WAR
by Abbott Gleason
HISTORY
Released: June 1, 1995
TOTALITARIANISM: THE INNER HISTORY OF THE COLD WAR
by Abbott Gleason
A fundamental work that reflects on the history of the past half century. Gleason (History/Brown; Young Russia, 1980, etc.) has given us the contemporary equivalent of Hannah Arendt's The Origins of Totalitarianism (1951), which introduced the totalitarian paradigm to American thinkers. Gleason's book could accurately be subtitled ``The History of an Idea.'' Displaying an impressive command of his material, Gleason traces totalitarianism as a theoretical model, from the initial concept as developed in the 1920s by the Italian fascist theorist Giovanni Gentile to the writings of V†clav Havel. The author discusses Fascist Italy, Nazi Germany, and Stalin's Russia under a totalitarian topology consisting of a rejection of liberalism, the primacy of politics, the use of social myth, and mass mobilization and nationalization. In English-speaking nations, he writes, the term totalitarianism became a useful tool in dividing the world into a Manichean battlefield, and when WW II ended the model was simply transferred from Nazi Germany to the Soviet Union in the service of the Cold War. This conceptual shift was a fundamental aspect of conservative thinking, reaching its apogee with Reagan's ``evil empire'' and Jeane Kirkpatrick's distinction between totalitarian and authoritarian societies (the latter, unlike the former, possessed the ability to transform themselves into democracies, e.g, Spain, Greece). With the disintegration of the Soviet Union, this intellectual construct was destroyed and scholars are once again examining the totalitarian paradigm. Gleason also explains the intriguing idea of ``posttotalitarian societies'' as developed in Poland, the Czech Republic, and Russia. A final irony: Western intellectuals began to question the efficacy of the totalitarian model as early as the 1960s; today, it is the Russians themselves who are calling their society totalitarian. An essential, fascinating, and thought-provoking work of intellectual history. Read full book review >