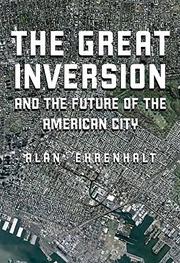 HISTORY
Released: Sept. 27, 1995
THE LOST CITY: DISCOVERING THE FORGOTTEN VIRTUES OF COMMUNITY IN THE CHICAGO OF THE 1950'S
by Alan Ehrenhalt
HISTORY
Released: Sept. 27, 1995
THE LOST CITY: DISCOVERING THE FORGOTTEN VIRTUES OF COMMUNITY IN THE CHICAGO OF THE 1950'S
by Alan Ehrenhalt
In this evocative study, Ehrenhalt (The United States of Ambition, 1991) suggests that the era of '50s, for all its faults, has some vital lessons for today's society, which is frequently marked by the absence of a sense of community and responsibility. Although they had a bad press, many people, observes Ehrenhalt, look back to the Eisenhower years as a golden age, especially those who came through the Depression and WW II. Ehrenhalt evokes for us a mixed world in which choices were limited but commitment offered other rich rewards, a world in which Ernie Banks always played for the Cubs (he had to, but he was happy) and the Lennox Corporation ignored the bottom line by keeping its original factory open in Marshalltown, Iowa. Focusing on his native Chicago, the author takes us around the streets of a blue-collar Catholic parish, with its mom-and-pop grocery stores where credit was always available, and its hardworking nuns, usually from Detroit, who made the edifice of Catholic education possible. Then we move to the South Side ghetto of Bronzeville, where the Chicago Defender advocated against the Jim Crow system and controversial leaders like William Dawson and J.H. Jackson provided vital models of achievement and hope. Finally, we enter the split-level homes of Elmhurst, a white, middle-class, commuter suburb, where school authorities were concerned about chewing gum and people put their religious faith largely in the American way. Ehrenhalt carefully avoids nostalgic one-sidedness, and he points to factors that caused the revolution of the '60s. Arguing that, pace many conservatives, the true enemies of community are excessive trust in the free market and the cult of unlimited choice, he suggests that the coming generation may well be less leery of authority and stability. A powerfully written and astute analysis that challenges our preconceptions about the past and pessimism about the future. Read full book review > 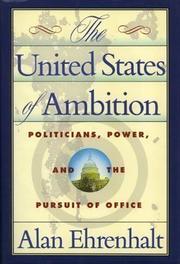