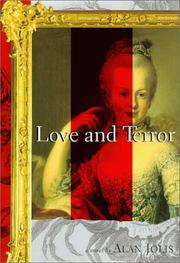 FICTION & LITERATURE
Released: July 1, 1998
LOVE AND TERROR
by Alan Jolis
FICTION & LITERATURE
Released: July 1, 1998
LOVE AND TERROR
by Alan Jolis
A workmanlike and intermittently interesting novel about the heyday of the guillotine, from the author of Mercedes and the House of Rainbows (1988) and Speak Sunlight (1996). Jolis's somewhat frantic story, set in Paris in the Revolutionary year of 1793, is focused on the crises supervised and suffered by Robespierre's "chief concealer, chief bloodhound and first spy" (a.k.a. police commissioner), former priest Joseph FouchÇ. While heads are rolling and "The Incorruptible One" orchestrates a continent-wide search for "the widow Capet" (Marie Antoinette), FouchÇ nervously pulls strings; his beloved mistress Nenette, who closely resembles the reviled Queen, is substituted for her when Marie escapes a jail cell on the eve of her trial. Robespierre, told that "a substitute" exists, orders her execution— precipitating FouchÇ's plot to murder his master. It all gets pretty tangled, though Jolis has amassed an impressive amount of lively period detail. This is vitiated, however, by occasional anachronisms ("gang-raped"), romance-novel effluvia ("What a fool I was to believe you"), and melodramatic clichÇs ("FouchÇ is a spider, and his web spins out across all of France"). Short sentences and paragraphs are clearly intended to suggest the onrushing momentum of great events, but the story seems merely hurried. Characterizations are generally thin, even though cameo appearances are made by historical luminaries Danton, military commander (and sometime mercenary) Axel Fersen, and American radical Thomas Paine. The best single scene, in fact, details Paine's plan "to spirit the Queen out of France" in order to save the Revolution's reputation by denying it this single opportunity for bloodthirsty excess. If FouchÇ and Nenette were a little more like Bergman and Bogart and a little less like the protagonists of Now, Voyager, Jolis's novel might have exhibited rather more of both emotions. Skip this one, and reread Les MisÇrables. Read full book review > 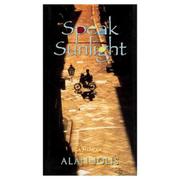 NONFICTION
Released: Feb. 1, 1996
SPEAK SUNLIGHT
by Alan Jolis
NONFICTION
Released: Feb. 1, 1996
SPEAK SUNLIGHT
by Alan Jolis
Fond but unarresting memoir of novelist Jolis's (Mercedes and the House of Rainbows, 1988) childhood vacations in Spain. Jolis grew up in Paris, where his American parents employed a squabbling Spanish couple as cook and butler. The exuberant, earthy, pumpkin-shaped Maruja and the wispy, taciturn, forever put-upon Manolo served as surrogate parents to Jolis and brought him home with them for a series of summers in the early '60s. Maruja and Manolo kept a house by the Atlantic in northern Galicia as well as an apartment in Pamplona; Jolis also had relatives in Madrid and Vigo, and the memoir jumps from place to place and year to year with deliberate vagueness. One evening in Madrid, Jolis's suave Uncle Joaqu°n dragged the boy along with Maruja and Manolo on an entertaining bar crawl. In Maruja's dirt-poor home village, Jolis accompanied her up a mountain to the deathbed of a relative and watched the flamenco dancing of his female cousins with lustful appreciation. In the book's most sustained and successful set piece, Jolis evokes marvelously the delirium of Pamplona during the San Ferm°n festival: Having watched the running of the bulls from a window as a younger child, at 13 Jolis befriended a charismatic 19-year-old Basque who initiated him into the pleasures of drinking all night, running before the bulls at seven a.m., and sleeping until evening, when the bullfights begin. At times like these the memoir can be captivating. But while Jolis draws telling portraits of characters and places, one constantly yearns for some kind of narrative structure: The author is virtually mute about the facts of his life beyond this hazy succession of summers, and nowhere does he suggest how his experiences have influenced him. Not utterly unworthy as an exercise in nostalgia, but only intermittently does it speak with the lyricism Jolis aspires to. Read full book review >