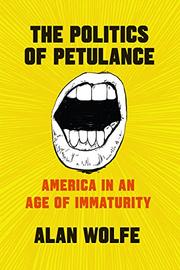 THE POLITICS OF PETULANCE: AMERICA IN AN AGE OF IMMATURITY
by Alan Wolfe
Released: Oct. 6, 2018

THE POLITICS OF PETULANCE: AMERICA IN AN AGE OF IMMATURITY
by Alan Wolfe
"Though Wolfe sometimes wants to have it both ways and may be too trusting of the motives of elites, this is a persuasive and alarming book."
A withering broadside against the immaturity that infests American politics, revealing itself in populism and demagoguery. Read full book review > 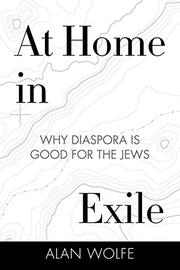 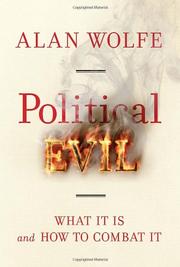 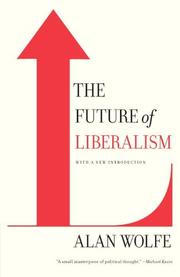 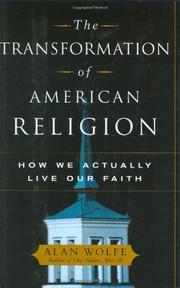 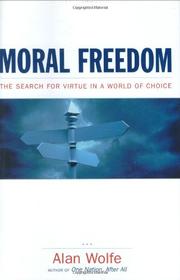 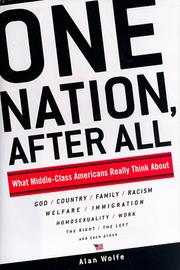 NON-FICTION
Released: March 1, 1998
ONE NATION, AFTER ALL
by Alan Wolfe
NON-FICTION
Released: March 1, 1998
ONE NATION, AFTER ALL
by Alan Wolfe
Sociologist (Boston Univ.) and social critic par excellence, Wolfe (Marginalized in the Middle, not reviewed, etc.) scores again with this thorough, edifying, and engrossing study of the fabled but elusive American middle class. Based on his Middle Class Morality Project, a group of 200 interviews conducted by Wolfe himself in eight middle-class suburbs of four citiesAtlanta (DeKalb and Cobb counties), Boston (Brookline and Medford), San Diego (Eastlake and Rancho Bernardo), and Tulsa (Broken Arrow and Sand Springs)this intimate study is a smooth read. Wolfe is master of his material, and his easy, levelheaded style keeps you reading to the end, even if only to hear the ``silent majority's'' thoughtful answers to his pointed questions about religion (``quiet faith'' is the rule), welfare (good in principle, but poorly executed), racism (``Whites are against affirmative action, blacks tend to be for it, and Hispanics are split down the middle''), patriotism (robust, but skeptical), and family (``let people make those decisions that best fit themselves''). Wolfe's bottom line is that ``there are strong divisions in middle-class America . . . people in Brookline clearly do not think the same way as people in Tulsa.'' He grants, therefore, that America is experiencing a culture war, but ``one that is being fought primarily by intellectuals, not by most Americans themselves.'' Americans are far less polarized politically than pundits would have us believe, and lean instead, toward a ``sensible center,'' where compromise and tolerance guide public life. Americans share a strong libertarian streak, or as Wolfe couches it, ``respect for moral freedom and nonjudgmentalism cut so deep'' among middle-class Americans that they are willing to accept even the things they disapprove of most strongly (e.g., homosexuality, one of the most widely reviled). Wolfe's round-up is an absolute must for anyone who wants or, in every politician's case, needs to know how Americans think. (Author tour) Read full book review > 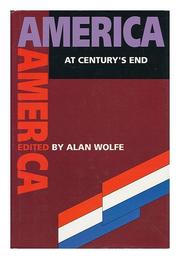 NON-FICTION
Released: Oct. 1, 1991
AMERICA AT CENTURY'S END
edited by Alan Wolfe
NON-FICTION
Released: Oct. 1, 1991
AMERICA AT CENTURY'S END
edited by Alan Wolfe
Twenty-two clear, winning, and original essays by an eclectic group of distinguished sociologists who provide an ``evaluative portrait,'' limited but provocative, of selected areas of American life in the closing decades of the 20th century. Using copious interviews and examples, focusing on ``real people living real lives,'' these essays, edited by Wolfe (Dean, Graduate School, New School for Social Research; America's Impasse, 1981, etc.) offer the best of contemporary sociological methods, along with a convincing analysis of the usual sociological topics, each with a special twist. Concentrating mainly on the past 40 years, they describe and interpret shifts in demography, politics, economics, education, religious institutions, urban life, working conditions, communications, culture (meaning entertainment), and attitudes toward time (the ``feminization of the time famine''). Individually, the pieces offer some interesting observations: the failure of the management/union model in industry (Ruth Milkman); the decline of competitiveness and changing attitudes toward money (Katherine S. Newman); the commodification of culture (J. William Gibson); the nationalization of news (Michael Schudson); the failure of progressive politics to overcome crime (Jack Katz); the declining authority of the medical profession (Jonathan B. Imber), and so on. From all of these, Wolfe concludes that America is in an age of transition, the pace of change exceeding the adaptive capacities of traditional institutions: ``We are no longer the society we once were, but neither are we the society we hoped to be.'' Topical, contemporary, anecdotal, and of general appeal, but flawed by its lack of historical context, by its failure to relate properly the past 40 years of change to precedents and movements of earlier times. Read full book review >