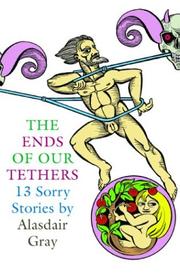 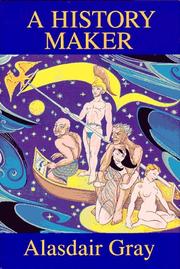 FICTION & LITERATURE
Released: May 1, 1996
A HISTORY MAKER
by Alasdair Gray
FICTION & LITERATURE
Released: May 1, 1996
A HISTORY MAKER
by Alasdair Gray
From the always original Gray (Ten Tales Tall and True, 1994, etc.), allegorical musings on war masquerading as a rambunctious novel set in 23rd-century Scotland, which, here, more resembles the Highlands in the time of Bonnie Prince Charlie. Despite the science-fictional gizmos and chat of intergalactic travel, life round St. Mary's Loch in the year 2220 is more reminiscent of the time when kilted clans armed with claymores butchered each other for a bit of heath. Among other things, they're still fighting, though for different objectives; their talk is sprinkled with archaisms; and their appetites, sexual and otherwise, are lustily premodern. War has become a spectator sport, complete with rules made in Geneva and commented on by the so- called Public Eye that—like the Goodyear blimp at a football game- -relays the contest to a watching world. Those who choose to colonize space are granted immortality, while mortals like hero warrior Wat Dryhope live lives of ``tragic sweetness'' haunted by the past. When Wat is appointed chief of the Ettrick clan after a bitter battle that few survive, he worries that war is becoming both too costly and too attractive. Though he enjoys the comfort of women (the sexual arrangements are fluid and generous) and the stability they give society—women maintain the power plants that create the food—he has, until he meets the diabolical Delilah Puddock, ``wanted danger, not safety.'' But after an encounter with Delilah, who, wanting to restore the ``competitive exploration of human resources,'' infects Wat with a virus that almost destroys the world's food supply, he gives up fighting and takes to farming. An accompanying set of Notes and Glossary adds a touch of scholarly verisimilitude. A journey to the future, with an edge blunted by whimsy but nonetheless sly and startling as Gray turns history on its head. Read full book review >

FICTION & LITERATURE
Released: March 1, 1994
TEN TALES TALL AND TRUE
by Alasdair Gray
FICTION & LITERATURE
Released: March 1, 1994
TEN TALES TALL AND TRUE
by Alasdair Gray
In this collection of (in fact) more than ten stories noted Scottish writer Alasdair Gray (Poor Things, 1993) again displays both his artistic talents—the illustrations are his own—and his sometimes quirky, but always original storytelling gifts. Many of these stories have previously appeared in British journals like The Independent and The Glasgow Herald; with a few exceptions, the most notable being a deceptively quiet horror story of rail travel in the future (``Near the Driver''), they are set in present-day Scotland. For Gray, the region is as different from England as Faulkner's Mississippi is from the rest of the US. It's a hard place of implacable pieties, rigid class structures, and an undercurrent of resentment of Tories, Toffs, and Thatcherites. But Gray is too much the artist to limit himself to bitter polemics. Humor and empathy are his preferred tools. In ``Houses and Small Labor Parties,'' the youngest member of a crew of unskilled workers poignantly confronts the realities of class and aging when he agrees to work with old Joe one Sunday on the boss's garden. An older woman who ``has no pity for men and enjoys destroying them, especially smart manipulators,'' woos her lover back because she doesn't want ``to be lonely'' (``Homeward Bound''); at a wedding, a young Glasgow woman, who deliberately dressed down knowing that her best dress would look cheap beside the English groom's relatives, is taken up and then dropped by a smug Englishman far too obsessed with the ragged jeans she wears (``You''); and a married woman, searching for her long lost faith, reads her Bible in a local pub, the only quiet place she can find, but is evicted because ``we cannot have a woman weeping in the corner of the bar. It spoils people's pleasure'' (``Are You A Lesbian?''). A remarkably unpretentious mix of wit and wisdom infused with a palpable delight in telling stories that will never turn stale. Read full book review > 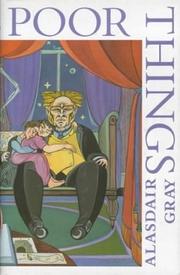 FICTION & LITERATURE
Released: March 1, 1993
POOR THINGS
by Alasdair Gray
FICTION & LITERATURE
Released: March 1, 1993
POOR THINGS
by Alasdair Gray
The recent winner of Whitbread Novel Award for 1992, as well as the Guardian Fiction Prize: a witty sendup of the Victorian pantheon as Scottish novelist Gray (Sporting Leather, 1991, etc.) masterfully demolishes those scientific, cultural, and social shibboleths that so comforted our forebears. With invented blurbs and a tongue-in-cheek introduction, Gray immediately signals his intentions to tell a story, refuted later in an epilogue, that's so bizarre that its credibility will be automatically suspect—a story more concerned with highlighting the absurdities of the day than with any reality. Setting the tale in his native Glasgow, Gray purports to be publishing the memoirs of a Victorian doctor, Archibald McCandless, the illegitimate son of a wealthy farmer who was befriended by Godwin Baxter, the strange- looking son of an eminent surgeon. Baxter, he soon learns, having removed the brain from the fetus of a recently drowned woman and inserted it in her skull, has brought the young woman back to life. Bella—a prototype Victorian new woman and a female Frankenstein- -falls in love with McCandless, but elopes first with another. Her adventures abroad are suitably picaresque; but as Bella's brain catches up with her physical maturity, she becomes aware of suffering and injustice and decides to become a doctor back in Scotland. Unfortunately, though, she's been recognized as the long- missing and presumed drowned Victoria Blessington. Her wedding to the faithful McCandless is interrupted by the arrival of her mendacious father and sadistic husband, General Sir Aubrey de la Pole Blessington. All eventually ends well—but in the epilogue, seemingly turning the story on its head, the widowed Dr. Victoria McCandless describes the tale as mainly a work of fiction that ``stinks of Victorianism.'' Which is, of course, the whole point. Gray has not only pulled off a stylistic tour de force, but has slyly slipped in a stunning critique of the late-19th-century. A brilliant marriage of technique, intelligence, and art. And, as an extra bonus, lavish illustrations by the author himself. Read full book review >

Released: June 1, 1991
SOMETHING LEATHER
by Alasdair Gray
Released: June 1, 1991
SOMETHING LEATHER
by Alasdair Gray
Combining what he calls ``the amenities of a novel with the variety of a story collection,'' Scottish author Gray (Lanark, The Fall of Kelvin Walker) presents a witty, if uneven, tale of four women brought together by ``something leather.'' Set mostly in Glasgow, at a time when the city is poised for urban renewal, the vignettes here concern the past lives of the four women. There is June, the cool divorcÇe whose only pleasure seems to be dressing well. Wanting something in leather for a change, June is introduced to Donalda and Senga, whose little leather business offers a lot more than designer clothes. Products of the Glasgow slums, Donalda and Senga have children, but the men they've lived with have never been all that satisfying. And then there is Harry Shepherd, a wealthy woman, related to royalty, whose family sent her off (at the age of five) to a very permissive boarding school in England when they discovered that her nanny had been beating her. But the nanny was the only person poor Harry had loved, and it is a long while before Harry finds a successor. It is also at this school that the reclusive Harry began to create the sculptures that were to make her famous and even richerrich enough to bankroll a leather shop to cater to all her desires, however extravagant or bizarre. Brought together at the end, the four women indulge in some kinky lesbian sex, and eachin her own wayfinds a degree of fulfillment. Gray, a lively and intelligent writer, uses the somewhat contrived plot as an excuse to get in a great many telling digs at contemporary politics, art, education, and society. But the sum, unfortunately, is not equal to the often very good parts. Read full book review >