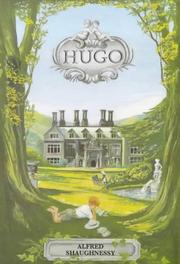 FICTION & LITERATURE
Released: March 1, 1995
HUGO
by Alfred Shaughnessy
FICTION & LITERATURE
Released: March 1, 1995
HUGO
by Alfred Shaughnessy
Shaughnessy (Dearest Enemy, not reviewed), a writer- producer for television's Upstairs, Downstairs, tells a stiff-upper-lip tale of an English boy, the home he loves, and cruel Destiny's efforts to part them. Stern, undemonstrative Sir Richard Cardwell met Rosemary Mayne, seven months pregnant, during WW I, when he called on her to inform her of her husband's death in action. Although their first meeting was not auspicious, Richard and Rosie fell in love, married, and moved to Charnfield, the Cardwell ancestral estate. There, Rosie's son, Hugo, is raised, but his young life is disrupted by the death of his mother, Richard's remarrying, and the birth of an heir to Charnfield. Eight-year-old Hugo is at first merely jealous of the attention that his baby stepbrother, Jeremy, commands, but he eventually comes to realize that Jeremy poses an even greater threat: He, not Hugo, will inherit Richard's baronetcy and Hugo's beloved Charnfield. And Richard gets along so well with brash and athletic Jeremy, so different from his scholarly and effeminate stepbrother. Relations are strained, especially after Richard catches nine-year-old Hugo and an older school chum in flagrante delicto in Hugo's play hut by the lake. Hugo is sustained, though, by his academic and social successes at Eton and Oxford, and by the mutual admiration between him and his stepmother, Celia, who feels closer to Hugo than to her own son. Richard and Hugo patch things up somewhat when Hugo distinguishes himself in the Army during WW II, but Richard soon dies. Celia remarries and moves to Kenya, and Jeremy—now Sir Jeremy—determines to sell Charnfield. Hugo nearly ends his life from despair, but a timely knock on his door saves him, brings him love, and leads him to find a way to save his home. A little like Howard's End without the skillful plotting and emotional resonance: dry, dusty, and very English. Read full book review >