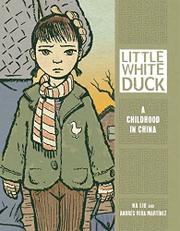 Beginning with a breathtaking dream of riding a golden crane over the city of Wuhan, China, Liu Na, recounts her subsequent waking only to discover that Chairman Mao has passed away. The 3-year-old finds this difficult to process and understand, although she is soon caught up in the somber mood of the event. From there, her life unfolds in short sketches. With this intimate look at her childhood memories, Liu skillfully weaves factual tidbits into the rich tapestry of her life. In the section titled "The Four Pests," she explains about the four pests that plague China—the rat, the fly, the mosquito and the cockroach (with an additional explanation of how the sparrow once made this list, and why it is no longer on it)—and her stomach-turning school assignment to catch rats and deliver the severed tails to her teacher. In "Happy New Year! The Story of Nian the Monster," she explains the origins of Chinese New Year, her favorite holiday, and her own vivid, visceral reflections of it: the sights, sounds and smells. Extraordinary and visually haunting, there will be easy comparisons to Allen Say's Drawing from Memory (2011); think of this as the female counterpart to that work.