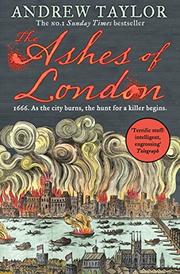 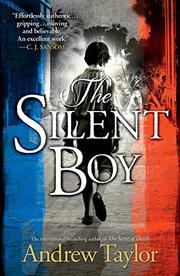 FICTION & LITERATURE
Released: Oct. 20, 2015
Reviewed: July 29, 2015
THE SILENT BOY
by Andrew Taylor
FICTION & LITERATURE
Released: Oct. 20, 2015
THE SILENT BOY
by Andrew Taylor
"A touch of intrigue, a soupçon of espionage, wrapped in tense and suspense-laden mystery."
In Taylor's newest historical crime novel (The Scent of Death, 2014, etc.), Edward Savill, home in London after working for the American Department in New York during the Revolutionary War, must deal with a shocking personal crisis. Read full book review > 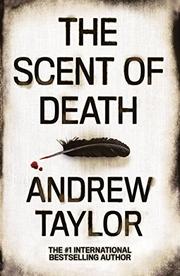 FICTION & LITERATURE
Released: Oct. 14, 2014
Reviewed: Aug. 14, 2014
THE SCENT OF DEATH
by Andrew Taylor
FICTION & LITERATURE
Released: Oct. 14, 2014
THE SCENT OF DEATH
by Andrew Taylor
"'[A]n American...is not an Englishman any more. He is become quite a different animal' and capable of murder most foul.
"
In his latest, Taylor (The Anatomy of Ghosts, 2011, etc.) conjures up crime fiction from an unlikely setting—rough-and-tumble New York City during the American Revolution.Read full book review > 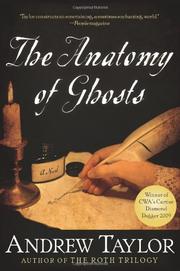 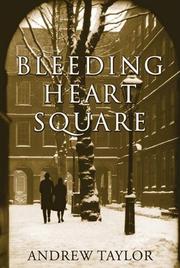 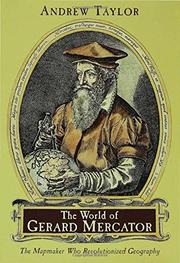 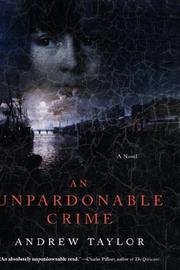 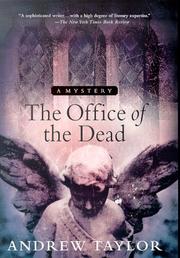 THE OFFICE OF THE DEAD: VOL. III OF THE ROTH TRILOGY
by Andrew Taylor
MYSTERY THRILLER
Released: Aug. 1, 2000

THE OFFICE OF THE DEAD: VOL. III OF THE ROTH TRILOGY
by Andrew Taylor
Taylor completes his unique reverse trilogy, which began in 1995 with The Four Last Things (1997) and traveled back to 1970 with The Judgment of Strangers (1998), in this deceptively quiet cathedral mystery, set in 1957-58, which packs wronged wife Wendy Appleyard to the Dark Hostelry in Rosington, where she licks her wounds at the home of her best friend, Janet Byfield, whose husband David, vice principal at the local theological college, is sedately angling to replace the retiring principal. Working part-time at cataloguing the cathedral library, Wendy becomes fascinated with the dark figure dominating the whole trilogy: Rev. Francis Youlgreave, whose death 50 years earlier hasn't stilled the gossip about his demented poetry, his fondness for mutilating animals, and his scandalous sermon advocating the ordination of women. What became of Simon Martlesham, a boy who ran errands for Youlgreave, and his sister Nancy, who vanished without a trace soon after appearing as an angel (one of several of the creepiest angels imaginable on display here) in a mysterious group photo? Youlgreave's spirit returns with a vengeance in a modern-day murder that looks backward to his own lifetime and forward to the first two chapters of the trilogy. Read full book review > 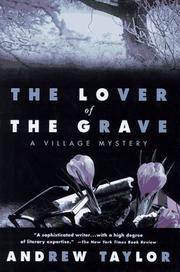 MYSTERY THRILLER
Released: Aug. 15, 1997
THE LOVER OF THE GRAVE
by Andrew Taylor
MYSTERY THRILLER
Released: Aug. 15, 1997
THE LOVER OF THE GRAVE
by Andrew Taylor
More work for the undertaker in the 50-year-old village of Lydmouth, where the cast's memories of the late war are eclipsed this time by the image of a man left dangling from the storied Hanging Tree in nearby Ashbridge. Inspector Richard Thornhill is informed that the corpse is that of Les Carrick, of Moat Farm, but it isn't—it's his twin brother Mervyn, a master at the Ashbridge School. (Is it really Les after all? Or did someone murder Mervyn mistaking him for Les? Time will tell.) Meanwhile, a Peeping Tom has set his prying eyes on higher sights, moving up from boring holes in the ceiling of a public convenience to peering in a window at Larry Jordan, the famous actor visiting the Bull Hotel incognito, to flashing Lydmouth Gazette reporter Jill Francis. In addition, Taylor (The Mortal Sickness, 1996, etc.) presents a properly suspicious Italian hand who just won't leave Moat Farm to return to his own country; decorous hints of adultery, illegitimacy, and blackmail; and an observant sixth- former whose story about seeing the late Mervyn Carrick just before he was killed keeps changing with the moon—in other words, nothing unfamiliar, nothing untoward, and all tossed together with a soothing lack of dramatic urgency, or of tangible clues. Readers who, beguiled by Taylor's understated wit and nostalgic charm, persist to the end will be rewarded for their patience by an unguessable killer. Read full book review > 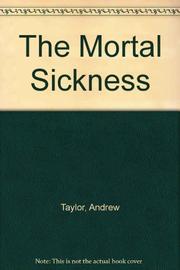 MYSTERY THRILLER
Released: July 8, 1996
THE MORTAL SICKNESS
by Andrew Taylor
MYSTERY THRILLER
Released: July 8, 1996
THE MORTAL SICKNESS
by Andrew Taylor
Secrets abound in the postWW II, conventional-seeming lives of the residents of Lydmouth, an English town much centered on its church—St. John's—where the gentle new vicar, Alec Sutton, is at odds with some of his parishioners. The congregation wants the church's 13th-century Lydmouth Chalice, kept locked in the vestry, to be sold for much needed repairs. Sutton has refused to go along, but the question becomes academic when the Chalice is stolen, the thief leaving behind the body of a regular churchgoer, Catherine Kymin, killed by a blow to the head. Jill Francis (An Air That Kills, 1995, not reviewed), a writer for the town's Gazette, is the forerunner of a dozen reporters who arrive to do a piece on the Chalice almost as the body is discovered. Meanwhile, a series of anonymous letters to town and church bigwigs muddies the waters for Inspector Thornhill and Sergeant Brian Kirby. Kirby is already unsettled by his secret affair with Jemima Orepool, the wanton, orphaned niece of church patron Sir Anthony Ruispidge, who's keeping her on a short leash, away from London's fleshpots. Kirby is not her only conquest, as becomes apparent after Jill gets bonked on the head in the barn of the Bull Hotel, and after yet another murder victim is discovered. The author rambles leisurely from one (mostly dysfunctional) relationship to another, dwelling at length on looks, sighs, and touches—revealing the killer early on in a story more given to fine-tuned domestic drama than to suspense. Still, intriguing enough to hold most readers to the finish. Read full book review > 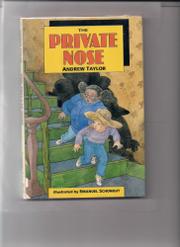 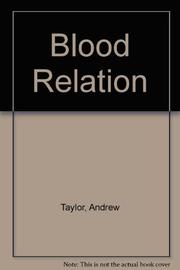 MYSTERY THRILLER
Released: April 1, 1991
BLOOD RELATION
by Andrew Taylor
MYSTERY THRILLER
Released: April 1, 1991
BLOOD RELATION
by Andrew Taylor
A new puzzle for William Dougal low-keyed part-time P.I., part-time book editor who now works for once shady long time friend James Hanbury (an old school tie, etc.), the respectable division head of a huge security business called Custodemus, founded by daughter Victoria to secretly investigate the disappearance of her lover Oz Finwood, a publisher, who was nowhere to be found when she arrived at the cottage they'd borrowed for a week's vacation, although his car and clothes were in place. It's William who discovers Oz's body on the property, victim of an accident, according to police, but Victoria's not satisfied. Unanswered questions multiply as William meets Oz's ex-wife, child and mother- in-law. A con man brother-in-law supposedly living in Turkey lurks in the background, along with a mysterious best-selling author. William doggedly pursues his leads and tries to attain some contentment with his independent girl friend Celia and their baby daughter Eleanor. The story that unfolds is complex but believable; the characters convincingly quirky; the ending ambiguous — overall, neat, liberate and entertaining. Read full book review >