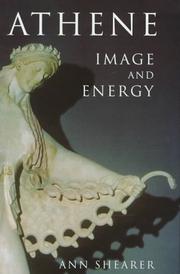 NON-FICTION
Released: July 1, 1997
ATHENE: IMAGE AND ENERGY
by Ann Shearer
NON-FICTION
Released: July 1, 1997
ATHENE: IMAGE AND ENERGY
by Ann Shearer
In lesser Joseph Campbell style, the brainchild deity is viewed as archetype, traced over the millennia as the union of masculine/feminine, the Jungian anima/animus. In the second tribute to Athena this year (after Lee Hall's, see p. 352), Shearer, a London-Oxford Jungian analyst, finds nearly inexhaustible inspiration in the goddess of wisdom and warfare. Athene opens strongly with a summary of Athena/Pallas/Minerva's classical heritage, particularly her significance in Athens' Panathenaean ceremony and her more distant pagan manifestation as Sulis Minerva in Bath. Shearer is less diligent in arguing her thesis of the masculine-feminine deity, however, as she expands it to draw archetypal parallels with other deities: the Celtic Morrigan, the Sumerian Inanna, the Egyptian Neith, the Indian Kali, and less recognizable prehistoric goddesses. The author's arguments become progressively looser and less compelling as she canvasses the Athene-streak in Christian theology (Eve, Mary, and Sophia, i.e., Wisdom incarnate), Elizabethan politics and alchemy, and the Victorian ideals of femininity. Shearer unearths some interesting historical tidbits for symbolic touchstones: Florence Nightingale kept a pet owl named Athena, and Freud had a favorite statue of the goddess on his desk (which he described as ``perfect, only that she has lost her spear''). Discussing the modern significance of the goddess, Shearer hopes for a return to a golden-age matriarchal society of peacefulness—with Athena embodied by the ``Greenham Women'' protesting American cruise missiles rather than by the Boadicea-like Margaret Thatcher. Throughout, Shearer's prose suffers most from an affected matiness, reflected in the ostentatiously slangy translations of Homer, Hesiod, Ovid, et al., which are currently in vogue in England. Rather than sounding up-to-date, the forced conversational tone makes the reader feel trapped in a nervy Oxbridge tutorial. (24 pages b&wh illustrations) Read full book review >