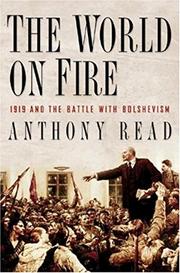 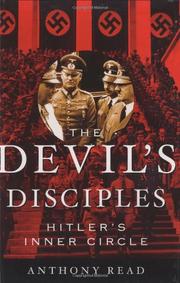 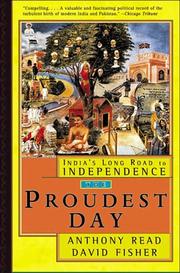 HISTORY
Released: April 1, 1998
THE PROUDEST DAY: INDIA'S LONG ROAD TO INDEPENDENCE
by Anthony Read, David Fisher
HISTORY
Released: April 1, 1998
THE PROUDEST DAY: INDIA'S LONG ROAD TO INDEPENDENCE
by Anthony Read, David Fisher
A change of pace for the authors, who have written extensively on Germany (The Fall of Berlin,1994), but their history of the British in India is just as good. The British government got into the act with the Honorable East India Company in 1773 when the company was baled out of a financial embarrassment. British rule of the subcontinent was always remarkable for the way in which a tiny civil service, some 1,000 strong, and a small army controlled a country that, by the end of British rule, had a population of 400 million. Equally remarkable was the loyalty of the Indian people: During the WW I, nearly one and a half million Indians volunteered for military service. By the end of the war, the mood had soured, in part because expectations had been raised as to what Britain's reaction would be. The history of the next 30 years, in less skillful hands, could have been a dreary tale of misunderstandings, mistrust, and missed opportunities, but it is relieved by the unflagging zest of the authors and their lively understanding of the frailties and foibles of the participants: Gandhi, part politician, part saint, of whom it was said —Ah, if the Mahatma only knew what it costs us for him to live the simple life—; Nehru, who followed him and spent nine years of his life in prison; Jinnah, a brilliant lawyer who found in Pakistan his last and greatest client; and Mountbatten, whose charm rescued negotiations time and again, but at whose door the authors lay the blame for the haste of the British departure and the huge loss of life. They may be too severe. Something drastic was needed just to bring the arguments to an end. The authors may also err in describing this as Britain's proudest day. But their history is a stirring achievement. Read full book review > 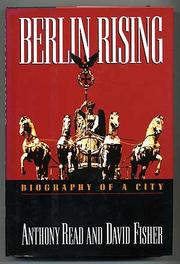 NONFICTION
Released: June 6, 1994
BERLIN RISING: BIOGRAPHY OF A CITY
by Anthony Read, David Fisher
NONFICTION
Released: June 6, 1994
BERLIN RISING: BIOGRAPHY OF A CITY
by Anthony Read, David Fisher
A lively, rewarding history from the well-qualified authors of The Fall of Berlin (1993). Acknowledging the ``strange fascination'' Berlin has exercised on the world for more than a century, Read and Fisher go back to its beginning and clarify what makes the city so strange. Tracing Berlin's growth from ``a malodorous garrison town'' in the Middle Ages to a political, industrial, and cultural capital in the late stages of its rigid Hohenzollern rule (1442-1918), they stress the age-old tension between the one-way direction of social change, imposed from above, and a mobile, ``mongrel'' populace. Berliners— a useful reminder, given today's renewed German xenophobia—are ``a people largely composed of successive waves of immigrants'': Dutch and part-Slavic Silesian settlers, and such welcome refugees as Huguenots, court Jews expelled from Vienna, Jacobite Scots; later, White Russians. Brash, skeptical, ``bloody-minded'' Berliners, the authors claim, have long made their authoritarian leaders— Friedrich Wilhelm, Bismarck, Hitler—secretly hate the city. Indeed, Berlin life is pervasively harsh: A late-19th-century female worker's life expectancy was a mere 26 years, and Princess Royal Vicky, daughter of England's Queen Victoria, came to loathe a palace that denied her baths, toilet, and running water; Goebbels himself was struck by ``the pitilessness of this town.'' In early chapters, Read and Fisher offer arresting sketches of a backwater town gripped by petty, sometimes quite demented princes, barely touched by Renaissance or Reformation. When Prussia becomes a major power and Berlin its center, however, the authors' ``biography'' gives way to more general political history easily found elsewhere, though later chapters restore local perspective on industrial growth, labor reforms, popular rebellion, and organized crime. Dowdy line drawings decorating the chapter headings underscore the final chapter's flat message of perenniality (``Berlin Is Still Berlin''), but chronologically ordered plates offer more pointed commentary to this fascinating subject. Read full book review > 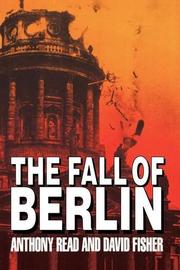 HISTORY
Released: April 26, 1993
THE FALL OF BERLIN
by Anthony Read, David Fisher
HISTORY
Released: April 26, 1993
THE FALL OF BERLIN
by Anthony Read, David Fisher
A kaleidoscopic portrait of the last days of the Nazi Reich, narrated in the best apocalyptic style by British historian/journalists Read and Fisher (Kristallnacht, 1989, etc.). The bloody final days of the bloodiest European war in history provide a spectacle that, in its stupefyingly tragic depth, could have overwhelmed a Tolstoy—although Read and Fisher manage to hold up pretty well. They set their scene carefully, starting in 1936 with the opening of the Olympic games in Berlin and guiding us along the complex route that led inexorably to the eruption of war three years later. This is preeminently a history of the German capital (rather than of the German nation) during wartime, and, as such, it possesses a clarity of focus that few other accounts of the war have achieved. As Read and Fisher see them, the Berliners as a whole were vastly unenthusiastic about Hitler and his war, suspecting from the start that the Nazis were gambling with their lives. Hitler himself seems to have requited their affections in full: For all of his grandiose dreams of rebuilding the capital into an imperial showplace, the FÅhrer obviously hated Berlin and (until the end of the war) never stayed there more than a few days at a time. When the Nazi regime finally collapsed, its end was just as Wagnerian as its rhetoric had been, and it is here that Read and Fisher manage best to convey the tenor and shape of the war's intrusion into urban life: the endless procession of refugees; the increasing chaos and lawlessness; the progressive disappearance of basic goods and amenities—and, in the midst of everything, the insane survival of Germanic traits of loyalty and duty, which led thousands to die for a doomed cause they had long since lost faith in. Splendidly researched and admirably constructed, this stands as one of the best accounts yet of the war and its terrible toll. Read full book review > 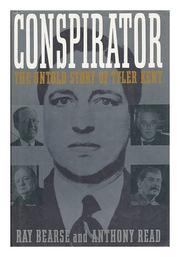 HISTORY
Released: May 1, 1991
CONSPIRATOR: THE UNTOLD STORY OF TYLER KENT
by Ray Bearse, Anthony Read
HISTORY
Released: May 1, 1991
CONSPIRATOR: THE UNTOLD STORY OF TYLER KENT
by Ray Bearse, Anthony Read
A workmanlike reprise of a once-celebrated WW II espionage case, plus an assessment of its geopolitical implications. Drawing on recently declassified archival material, memoirs, interviews with surviving principals, and allied sources, Bearse, a journalist, and Read (coauthor of Kristallnacht, The Deadly Embrace, etc.) provide a comprehensive briefing on the strange career of Tyler Gatewood Kent. The son of a globe-trotting consular official, Kent (a Princeton dropout) won a position in America's Moscow embassy on the strength of his linguistic skills. Thoroughly corrupted during his sojourn in the USSR, Kent (who had been denied advancement to Foreign Service officer) was posted to London as a code clerk shortly after the start of WW II. A virulent anti-Semite with patrician pretensions, he had access to the ultrasecret correspondence between Churchill and FDR. He made copies of these messages and other documents available to Anna Wolkoff, a Russian Çmigre with pro-Fascist leanings who passed them on to Nazi Germany through Italian diplomats. Apprehended by MI5 agents in Mary 1940 as Hitler was smashing through France, Kent was stripped of his immunity by the State Department. He stood trial in camera in the Old Bailey and was convicted on six counts of violating the UK's Official Secrets Act. Sentenced to seven years' penal servitude on the Isle of Wight, Kent returned to the States following his 1945 release. Shortly thereafter, he married a wealthy divorcÇe who kept him in affluent comfort until his death in 1988. While Bearse and Read offer an oddly bloodless account of Kent's treachery, they make a fine job of evaluating the potentially disruptive political consequences of his crimes, including potential damage to FDR's bid for a third presidential terms and to Joseph P. Kennedy's diplomatic career. An intriguing footnote to the history of WW II, then, which is longer on global perspectives than human-scale insights. (Sixteen pages of photographs-not seen.) Read full book review >