Edit my Pro Profile
Publish my Pro profile
Books by B. Wongar 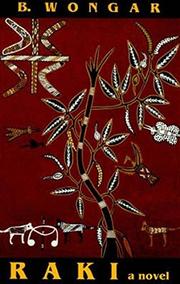 FICTION & LITERATURE
Released: Sept. 30, 1997
RAKI
by B. Wongar
FICTION & LITERATURE
Released: Sept. 30, 1997
RAKI
by B. Wongar
Over the past three decades Wongar's stories and novels (Gabo Djara, 1987, etc.) have been shaped by and focused on crimes against humanity. With myth-derived images, often surreal or grotesque, and melodic tributes to ancient tribal knowledge, he's cried out against the decimation and attempted de-culturization of Australia's Aboriginals. Here, the author, born Streten Bozic in Serbia (he includes a brief autobiographical introduction), parallels the plight of two peoples linked in agony: Serb peasants and the Aboriginals. ``Instead of `history' we have the word `ancestry,' '' writes the nameless prisoner who will escape at the close—as a dingo (a wild dog that, to the tribal people, is a reborn human soul). In Wongar's version of Serbia, trees, boulders, animals and birds, and unseen beings, as in Australia, hold the stories of a place and a people. The stories his Serbian characters tell one another concern the continuity of horror, stretching from the Ottoman invasion of the Middle Ages down to the arrival of the Nazis and their Croat allies. In Australia, the invaders are whites who would mine uranium, test nuclear bombs, and round up and contain the Aboriginals. Men are hunted down and shot; children are roped together and taken away while their horrified mothers watch. The scenes shift from deserts, prisons, and poor villages to chilling commentaries by overseers mulling the utilization of captive people—should they be laborers, should they be done away with, or should they be preserved as curios? Horrors and atrocities mount, while the Aboriginals' native-woven rope (raki) becomes a symbol of captivity, a noose strangling both peoples. Wongar even extends his criticism to the media, which he excoriates for ``maligning'' Serbs. (Certainly their tragic past cuts deep.) A harsh, hoarse, repetitive collage of voices, images of terror, and desperate struggles for life: a nagging plaint, perhaps, but occasionally as haunting as a dingo's howl. Read full book review >